Every England fan can replay that drop goal in their mind. The ball leaving Matt Dawson’s gloved hands almost in slow motion, gold jerseys starting their charge, and Jonny Wilkinson’s cool demeanour as he strikes the ball over with his weak foot.

Seventeen years on, England’s current squad are in the midst of a rebuild as they prepare to face Ireland on Saturday. The man that led Australia against them on 22 November 2003 in the Rugby World Cup final is now at the heart of their cause. Eddie Jones is the man tasked with taking England to the very summit of world rugby once more.

Having won three of the last five Six Nations, there is an optimism around England rugby like nothing we have seen. Club sides Exeter Chiefs and Bristol Bears are the champions of Europe, Exeter winning the Heineken Champions Cup and Bristol the Challenge Cup. Yet while there are parallels between the state of play prior to 2003 and the position now, the current squad is still at a preliminary stage of its maturation.

In 2003 Wasps had won the Challenge Cup, but the setup of the England national team was much different. Many of the England team had been together for numerous years, Jason Leonard having made his debut in 1990, captain Martin Johnson in 1993. Today the landscape looks different despite the goal being the same, with Eddie Jones still working out who are going to be his stars at the Rugby World Cup in 2023. 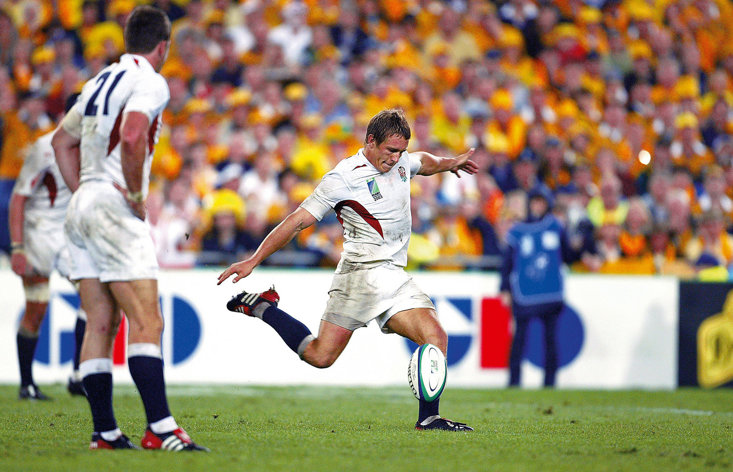 In 2020 alone, Jones has given debuts to nine players in the Six Nations and Autumn Nations Cup. As a result of this, former ITV commentator John Taylor, who was the leading voice of ITV’s coverage of the World Cup in 2003, believes that England’s leading man still has some planning to do as he looks to make the most of a huge number of available options.

“You might say that Eddie is being a little fast and loose with his team, in the sense that he perhaps thinks he has got more time than he has, because he is still experimenting,” Taylor tells The Sportsman. “That England side in 2003, by the end of the tournament, they had something like 10 of the top 20 most capped players for England ever.

“At the moment, apart from Ben Youngs who has obviously just tipped the 100-cap mark, it strikes me that Eddie is still really experimenting. I don’t think he has a clue what his best back division is at the moment.

“You might argue that Manu Tuilagi might definitely be in there if he were fit. In the forwards, he has got some terrific youngsters, lots of them, I don’t think I have ever seen an England side with such strength in depth, the backrow in particular, and you have got some youngish players in terms of experience who are going to be at their peak.” 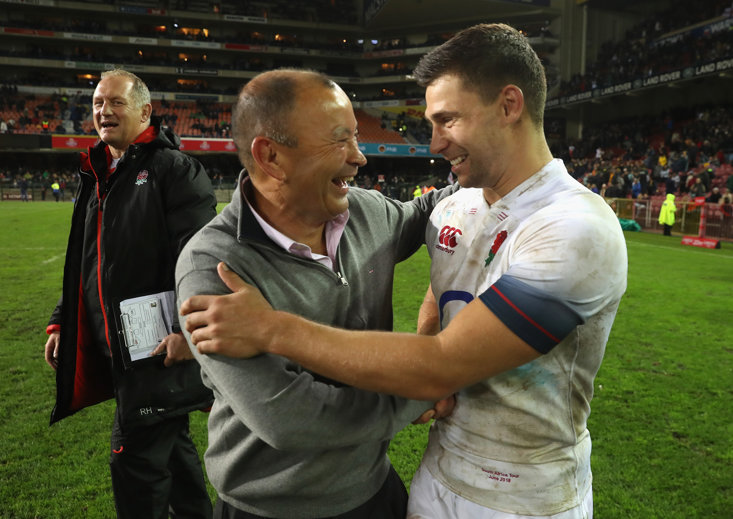 YOUNGS PROVIDES THE MAJORITY OF EXPERIENCE IN JONES' SQUAD

It is the back row that is the most troubling position group to get correct. In 2018 it seemed as though England had no natural jacklers of the ball. Fast forward just a year later and England could pick from a list including Sam Underhill, Tom Curry, Mark Wilson and Lewis Ludlam, and a year later came Jack Willis’ emergence in the 2019/20 Premiership season, where he gathered 46 turnovers in domestic competition. As a result, many think Willis should have a starting berth for his country.

In many ways, Jones’ problem comes from having too many options. In every position group there are at least three players capable of performing admirably at the highest level of international rugby.

A key to Sir Clive Woodward’s World Cup-winning side 17 seasons ago was that he knew who his starting 15 were and stuck with them throughout, injury permitting. 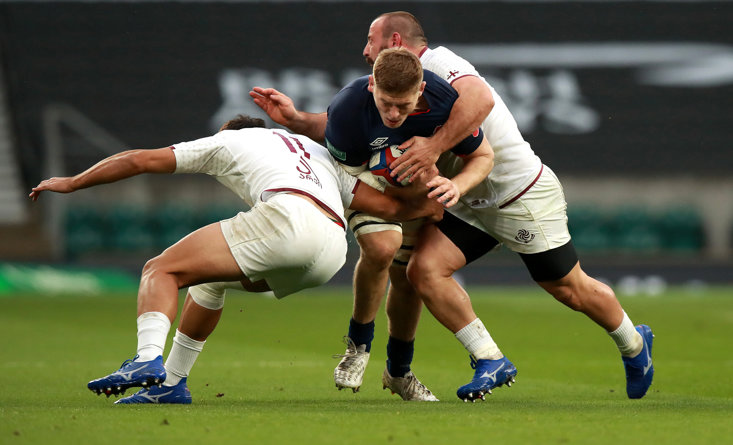 “At the moment, Jones is still in the experimental zone and he is right to do that at the moment,” Taylor adds. “He needs to make some of those decisions fairly quickly, so he can commence the final 18 months of preparation for the next World Cup, allowing those guys to really forge that team ethic and domination that the side in 2003 had.

“With the amount of talent, the only thing that worries me is if he is going to make that decision early enough. The backrow forwards, for example, I think are terrific, the front row is looking really, really strong.

“He needs to pick a moment, almost now, in his head to say ‘I want to know my side, my starting 15’, maybe 18 months before [the next World Cup] and then it is honing that lot and getting the very, very best out of them. Talent-wise, there is stacks and stacks of talent in English rugby at the moment, there really is.”

England have 30 games until the next Rugby World Cup in France. It may seem like a lot, but in reality, it is not. Woodward’s England starting XV that day in Sydney had an average age of 28, whilst Eddie Jones’ starters for today’s game against Ireland have an average age of 27.

There is an old adage that practice makes perfect. With international rugby this is no different. Eddie Jones has all the talent in England to choose from, but the key factor is finding the right combination to take England back to the top of international rugby once more. They might never have had the depth they currently have as they bid to build towards a second World Cup triumph.