As Lionel Messi trudged off on Sunday, it felt like we were watching the real world in negative form. Normally, it is an opponent making the long walk for an early bath after being sent off for a foul on the Barcelona megastar, not the other way around.

That first red card of Messi’s Barca career against Athletic Bilbao in the Copa del Rey final, at the age of 33 and in his 753rd appearance for the Blaugrana, was part astonishing due to the fact we had just seen him hit out like never before, and part incredible in that it was a first.

Think about it, how many times COULD he have slung an arm at an opponent? This is a man who has been booted from pillar to post during his career, his skills so mesmeric that so many defenders have opted for foul means at the earliest opportunity in their bid to stop him.

He has been kicked, elbowed, rugby tackled and tugged back probably more than any other player of this era, and yet it took 753 games for him to be caught seeking retribution through anything other than his usual brilliance. The treatment he received from Jose Mourinho’s Real Madrid alone in those 2011 Champions League semi-finals would have been enough for most people. 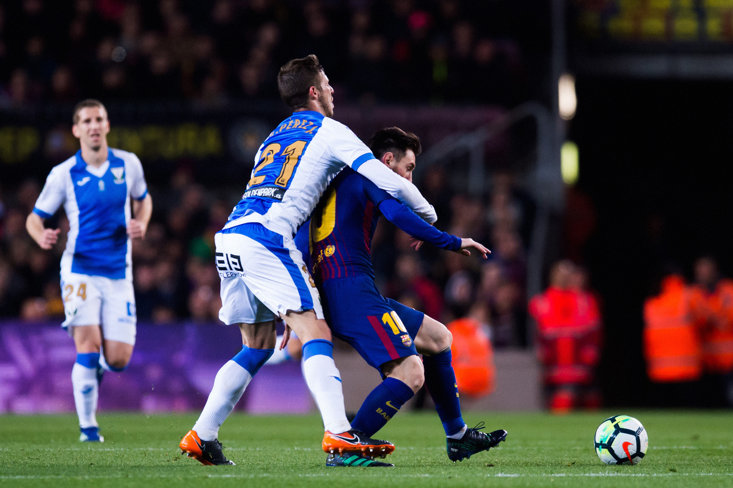 There is no understating Messi’s restraint over the years. People have rightly drawn parallels between him and the late, great Diego Maradona, not just because of their Argentine heritage and their low centre of gravity, but also their fearlessness in riding challenges.

Maradona, for his part, played in an era when lots of players attempted to take on opponents with great regularity, it just so happened that he was on another level from everybody else who tried it. His phenomenal second goal against England in the 1986 World Cup quarter-final was the most obvious example of that kind of slaloming run, but it was typical of his entire career.

Yet Messi has replicated that magic in a time when few players are bold enough to take on multiple defenders in the way he does. He has never been afraid of being kicked, or shoved, or elbowed. He has always come back for more and made his assailant look more foolish the next time they have gone head-to-head. All this while the rest of football has retreated to a trend of tactics over tenacity. So many attacks are now highly-scripted, developed on the training ground rather than based around the genius of one man who can waltz through reinforced defences on the way to glory. 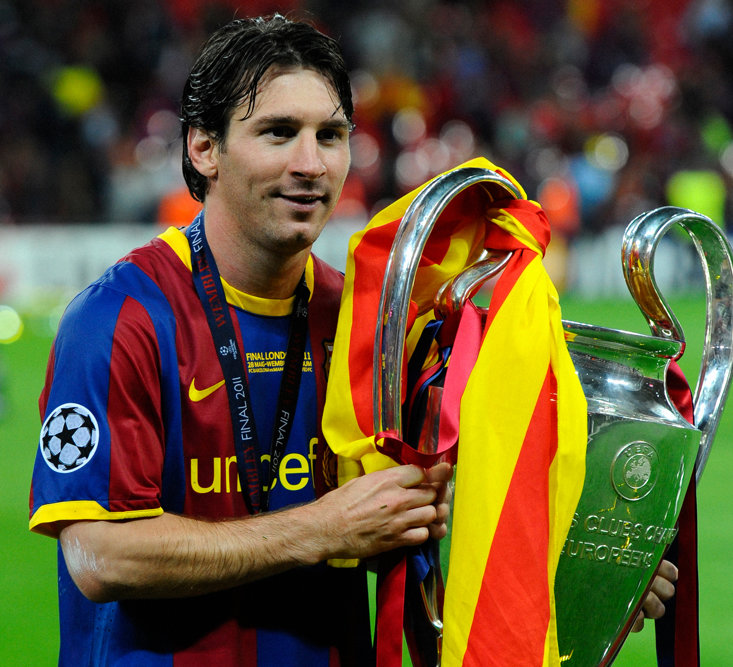 But the biggest difference between Maradona and Messi is that the former would react. He would be riled by the provocation. When he had his ankle broken by Andoni Goikoetxea – known as ‘The Butcher of Bilbao’ – Maradona ended up sparking one of football’s most notorious brawls a year later when Barca met Athletic once more in the Copa del Rey final.

And it was by no means the only time he had sought retribution. Two years earlier, playing for Argentina against Brazil at the 1982 World Cup, he was given his marching orders after a vicious challenge to the groin of Batista as an immediate retaliation to a high boot by the Brazilian on Juan Barbas.

Messi, on the other hand, has taken the bumps, scrapes and badly-injured ankles in his stride. When he was targeted and left stricken by Atletico defender Tomas Ujfalusi in 2010, the Czech publicly apologised in the aftermath after Messi had been stretchered from the field with what looked to be a broken ankle. “I wanted to apologise,” Ujfalusi said afterwards. “I wanted to play the ball and had the misfortune to hit Leo when I came down on his leg. It was scary to see his ankle bent, but it was not my intention to hurt him.” 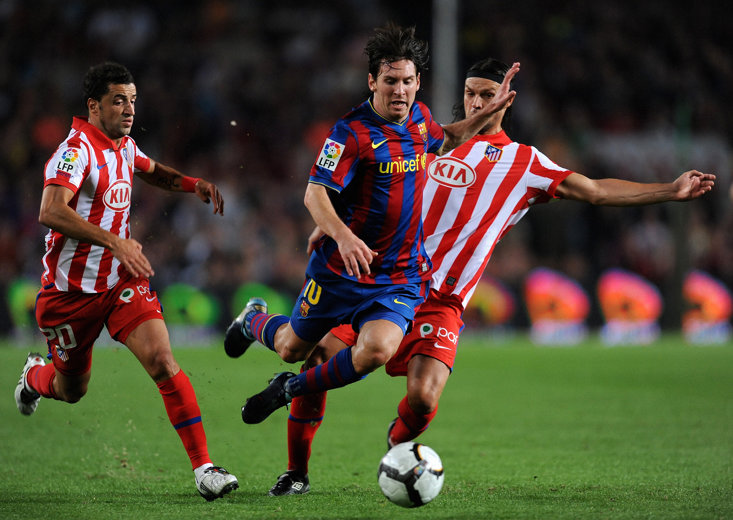 UJFALUSI'S FOUL ON MESSI WAS BRUTAL

That was almost 11 years ago, and it was a miracle that he didn’t have the same injury which effectively ended Maradona’s Barcelona career. And yet it has taken this long for Messi to finally snap after 17 years of abuse he has taken from opponents.

Until now, his response has always been to get the ball back and do his opponents damage in the most artistic of senses. How he has been able to keep a lid on his frustration for this long is a mystery.

The exponent of a dying art, who could easily have stopped running at defenders given the brutality he has suffered down the years, has finally been found to have a breaking point. Let’s look at all the physical beatings he has taken on the field before judging him too harshly.