The young Banfield player in front of the camera was clearly nervous but showed a steely determination and bravery as he spoke on South American television. As the question came, James Rodriguez answered with a stutter, many times repeating himself as he attempted to move onto the next word. He kept at it, though, and got his point across.

Today the same James Rodriguez boasts 46.7 million followers on Instagram alone and is third most followed footballer on the platform, behind only Lionel Messi and Cristiano Ronaldo. With nearly 100m fans on social media, he is the eighth biggest sports star on the planet in terms of followers. He is an icon and an inspiration.

When the world is obsessed with your talent and adores your skills on a football field, you’re going to be asked questions and he duly obliges. Imagine the children around the world who also suffer with a stutter, seeing him fronting up and talking to the world.

James was born with the impediment but never let it stop him. As a youngster, some of his youth team-mates never heard him speak. He was extremely shy, conscious and hesitant due to his stutter but still wowed with his skills, and he did his talking on the football field. 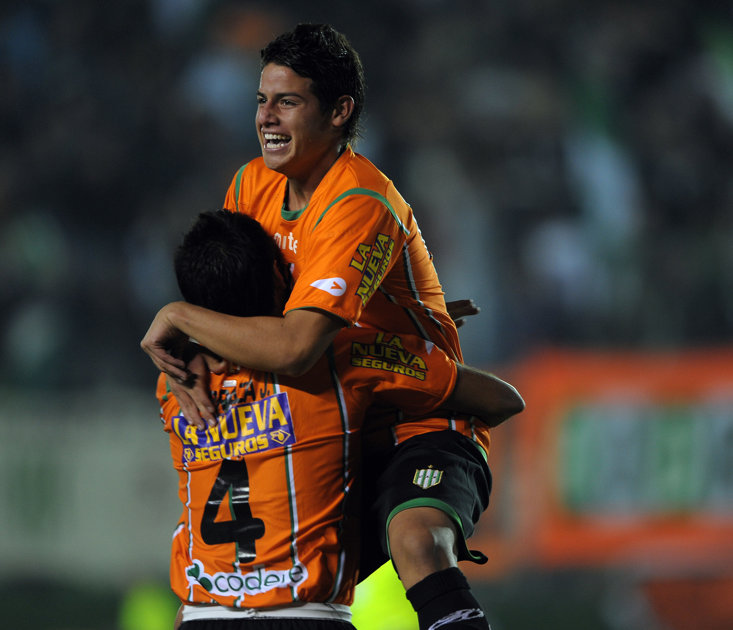 James came from a middle-class background, though that’s not to say life was easy. Born in Cacuta in 1991, as a child he grew up during a time when gangland warfare was rife in his native Colombia. For James though, football was a vocation and an escape.

“He was a good listener, but at the same time we were a bit worried that he didn’t show his emotions,” Academia Tolimense coach, Jose Cortes, told Four Four Two. “We worked with psychologists because he was very passive.”

During his teen years, he also visited a speech therapist and would read books out loud to develop his ability to talk. Boasting such supreme talent - his father was a footballer too though it was his step-dad who guided his career - it was clear people would be very keen to hear from him.

Fast forward to 2014, and James exploded into a global superstar at the World Cup with Colombia, winning the coveted Golden Boot and scoring a sumptuous strike against Uruguay. Following spells with Porto and Monaco, his performances at the summer tournament earned him a massive £71m switch to football royalty Real Madrid.

There are few places like the Bernabeu in terms of the 24/7 spotlight to which players are subjected but James answered the challenge both on and off the pitch. Maturing and growing in confidence, at the age of 23 he took to the stage at the Dubai Football Gala & Globe Soccer Awards ceremony where he scooped a gong, and spoke with authority. 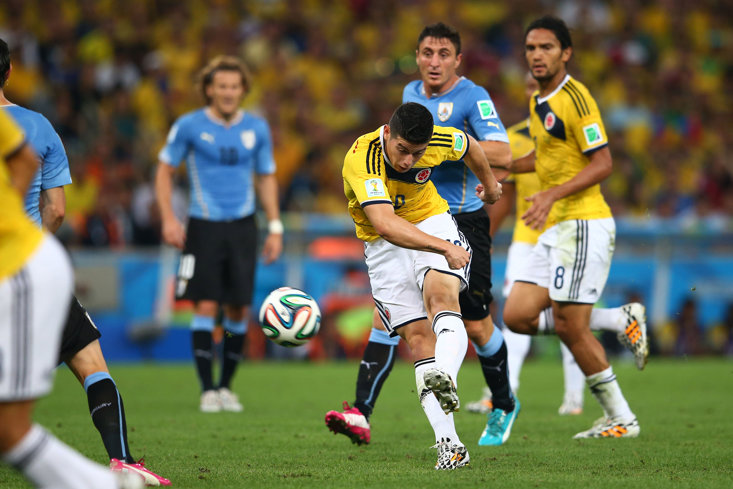 SCORING 'THAT' GOAL FOR COLOMBIA AT THE 2014 WORLD CUP

Beyond his current level of superstardom, James also helps those in need in a big way. Back in Colombia, he has his own mineral water called 10 Gold, with profits donated to his personal charity foundation helping underprivileged kids. He is likable, but different too. During his spell in Portugal, he studied computer engineering at Nacional Abierta University in Venezuela, a university dedicated to long-distance education. James is a man of good principles and draws people in thanks to his personality and not just his ability.

He boasts huge mass appeal for fighting adversity and his personable nature. In joining Everton this summer, he is understood to have taken a pay cut on his £140,000 weekly Real wages to join up with his former coach Carlo Ancelotti, proving relationships are important to him and his career. That’s the thing about James, he isn’t a big-time Charlie. Why would anyone swap Real Madrid for Everton otherwise? During the Toffees' winning run at the start of the season, in which he scored three and assisted three, James settled in quickly and was seen as one of the lads, joining in with team celebrations and certainly not appearing standoffish or exuding a giant ego as those with similar talent may possess. 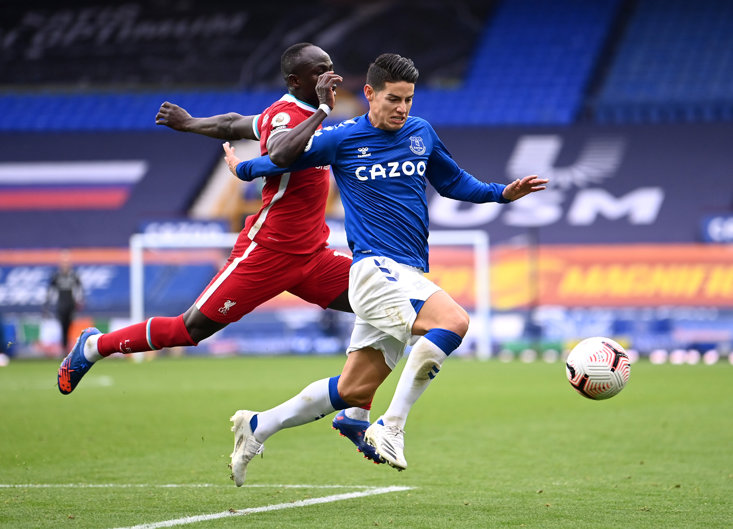 JAMES INSPIRED EVERTON TO AN ELECTRIC START THIS SEASON

One of the biggest stars of the 2010s and heading into the twenties, James’ switch to Goodison reached 400 million people, with billboards featured in Miami, New York’s Times Square and Colombian capital Bogota. Take a quick look on Everton’s Twitter and it’s clear James’ move has boosted the club’s following with new fans in South America.

Richard Kenyon, Everton’s Director of Marketing, Communications and Community told FCBusiness, “James’ popularity in these territories [US and South America] represents a brilliant opportunity for us – and fits perfectly with our international strategy and the associated marketing and engagement activity which had already begun in these areas.

“To mark James’ arrival we needed to ensure we created a big impact globally and we’ve used a range of tactics to do this – including extensive social media and digital marketing activity and targeted outdoor advertising. Everton is a big club with big ambitions globally – having James on board will undoubtedly help us achieve them more quickly.”

James Rodriguez battled early setbacks to become an inspiration to millions, and has remained humble throughout. There aren't many footballers like him.