“Listen, all this nonsense that people talk about you have got to play the best teams to win it, no you don't. England got to a semi-final with a very easy run in that World Cup. So if you can make it where you have an easier run, you've got more chance of winning it.”

Talking to The Sportsman, former international Jamie Carragher was optimistic about England’s chances at the European Championships this summer, but believed current boss Gareth Southgate should do everything he can to avoid the top teams. In the 2018 World Cup, England went into the easier side of the draw after losing their final group game to Belgium, a result that saw them avoid Brazil in the quarter-finals and make it to the final four.

“I think he's done a brilliant job, I really do,” Carragher answered when asked about Southgate. “I don't think anyone expected the results that we have had. I think criticism for his selection or tactics comes with managing England, I think right now some of those are a little bit unfair. 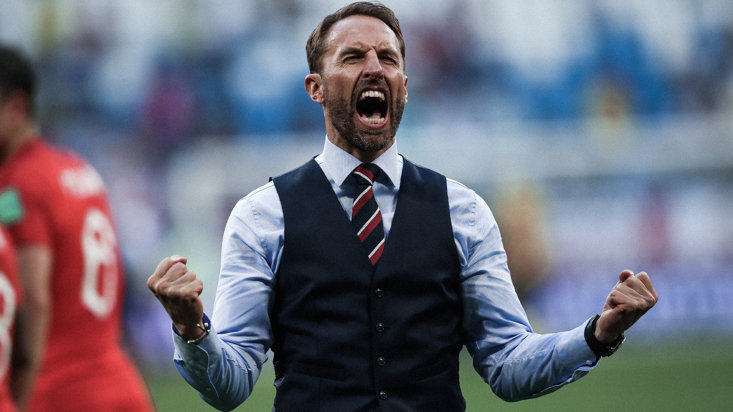 “For me, if you are talking about Phil Foden, Jack Grealish and Mason Mount right now, they are all great players and we want them in the team, but you can't get all three in the team. You can't, I don't care if anyone tells me they can, they can't! Unless it was a really weak opposition, but if you're going to a major tournament, I don't think you can get three of those players in the team.”

“I've said two out of those three can play, if one is missing out, I don't think Mason Mount is missing out. Because I think what he has on the other two is that he is more of a midfield player. I think that'll help him really, and I think he is a super talent.”

The former Liverpool defender was briefly invited to coach as part of Steve Cooper’s U17 set-up, and that is where he first got a look at Mount. “We had a couple of games against Germany, and we lost the first one, when Steve Cooper just tried to experiment with something but we won the next one, which was the official game, and he was the best player. You knew straight away he was the one basically from that group. It has gone from there and Frank Lampard has to take credit for that as well, for giving him his chance but all the credit must go to Mount, he has taken his chance.” 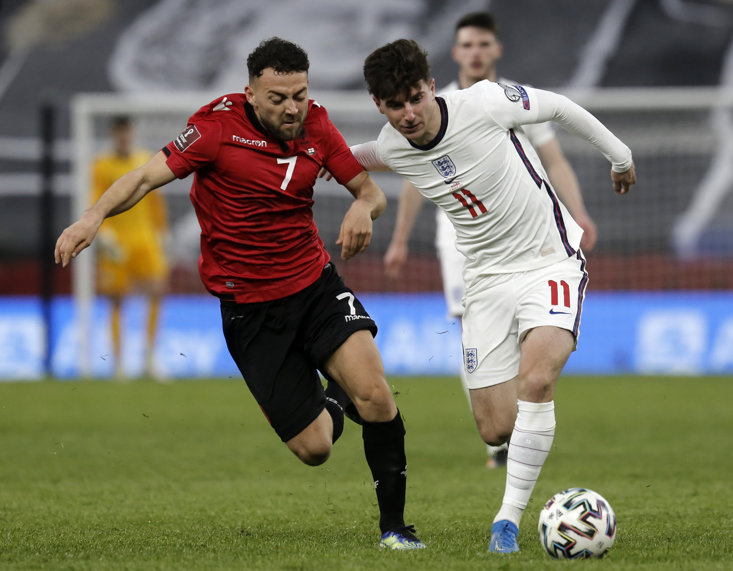 MOUNT HAS BECOME A KEY MAN FOR ENGLAND

When recalling his own experiences of playing for his country, Carragher sympathised with those players currently playing for the Three Lions, due to the role social media now plays in the game.

“The pressure does intensify, because when you play for your club - and I played for one of the biggest clubs - that pressure, the focus is split between Liverpool, Man Utd, City, Chelsea. You know you have the local press and then the main press have got lots of clubs to look at.

When it is England, all eyes are on England and there is nothing else going on.

“It is not easy and I've got a great deal of respect for those players who get to the top of their profession, even players alongside me who were better players than me - you think of Wayne Rooney, John Terry, Rio [Ferdinand], Stevie [Gerrard], Frank [Lampard], they were the real big hitters in the England teams I played in and the ones who usually got the blame if things didn't go well. So, you have to stand up to a lot of criticism if you are going to be a big England player and get 100 caps and I think the level of intensity has gone up again now just because of social media.”

When asked whether he thought in his prime he would make this England squad, which is lacking depth in the centre-back area, the Sky Sports pundit was as honest as ever. ‘I'd make the squad. Would I make the team? It'd be a tough one,” he considered.

“I think Harry Maguire is a different type of centre-back to me, he is the dominant centre-back, I was never that because I'm just not tall enough. So when I played it was Sami Hyypia alongside me at Liverpool or John Terry was that figure, I was almost the second centre-back, I'm just under six foot. So I could never be Harry Maguire. John Stones is a different player to me, he's better on the ball and I think I'm a better defender so it depends on what the manager would like. Maybe in this day and age and playing from the back a lot more than maybe in the past, I think John Stones might just get the nod.”

One position where England are certainly not lacking is at right-back, where the likes of Kyle Walker, Aaron Wan-Bissaka, Reece James and Trent Alexander-Arnold are all vying for a place in the squad. However, despite this abundance of quality, Carragher still believed his fellow pundit Gary Neville would make it into this England squad.

“Right now, Gary Neville would be playing for England - no doubt!” he stated. “I think eventually Trent will find himself back in the squad and James, I think that is going to be a real battle in terms of England right-backs. But in terms of someone like Alexander-Arnold, he is like a midfield player playing full-back really.

“Maybe some of the others have extra capabilities defending wise, although I think Trent is actually improving on that, but in terms of his passing range and what he brings to Liverpool from that position - basically for the last two or three years Liverpool have been one of the best teams in the world, and the most creative player in that team has been the right-back. So that probably sums up the impact he has had in terms of changing the role at full-back.”

You can catch our full interview with Jamie Carragher, released on YouTube at 7pm on Thursday April 8.