What were you doing at the age of 21? Finishing university, taking the first steps on your career ladder, or just spending every weekend in the pub? For most of us they are the normal activities at that age, but Lando Norris is far from normal.

The youngest-ever British Formula One driver races for McLaren, earning £2 million a season, and is making real waves in the sport. But what car does he drive away from the track? We’ve had a look at the motors he’s had, the one he has now and those he has his eye on.

The Mini Cooper D and his humble early motors 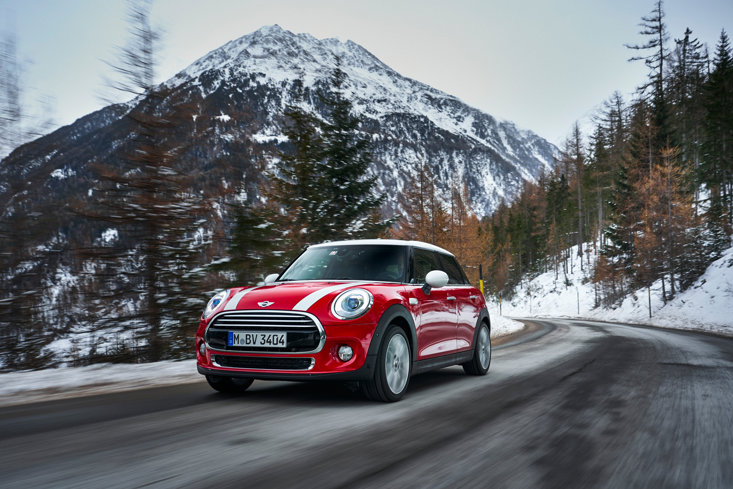 First cars are not meant to be special, even for Formula One drivers. At the age of 17 Norris passed his driving test in his first car, a tidy Mini Cooper D, thanks to a deal with the British Racing Drivers Club. At £22,000 brand new, they certainly aren’t the second hand Vauxhall Corsa’s most of us crashed as teenagers.

From the Mini, he was given a Renault Clio RS by McLaren’s engine suppliers Renault and also bagged himself an orange Renault Megane RS, which he showed off during a self-filmed episode of Sky Sports F1’s Cribs. As well as the duo of Renaults he has also driven a VW Golf, which was his everyday car until he upgraded to something a little bit special. 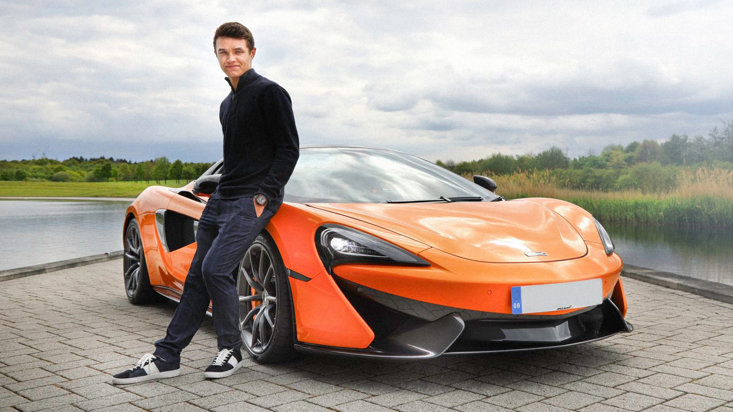 Driving for McLaren carries some serious benefits. Aside from the worldwide travel and dream job, Norris also got a ridiculous company car. The McLaren 570S Coupe has a 3.8 litre twin-turbo V8, which produces a top speed of 204mph and does 0-60mph in just 3.1 seconds. Probably feels slow compared to his usual F1 car, though. Costing £150,000 - or eight VW Golfs - this is one hell of an upgrade for Norris, who was only 19 when he got it!

Coloured the same as his Formula One car, in ‘Papaya Orange’, he tweeted his delight at getting his hands on this motor, joking, “You’re not going to be able to miss me in Tesco’s car park with this. Thanks for the new ride.” Just imagine being 19 years old and driving around in a £150k supercar. What a life! 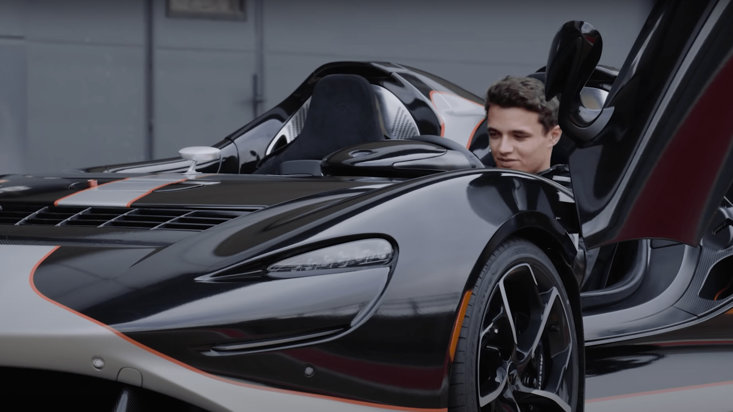 No, not those track cars. During his fledgling career so far Norris has also been given the opportunity to test drive several cars around Silverstone. The McLaren Elva is incredibly rare, with only 149 made, yet Lando was given the chance to show it off at Silverstone before it was even on sale. The £1.4m hypercar not only looks stunning but goes some as well. With 800bhp (and no windscreen) this two-seater can hit 200mph and does 0-60mph in three seconds flat.

But that test drive was a huge success for Norris in comparison to the 720S he test drove. While on a hot lap with Sky Sports pundit Johnny Herbert he lost control between Maggots and Becketts, flying into the gravel. With both people on-board unharmed, Herbert grabbed a shovel and attempted to free the car’s back end before the tow truck arrived. Having just signed for McLaren, this was an embarrassing and expensive mistake from Norris, who had to foot the bill for the repairs. 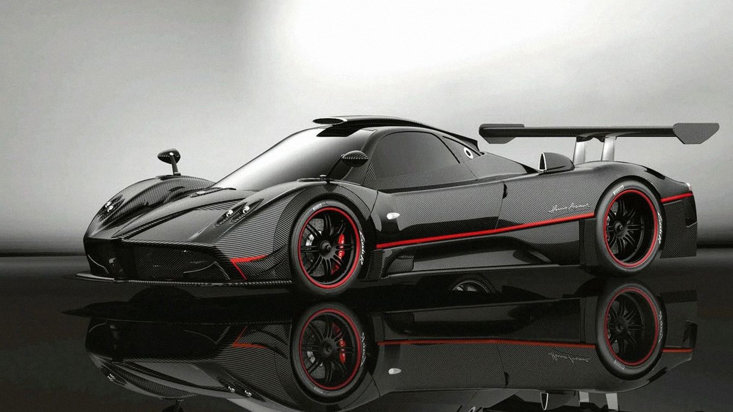 Having been on quite the motoring journey, the Englishman still has his eye on some pretty spectacular motors to add to his collection in the future. Although he has driven the McLaren Senna in electric toy form, the real thing is still high on his wishlist, and probably within reach if his performances keep improving. The £750k asking price shouldn’t be an issue but only 750 have been made, meaning Norris may have to ask for a favour if he is to get one of these 211mph machines.

Alternatively, he could look to the P1. In fact, before his F1 debut he confessed his love for this monster, which is electronically limited to 217mph. Away from McLaren, the Pagani Zonda is something spectacular, and although Lewis Hamilton may have crashed his £2 million model this year, Norris is keen to get his hands on one. "I’d love a McLaren Senna, or a P1, but my dream car since I was little is a Pagani Zonda," he told The Sun. "They look insane and sound amazing." The Zonda R would be the quickest car he has owned to date, maxing out at a whopping 233mph.

At just 21 years old, he has plenty of time to achieve his dream of driving some of the finest motors on the planet.