Football
Features
The Belgian came through the ranks at Genk but had to wait for his shot at the first-team
Elliott Bretland
09:01, 10 Nov 2019

Patience is a virtue, particularly for Leandro Trossard.

The Brighton winger sealed a £15million move to the Premier League from Genk in the summer and he’s impressed.

Scoring twice in seven appearances, Trossard is full of creativity and gets fans up out of their seats.

On Sunday, he travels to Old Trafford as the Seagulls take on Manchester United but it has been a long journey for the Belgian to get to this point.

Coming through the youth ranks at Genk, he was sent out on loan to Lommel United, Westerlo and OH Leuven before being handed a real shot in the Belgian top flight.

“Leandro had a long way to go to become a professional player for Genk because he was out on loan for three years because we didn’t think he was ready for the first team,” Koen Daerden, head of the Genk youth academy, tells The Sportsman in an exclusive interview.

“He wasn’t mentally ready, as he was growing, to be a really competitive player for the Genk first team. He had the patience to go to smaller clubs, to work, to train and to become a better player in general, with personality.” 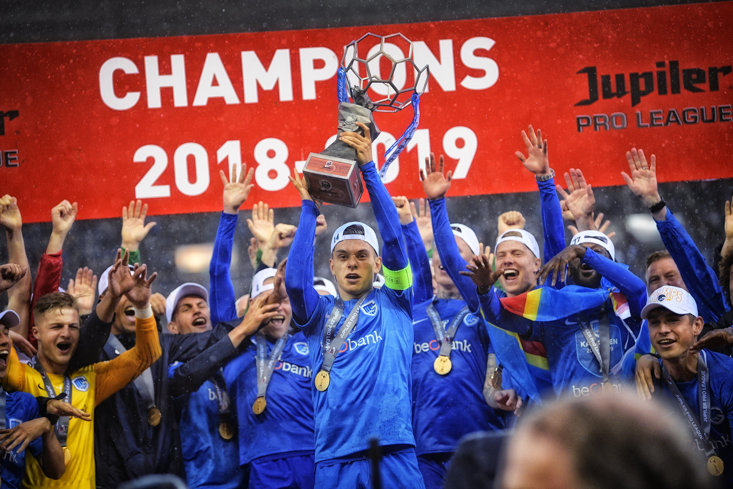 In an age where everybody wants instant success and gratification, playing in the lower leagues away from the limelight actually aided Trossard’s development. And Daerden believes he is a great example for players trying but struggling to make the grade.

“He showed with the smaller clubs that he was very important and then he came back and showed his qualities at a much higher level and that’s how he got the transfer,” Daerden explains.

“The patience he had was remarkable and he is a great example for younger players to keep patient for the future.

“Not everybody is ready when they are 17, 18 years old. Even if you are 20 years old you’re still a young player and you need to keep patient. That’s the difficult part these days for players... patience.”

Genk now have a famed academy, having brought through the likes of Kevin De Bruyne, Thibaut Courtois and Divock Origi, and Daerden is backing Trossard to star in the Premier League too.

“I can say I coached a young Leandro,” he says with pride. “Leandro is doing well at Brighton, hopefully he can become a player at the level of Kevin, or Origi, or Christian Benteke. Hopefully he can make that step as well.”

For now, Trossard will be hoping he can continue his fine start when he plays at one of the grandest stages in the world this weekend.

He’s had to wait for it, but this is his time.