Football
Features
The two coaches will have decisions to make which could tip the balance on Sunday
Kris Voakes
06:55, 10 Jul 2021

Could England become European champions on Sunday night? They have shown so far in Euro 2020 that they have the ability and temperament to get the better of everybody that has been put in their way, but what about Italy?

The big Wembley showdown appears too close to call in many aspects - with Betfred calling England slight 13/8 favourites and Italy 2/1, so key tactical decisions made by Roberto Mancini and Gareth Southgate will have a huge say in who gets their side over the line.

Southgate has already shown in this tournament that he is willing to change the shape of his side if the match-up demands it, with the decision to go with a back three against Germany paying dividends in the round of 16. For Sunday’s final there will be a temptation to start with three centre-backs once more to deal with Italy’s front three of Lorenzo Insigne, Ciro Immobile and Federico Chiesa, but that would leave them short-handed in midfield against the Azzurri’s trio.

It would seem more likely that the England manager will go with his regular 4-2-3-1, allowing Mason Mount to provide the extra body when needed ahead of Declan Rice and Kalvin Phillips when Italy have the ball in their engine room. The Azzurri are also sure to play a high pressing game, confident in the fact that England won't have anyone to play a killer through them in the way Spain can, so you can expect Mancini to want his side to be on the front foot more as they were in the first half of their quarter-final against Belgium.

Who goes up against Emerson? 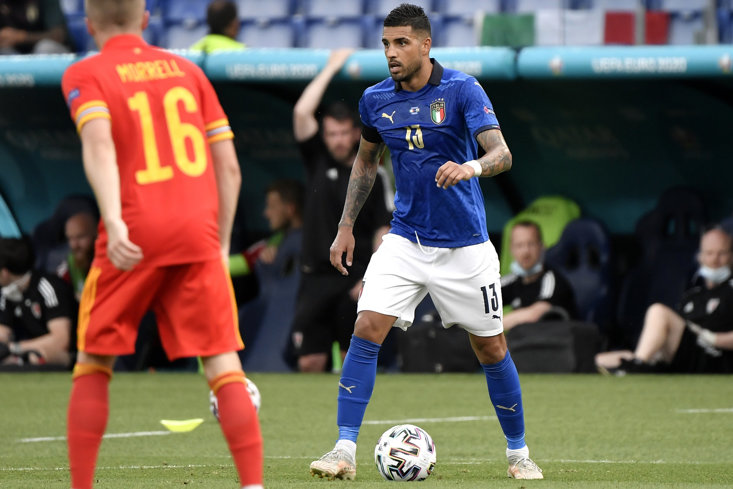 Italy have a fairly settled line-up, but the one position in which they have been weakened is left-back thanks to the Achilles tendon rupture suffered by Leonardo Spinazzola against Belgium. That means Chelsea’s Emerson Palmieri will start at Wembley, just as he did in Tuesday’s semi-final against Spain, and he could be an area for Southgate to target.

“I thought Emerson played well against the Spanish,” former England star Stuart Pearce tells The Sportsman. “But Spinazzola was outstanding, he is a major miss for them there is no doubt about that.

England could be tempted to start Jadon Sancho as a more constant attacking threat, which could help to pin back Emerson in his own half, but Bukayo Saka’s ability in both halves might well be too tempting to overlook.

“I’d have to see how Saka has come out of the semi-final physically,” adds Pearce. “The one thing where Gareth has been brilliant is he has got his judgement calls right all the time, he is privy to working with these boys on a daily basis in the lead up to the game. But it is a difficult one to call to be fair, I think probably I would err on Saka at the moment.” 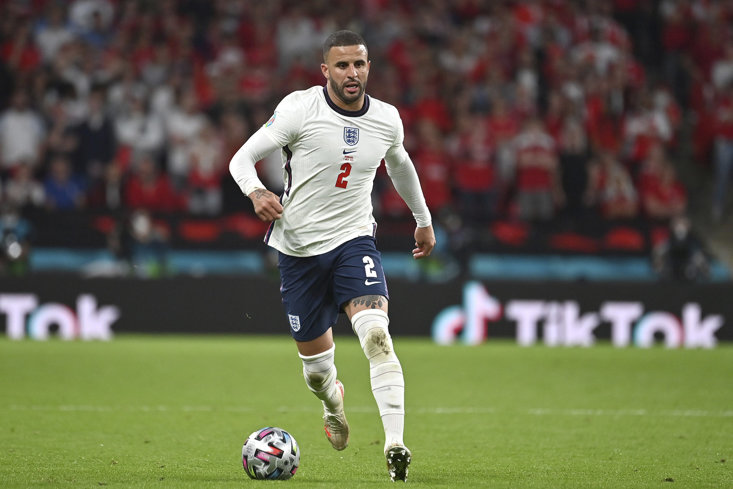 Whether England were to go with a back three or a four-man defence it is highly likely that Kyle Walker will be the man tasked with keeping an eye on Italy’s star player, Lorenzo Insigne.

The Napoli captain loves nothing more than dropping into pockets of space between the opposition’s defensive and midfield lines, pulling either the right-back, the right-sided centre-back, or a defensive midfielder out of position and creating space elsewhere. Sometimes he can attract all three!

Walker has been one of England’s best players during the Euros, and Southgate will feel confident that if anyone is able to stop Insigne, it is Walker. He also has the knowledge that the partnership on the right side of defence between Walker and his Manchester City teammate John Stones has been one of the strongest areas on the field for the Three Lions of late, and the pair will need to be on their game on Sunday.

When to use Grealish?

The national clamour for Jack Grealish to start matches has bordered on the rabid at times, but Southgate has used him sparingly to this point, even substituting him for the final 15 minutes of extra-time against Denmark on Wednesday having only entered as a sub for Saka himself during the second half.

Clearly, Southgate sees the Aston Villa man as an impact replacement, and there will almost certainly be a need for his trickery and creativity at some point on Sunday, but the manager will not want to change the balance of his side too quickly and neither must he leave it so late that Grealish can make no impression on the game.

One thing is for sure, if Gareth doesn’t use Grealish wisely and England don’t go on to win, some will never let him forget it.

Substitutes... and lots of them 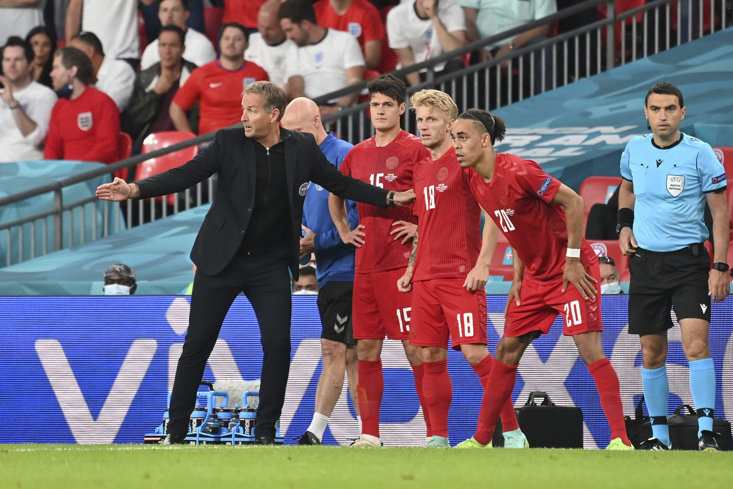 The change to five substitutes post-Covid has helped to relieve some headaches for managers, but in some respects it has given them far more to think about. Sure, the extra fresh legs can be vital, particularly in a game like Sunday’s when some players will be taking the field for the seventh time in four weeks. But substitutions still need to be made for a reason.

Some teams over the past year have found that throwing on too many subs can lead to an unbalanced feeling within the team, while a number of replacements coming in cold in quick succession can leave sides looking off the pace during a crucial phase of the game.

In a final like this one, there is a clear need to get as close as possible to 100 per cent of your calls right. We saw on Wednesday that Kasper Hjulmand’s haste to use subs came back to bite Denmark, while Southgate refused to make changes for the sake of it and was left with the option of bringing on Kieran Trippier when the needs of the game altered again late on.

Whoever has the cooler head between Roberto Mancini and Gareth Southgate might go a long, long way to deciding this one.