Football
Features
Today would have been the legend of football's 112th birthday
Jack Porter
06:54, 26 May 2021

It’s the late 1960s, Sheffield. A crowd patiently awaits the arrival of Matt Busby for a Football Association disciplinary meeting. Finally, a vehicle pulls up to the kerb, but instead of the expected Daimler-Jaguar, the crowd is greeted by a large meat truck.

Mr Busby is clearly running late. And then the rear doors open and from amidst the frozen animal carcasses steps the immaculately-dressed 60-ish Scotsman: the Manchester United manager has arrived. He is accompanied by his midfielder Pat Crerand, who has gotten his gaffer into this fine mess. After Crerand’s car broke down somewhere between counties, the two men had been reduced to hitch-hiking across the Yorkshire Moors. Statesman-like, Matt Busby proceeds to his hearing with almost regal authority, as if he had been brought by horse-drawn carriage.

“[He] was one of those special people who go through life blessed with a natural dignity which seems to help them cope with tragedy and defy embarrassment,” it was written in an Independent obituary on Friday 21, 1994. More than any other sport, football has the ability to conjure mythos out of characters who emerge from hard working class backgrounds to entertain the masses.

It is profound that Matt Busby, who was forced out of adolescence early through the hard-bitten environment of a salt-of-the-earth Scotstown and a World War that would claim his father, would emerge into one of the perpetual paternal figures in the most formative days of football in England.

Alexander Matthew Busby was born on May 26th, 1909 to a young Catholic couple who replaced Lithuania with Lanarkshire. In 1916, when he was six, he lost his father to a sniper’s bullet on the Western Front and a life in the pits of that Scottish mining town of Bellshill looked inevitable. Instead, he created three of the best British footballing sides of the 20th Century.

It is a story that will likely remain forever unique, and certainly unreplicatable today. An alumni of both Manchester City and Liverpool who became one the most formative figures of Manchester United and indeed English football history. 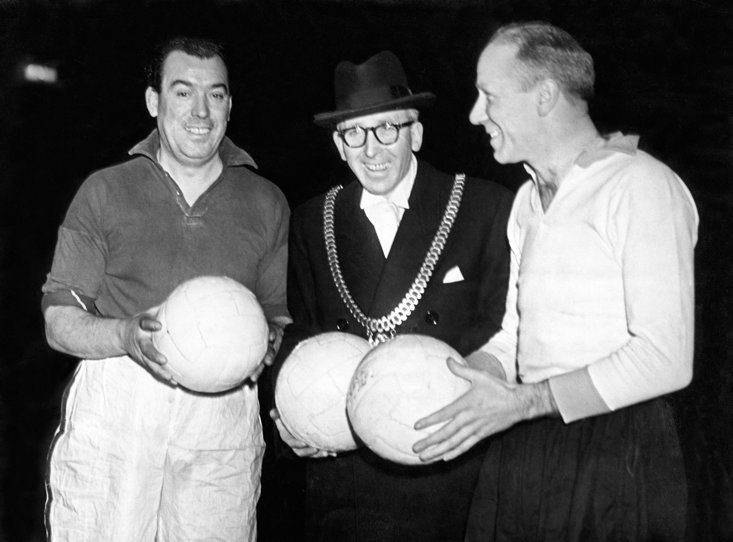 Busby was the prescient pariah who took the first gigantic steps into bringing England into European competition, an element of football that is now the aspiration of any player and vital to the business and tapestry of the highest game. In 1956, he defied the English football League by sanctioning United as the top division champions to become the first English club to accept an invitation to play in the European Cup.

Before he was canonised at Manchester United, Busby had been a player with across town at their rivals Manchester City, arriving in the North-West just before his 18th birthday. He was signed as a professional aged 19 and spent a total of eight years at Maine Road, for over 200 appearances and an FA Cup, before preceding further United sacrilege by joining Liverpool in 1936 where he was even made captain before the outbreak of war curtailed his playing career prematurely.

His service during the Second World War required him to coach in the Army Physical Training Corps. He spent six years as an army P.E conductor. He also served alongside Don Welsh, who would later manage Liverpool (who unfortunately had the ignominy of relegating the Reds on the same day that Everton were promoted), and future Manchester City gaffer Joe Mercer, who would of course be Busby’s counterpart in the most significant of opposition dugouts.

“I came across [Mercer] in the Army in Greece and Italy,’ Busby said (The Mail), ‘where as “manager” of the Army team I put him in charge of rations, in which he was as good a provider of food as he was at telling passes.” 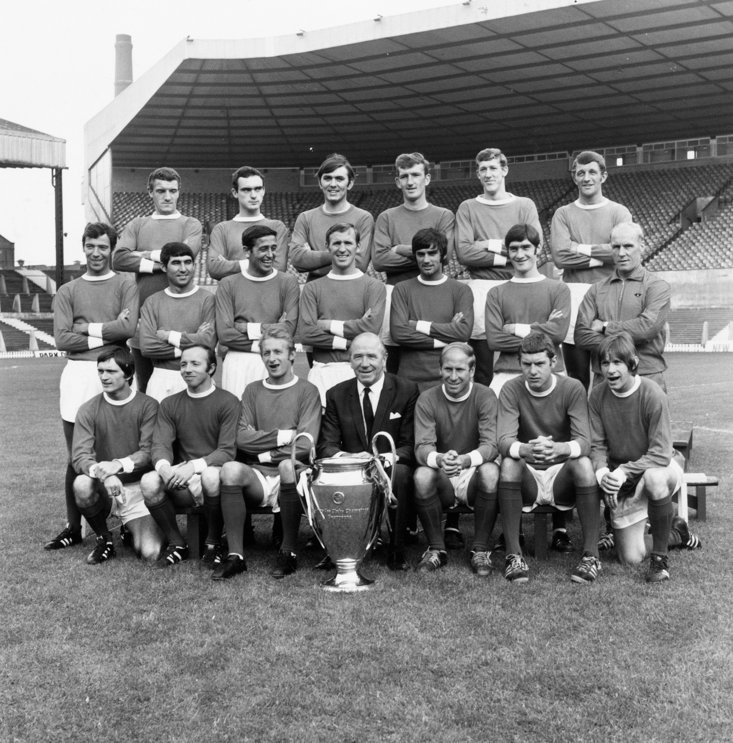 They toured for morale-boosting matches miles from the Front in war-decimated Europe, beating an Army in Italy team 10-2, inflicted a 7-1 defeat on a District Services team, and in Rimini faced a Naples Area side and battled with a 2-0 win.

It was this experience that planted the seeds of management and Sir Matt Busby would spend almost a quarter of a century at the helm of Manchester United, turning them into a footballing leviathan. A relationship that began in the immediate ashes of WWII, it would be the only club he would ever manage. His former ward and hero of the Munich Air Disaster, the late goalkeeper Harry Gregg once said, “The boss was successful because the only thing that mattered was Manchester United as a football club.” 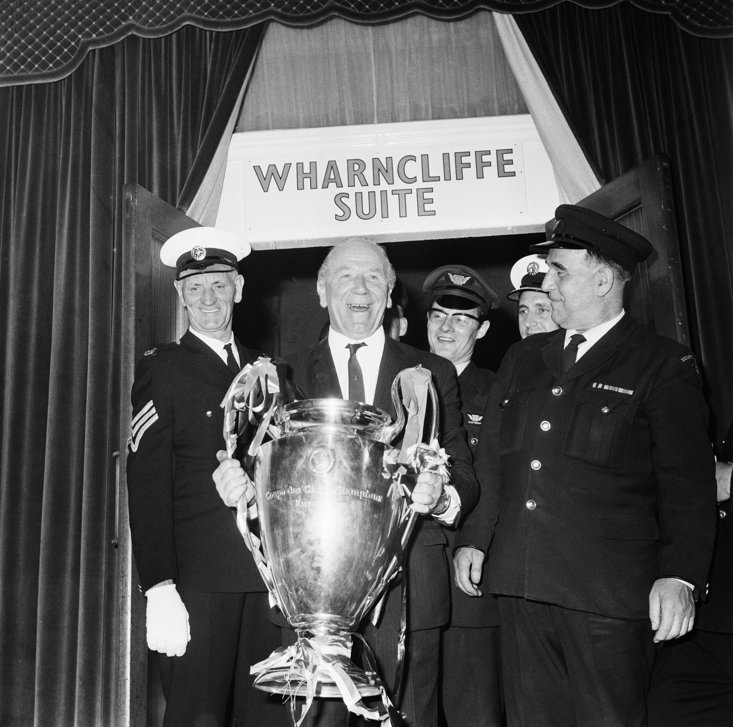 MATT BUSBY WITH THE EUROPEAN CUP

‘Keep the flag flying’ Busby told trusted assistant Jimmy Murphy from his hospital bed in the aftermath of the 1958 tragedy that claimed 23 lives in Munich, Germany. It is a quote from a man of exceptional dignity and decorum in spades, fully matching his talent as a manager.

There were the five league titles, the brace of FA Cups, and of course the European success. But above all it was the ethos and grace and manner of success that he brought to Old Trafford that made Sir Matt Busby, a man robbed of his own father, become  a patriarch of football, and of Manchester United.