Lionel Messi is the best footballer to have ever lived. He is also one of the richest athletes to have ever lived, and although he must spend a good portion of his £500,000 weekly wage on the usual things - you know, houses, children’s toys and the weekly Lidl food shop - he also likes to indulge his passion for motors.

The Argentine has enough money in the bank to buy whatever car he wants, in fact he could buy two Bentley Continental GT’s every week if he skimped on the food shop, but what cars does the six-time Ballon d’Or winner actually drive? Let’s take a look inside Messi’s garage... 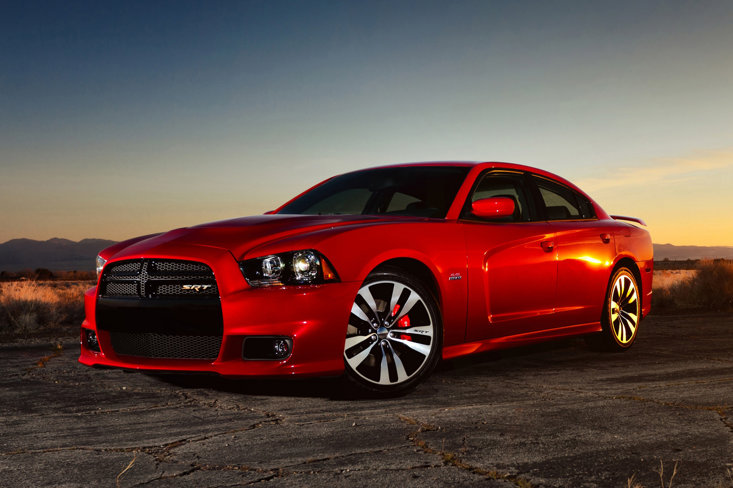 The classic American muscle car, perhaps not what you expect from Messi. Made famous thanks to Vin Diesel and the late Paul Walker in the iconic Fast and Furious film series, the Dodge Charger was first released back in 1964. This exceptional, historic car has had many regenerations since then, but hasn’t lost touch with its roots.

Messi’s version, the SRT8 boasts a v8 engine that produces 425 bhp and can reach 171mph while SRT stands for Street and Racing Technology. Although Messi is unlikely to be seen bombing around the streets of Barcelona, this is still a seriously cool motor to have in your garage. Plus, it only costs £45k, meaning Messi could buy one of these every single day and still have £27k to spare. 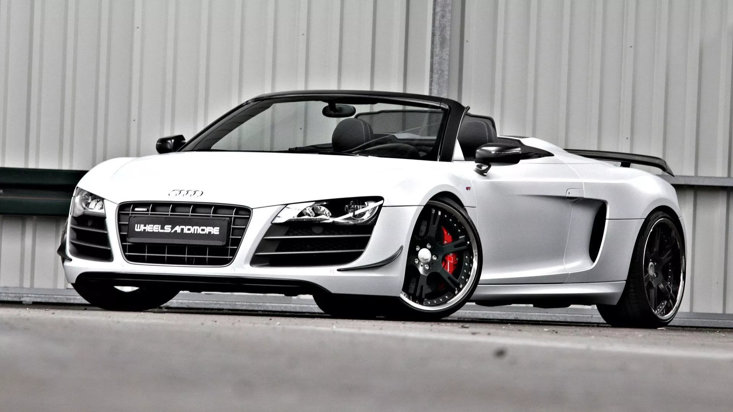 One of his quickest road cars, the Audi R8 Spyder can do 0-60mph in a ridiculous 3.3 seconds. In many ways, this Audi R8 is an old-school supercar with a fearsome v12 engine. Forget fancy tech and gull-wing doors, this is a car built for speed and can hit 200mph. It is still one of the finest looking supercars on the market and if Messi needed any more attention, it would certainly draw more eyes his way.

Thanks to Barcelona’s sponsorship with Audi, Messi also owns an A7 and a Q7, nice work, or as they say in Audi land, ‘Vorsprung durch Technik’... 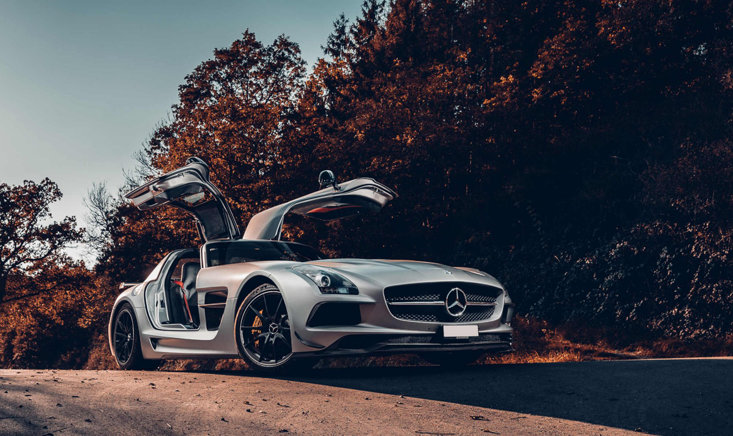 These cars are becoming more expensive and more indulgent as we progress. Next up is the Mercedes SLS AMG, a car with huge power, which looks like it should belong to NASA rather than Messi. This rocketship of a car has a remarkable retractable rear wing, which automatically goes up at 70mph to provide the car with more downforce through the corners.

In terms of self-indulgence, gull wing doors are perhaps the most outlandish feature a car can have and this only adds to the spaceship vibe. It looks awesome but the power is perhaps the biggest talking point, as it can hit 196mph thanks to its 6.2L V8 engine. With only two seats, the kids will have to stay at home when Messi takes this one for a spin. 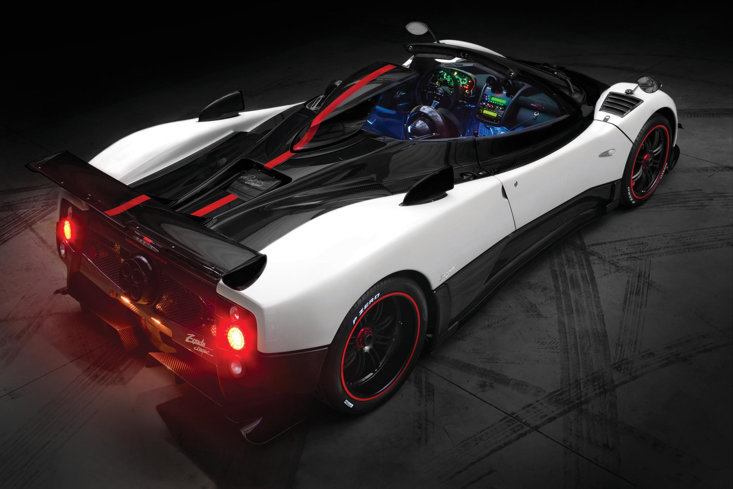 Now this is the kind of car you expect one of the highest paid players in the world to own. Ridiculous, almost undriveable and expensive. The Pagani Zonda Roadster cost £1.5m (or three weeks wages to Mr Messi) and cannot even be driven on the roads.

Only 40 of these were ever made, so Messi is part of an exclusive club who own one of these beauties. One of the most striking supercars, the Pagani Zonda is seriously quick. We know the 33-year-old is a speed freak with a ball at his feet but this version from Pagani can hit 217mph on the track. The most expensive car in his garage is now a collector’s item as Pagani stopped making Zondas in 2017, so Messi would likely make a profit if he were ever to part way with this one. 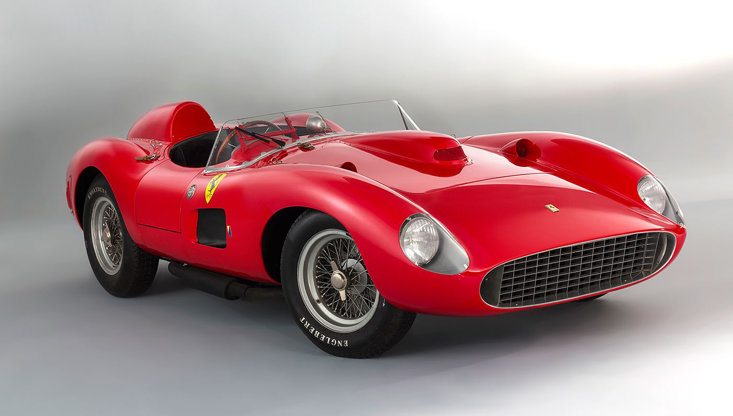 How about a mythical tale to end? Lionel Messi went viral back in 2016 after he ‘reportedly’ paid £30m at auction for a 1957 Ferrari 335 S Spider Scaglietti driven by none other than Stirling Moss in the 1958 Cuban Grand Prix. This is a true piece of sporting history, hence the hefty price tag and the mystery buyer was thought initially to be the best footballer on the planet.

However, Messi refuted these claims at the time with a cheeky Instagram post. He simply put the caption ‘My New Car’ while holding up a model of Lightning McQueen from the Cars films. Although the true owner remains unverified, the Messi rumour was fun while it lasted. But the four-time Champions League winner doesn’t really have this piece of sporting memorabilia in his garage. Or does he...

Today's Football Tips
x
Suggested Searches:
The Sportsman
Manchester United
Liverpool
Manchester City
Premier League
More
boxing
On This Day: Sugar Ray Leonard Edges Past Marvin Hagler In Titanic...
"How do you like it, how do you like it?!"   The commentator's words rang out [ ... ]
football
''I Believe In Fairies'' - The Life And Times Of The Extraordinary...
Brian Clough wasn’t just one of the most quotable managers in English football’s long history, [ ... ]
football
Rangnick Right About Fourth Being United's Ceiling, But He Shouldn't...
"We want to finish fourth in the league, this is the highest possible achievement we can get.” [ ... ]
boxing
Angelo Dundee: Three Masterpieces From Boxing’s Greatest Trainer
Perhaps the greatest cornerman of all-time, Angelo Dundee guided the careers of sixteen world champions [ ... ]
boxing
The Day Ali Talked A Suicidal Man Down Off The Ledge Of A Beverly...
Wilshire Boulevard in Los Angeles cuts right through the heart of Beverly Hills. One particularly famous [ ... ]
boxing
From Broadway To Hostage Negotiation: Ali's Best Moments Outside...
Muhammad Ali transcended the world of not just boxing, but sport as a whole, like no other athlete who [ ... ]
football
Zaha's Double, 1989 And 'Poogate': Inside The Brighton v Crystal...
This article first appeared in The Sportsman on 27th September, 2021 Crystal Palace against Brighton [ ... ]
boxing
George Foreman’s Faith: How The 45-Year-Old Heavyweight Stunned...
George Foreman swept through the heavyweight division like a hurricane, obliterating nearly all who [ ... ]
boxing
Last Round, Folks: When Boxing’s Invisible Champion Was Blitzed...
History has not been kind to Floyd Patterson. Countless world champions have drifted through the annals [ ... ]
boxing
The Life And Times Of Heavyweight Legend Jack Johnson
What do Alan Turing, The Doors frontman Jim Morrison and the comedian Lenny Bruce have in common? These [ ... ]
boxing
Pacquiao: From Poverty-Stricken School Drop-Out To Eight-Weight...
"I knew without a doubt I would become a fighter - I knew that the underdog can, and often does, [ ... ]
sports
Hulk Hogan, Mr. T And Madison Square Garden's Five Greatest...
It’s named after the fourth President of the USA. It’s where George Harrison had his concert [ ... ]
snooker
VR Mishaps, Pig Farms And American Hustles: When Ronnie O’Sullivan...
As it's snooker legend Ronnie O'Sullivan's 46th birthday, we thought we'd take [ ... ]
sports
Meet The Man Who Climbed Everest, Partied For A Week, Then Climbed...
This article first in The Sportsman on 08/12/19 There’s nothing normal about Nirmal Purja. After [ ... ]
motorsport
Frank Williams - A Formula One Pioneer Whose Team Went To The...
For much of the 1980s and 90s, Williams Racing was the biggest name in Formula One and Frank Williams [ ... ]
football
How Cantona Made Manchester United The Dominant Force Of The...
It started with Leeds United making an enquiry about signing Denis Irwin and finished with Manchester [ ... ]
football
Almost 30 Years Since THAT Goal, Davide Gualtieri Is Still San...
8.3 seconds, 28 years ago. That’s all it took for part-time footballer, part-time computer [ ... ]
boxing
River Wilson Bent Talks Coventry City, Newborn Baby And British...
“Imagine if Coventry City made it to the Premier League and I brought the British title home for [ ... ]
football
Neil Warnock - The Record Breaking Football Lover That Just...
When the whistle blows at Kenilworth Road for Luton Town's home match against Middlesbrough on Tuesday [ ... ]
football
Leicester's City Progress Is Proof That Vichai's Vision Has...
On this day three years ago Leicester City lost their influential owner, Vichai Srivaddhanaprabha in [ ... ]
rugby-league
The Birth Of The Grand Final: Rugby League's Biggest Of Big...
“I’ve said it for years… the last game of the season should be the most important,” [ ... ]
football
Celebrating Arsenal's Invincibles With The Stats That Tell The...
There’s Sergio Agüero winning it in Fergie time. Liverpool finally ending 30 years of hurt [ ... ]
football
From Balotelli To Bullard, The Premier League's Greatest Ever...
It's been a full decade since Mario Balotelli lifted his shirt in Manchester City's 6-1 [ ... ]
motorsport
On This Day: Rookie Lewis Hamilton Loses F1 Title In Controversial...
On this day in 2007, we witnessed perhaps the greatest end to a Formula One season we have ever seen. [ ... ]
motorsport
How Lauda's 140mph Crash Marked The End Of The Age Of Innocence...
There are few worse moments to lose control than when driving at 140 miles per hour. The events on just [ ... ]
football
FA Cup Round-Up: Brilliant Buxton Make First Round As Dorking...
It was a night when Dorking Wanderers saw their dreams dashed by Hayes and Yeading, Stratford made some [ ... ]
us-sports
Celebrating Jim Brown - The NFL Movie Giant Who OJ Robbed Of...
Before OJ there was the OG. The Original Gangster. In fact he was front and centre of an action-packed [ ... ]
football
Sheriff Tiraspol - The Champions League Club With Two Faces
On the surface, it has been the underdog story of the Champions League so far. Never before has a club [ ... ]
boxing
From Taming Tyson To Bashing Buster, Evander Holyfield’s Best...
Today marks the 59th birthday of one of the best boxers to lace up a pair of gloves in the modern [ ... ]
football
Fernando Torres - Atletico's Local Hero, Liverpool's Tainted...
‘This means more’ is Liverpool’s oft-derided motto, but when they face Atletico Madrid [ ... ]