In the 1950s, across the world of motorsport, 103 drivers met their death at the wheel. In the first ten years of the Formula One World Championship alone, which began at the very start of the decade, there were on-track 18 fatalities. For all the talk of a golden age of the game, drivers truly did court death every time they stepped into the cockpit.

Two of them: Pierre Levegh and Mike Hawthorn.

On June 11, 1955, a quarter of a million people congregated at the Circuit de la Sarthe within the French region of Pays de la Loire. Just over a decade since the end of the Second World War, the spectators were there to see the might of German manufacturer Mercedes take on its British enemy, Jaguar. Unbeknownst, instead they were ultimately there to witness a catastrophic event that remains to this day the greatest tragedy in motorsport history. Of that 250,000 in attendance, 83 wouldn’t be able to return home. The race outcome of the 1955 edition of the 24 Hours of Le Mans has become but a footnote.

Going into the event, at the very heart of Le Mans ‘55 was the rivalry between Mercedes and Jaguar, and a competition that would culminate with devastating consequences for Mercedes driver Levegh and Jaguar’s British blonde-haired playboy Hawthorn. 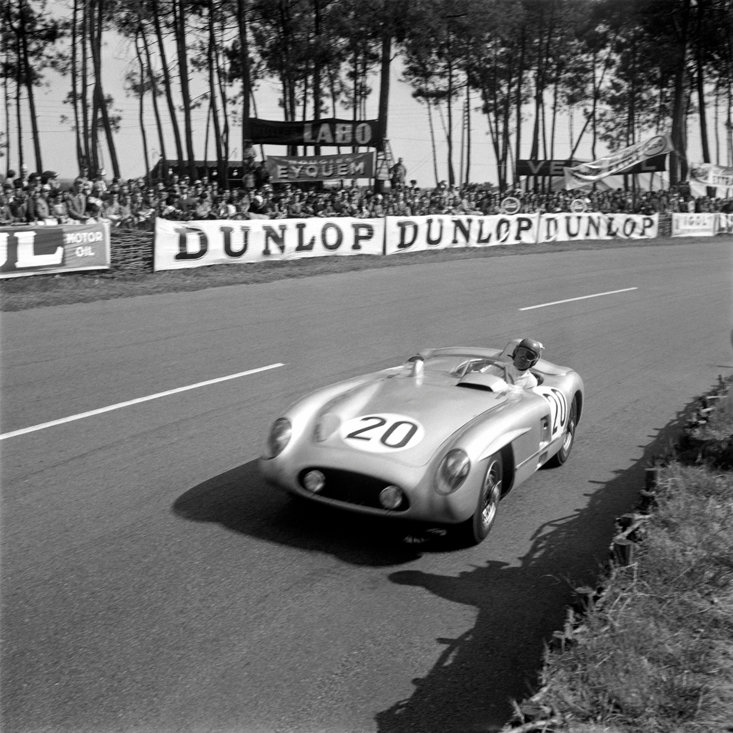 The lead driver for Mercedes at the time was the peerless Argentine racer Juan Manuel Fangio, the man who had won the World Championship in 1954 (his second time) for the Silver Arrows and would retain it by the September in a depleted season caused by the La Mans crash. Mercedes, at the time however, as they have punctuated throughout the decades to this day, were once again the pinnacle of motorsport.

Fangio’s teammate Levegh was born Pierre Eugène Alfred Bouillin, adopting his name from an uncle, also a competitive driver who raced under the pseudonym ‘Levegh’. Uncle Levegh had won Automobile Club de France’s Gordon Bennett Trophy in 1901, but died tragically early, of tuberculosis, in Pau, Aquitaine on 28th February 1904, aged just 33. His nephew would almost pass away prematurely, but in far different circumstances.

The actor James Dean is famously attributed the quote, “Dream as if you'll live forever. Live as if you'll die today.” Of course, the Rebel Without A Cause’s own fate on Route 466, just three and a half months after the ‘55 Le Mans tragedy, is obviously sadly relative. Mike Hawthorn took Dean’s ethos to new levels. A public schoolboy, he was known as ‘The Gay Cavalier of Motorracing.’ “It was his very gaiety that concealed from many that behind that boyish smile lay the determination without which he could never have been World Champion,” stated his Pathé News obituary.

At Silverstone 1953, whilst racing for Ferrari, his car careened off the track, spinning precariously close to the onlooking crowd as competitor after competitor continued to race past. Nevertheless, Hawthorn regained control and bloody-mindedly finished the race for a podium place in third. 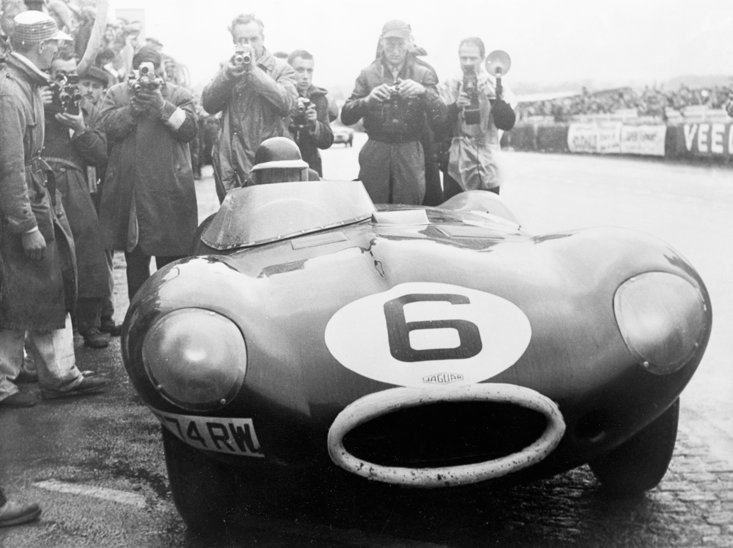 However, in 1954, aged 25, something important happened to Hawthorn. He had to have a ­kidney removed and was subsequently informed by doctors that he wouldn’t live past 30. His father also died that year whilst driving home from Goodwood.

Hawthorn was a hard-drinking, chain-smoking, patriotic ‘Queen and Country’ philanderer Ian Fleming could only have merely dreamt about. He was something straight out of a comic book. But that live-fast die-young attitude came at a cost.

Fundamentally, Hawthorn hated Germany and he hated Germans. Still a product of war-time feeling and prejudice, he needed to win, to beat ‘the Bosche’. He even called his cars ‘Merc eaters’. That chance couldn’t have come better than facing the dominant European racing force at the most gruelling of tests, 24 Heures du Mans, "The Grand Prix of Endurance and Efficiency", in 1955.

It happened two hours in, on lap 35. Hawthorn and Fangio were ready to lap Levegh. In addition, Lance Macklin, who was driving his Austin-Healey, was in the mix. Hawthorn pulled ahead of Macklin in break-neck speed in order to enter a pitstop required for a refuel. Behind him, two cars collided as he docked in.

Macklin had swerved to avoid the determined Hawkthorn. Levegh, behind Macklin, could do nothing. His Mercedes sickeningly sped over the top of the Austin, flipped over and into the crowd, a flurry of fuel and flame and fans - a devastating, god-forbidden sight, a literal chariot of fire. “A 400-square-yard stretch of cheering ­people became a black, hysterical horror,” reported Time magazine. Pierre Levegh, killed outright, was 49 years old. 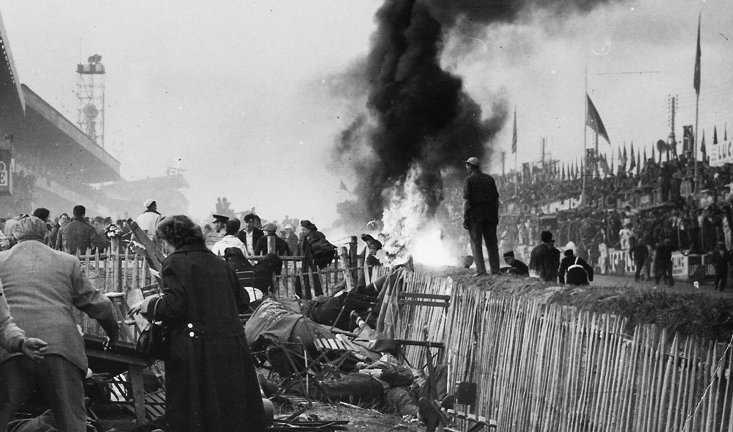 Hawthorn won the race, was later exonerated from all blame and would become F1 world champion in 1958 (as the great Fangio’s four-season streak ended with mid-season retirement) edging Stirling Moss by just a single point (though Moss won four races across the campaign to Hawthorn’s one) to become the first British Formula One conqueror.

However, those who had thought the tragedy and sheer unbelievable body count of the 1955 Le Mans race would eventually lead to an end to the death and destruction were sadly mistaken. Three years later, despite Hawthorn’s historic win, the 1958 Formula One season was far from sunshine and rainbows. In fact, it was one of the deadliest.

Four drivers died in four different races during this season. Italian Luigi Musso for Ferrari during the French Grand Prix at Reims; his British Prancing Horse teammate Peter Collins in the German Grand Prix at the Nürburgring, Collins’ compatriot Stuart Lewis-Evans in a Vanwall at the Moroccan Grand Prix in Casablanca, and the American Pat O'Connor at the Indianapolis 500.

After his sole Championship, Hawthorn retired, aged 29. On January 19, 1959, he was photographed attending the National Sporting Club dinner, where he was presented with a cocktail cabinet to which he jokingly informed the attendees they were welcome to come round to his house and help him empty it. He had less than 60 hours to live.

Three days later, on January 22, Hawthorn crashed his 1958 Jaguar 3.4-litre saloon whilst purportedly racing along the A3 Guildford bypass. His car skidded, hit a passing lorry, careered onto the verge and hit a tree.

Hawthorn had been trying to overtake a Mercedes.