Football
Features
Arteta is currently under huge pressure at the Emirates, but all is not lost just yet
Simon Lillicrap
10:05, 01 Sep 2021

It feels as though Mikel Arteta’s fate is already etched onto the walls of the Emirates Stadium. Bottom of the Premier League after three games of the new season, having conceded nine goals and failed to score a single one themselves.

Add in a summer transfer window which has left fans feeling slightly deflated as the clubs they used to compete with, Manchester United, Chelsea and Manchester City, brought in Cristiano Ronaldo, Romelu Lukaku and Jack Grealish respectively, and you have the perfect potion for an early managerial sacking.

Arsenal have gone from being 66/1 with Betfred to be relegated to 20/1 in the space of three weeks. The Gunners are so far away from being a competitive side at the top of the Premier League and although expectations have been lowered after two consecutive eighth-place finishes, it seems their Spanish manager is now going to pay the price for a club that is failing on all fronts. He is the odds-on favourite to be the first manager to be sacked but the investment and signings this summer suggest things aren’t completely lost quite yet.

Ben White, Martin Odegaard, Aaron Ramsdale, Albert Sambi Lakonga and Takehiro Tomiyasu represent a summer outgoing that totals a whopping £150m but it also shows that the Arsenal board are finally planning for the future. These players are all 23 or under and their resale value is unlikely to go down too drastically over the next five years.

The other moves they made also point towards a more sensible and sustainable club. David Luiz was allowed to leave at the age of 34 but the significant step came as Arsenal tore up the contract of Willian and allowed him to leave on a free. At 33, and on high wages, Willian, rightly or wrongly, summed up everything that was wrong with the club. A Chelsea cast off, past his best, he was happy to coast at the Emirates to the detriment of the Gunners.

With these young players, Arsenal are in a better position than they were in January. Progress is being made at the club off the pitch even if it feels like on it at this moment in time they are going backwards. Tottenham having the perfect start to the season doesn’t help, but Arsenal’s results must be put into context. They’ve lost to Man City and Chelsea, two sides who are far superior to them in every sense at this moment in time. 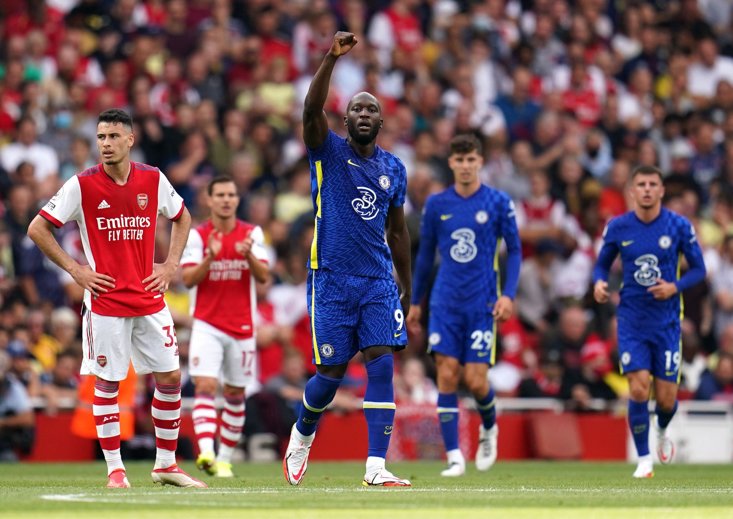 The opening day defeat to newly-promoted Brentford was an unmitigated disaster for the fans, but with Pierre-Emerick Aubameyang and Alexandre Lacazette out, they severely lacked experience, so it is perhaps more understandable than first feared. This is not a series of excuses for Arteta who knows results must improve on the pitch, but perhaps more time will lead to increased consistency.

After the international break, they face Norwich at home and Burnley away. Defeat against the Canaries, who are also yet to pick up a point this season is likely to incur the wrath of the home fans and could spell the end of the road for Arteta. However, two wins, with AFC Wimbledon to come in the League Cup before a crucial north London derby, could transform the season for the Gunners.

The first manager to be sacked is always a tricky one to predict, and this season, some of those under pressure in pre-season have moved away from danger early on. Bruno Lage’s Wolves have played well without results, the same can be said of Patrick Vieira’s Crystal Palace but surely Steve Bruce is under a huge amount of pressure at Newcastle?

A late equaliser against Southampton cost him their first win of the season and he has never won the fans over at St James’ Park. Manchester United up next means that surely even more pressure will be piled onto Bruce’s shoulders at Old Trafford. So despite the odds, it seems that given Arsenal’s investment, unless there is a shambolic disaster, Arteta will still remain a long-term option.

If they sack him before results on the pitch are given a chance to improve, it will be another short-term decision from a board who finally looked to have turned a corner, in terms of their long-term transfer policy. For all the good intentions and future aspirations, the knives will be out at the Emirates if they lose to Norwich.