Boxing
Features
After beating Henry Cooper for a second time in 1966, a special relationship was born
Kieran Spratt
07:00, 21 May 2021

When Muhammad Ali, then known as Cassius Clay, first made the trip across the pond in 1963, he was met with hostility among the Brits. Three years later, having beaten the immensely popular British heavyweight Henry Cooper for a second time on May 21, 1966, a special relationship had formed between ‘The Greatest’ and the United Kingdom that would remain until the day he died in 2016.

In the 1960s, when the civil rights movement and racial strife was at its zenith in the USA, Ali was a divisive figure like no other. White Americans detested his brashness and his allegiance with the Nation of Islam, while many black Americans saw Ali as too confrontational.

Britain had problems of its own of course, especially with consideration to racial harmony, however Ali was far from a pariah on these shores, where much more admiration was given to the Louisville-born fighter’s exceptional boxing prowess in the ring, not what he did out of it.

It was far from love at first sight though and in 1963, when he first met ‘Our ‘Enry’ at Wembley, it’s fair to say he irked a lot of British fight fans by calling their idol a “bum” and a “tramp” in the pre-fight build-up. 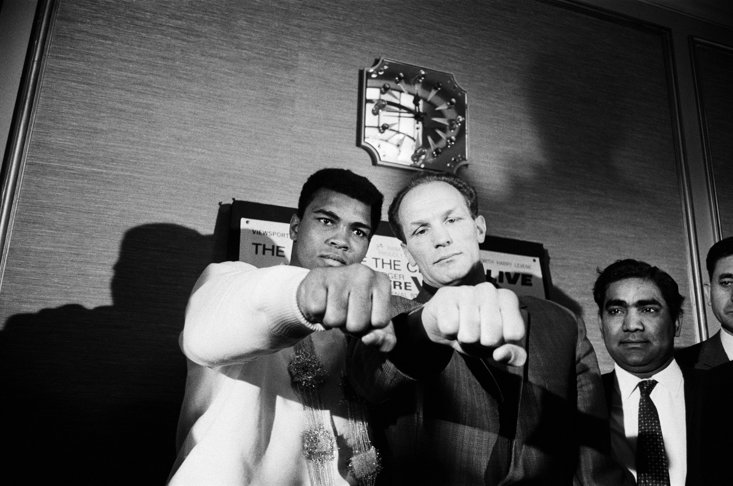 Ali’s long-time trainer, Angelo Dundee, once said, “When we first went to London you could have shot the kid from a cannon and no one would have known him.”

Having survived the biggest scare of his career yet, bludgeoned to the canvas by Enry’s ‘Ammer, only surviving and winning thanks to some quick thinking from Dundee, Ali returned to America and wouldn’t come back until 1966, this time with the world heavyweight title he snatched from Sonny Liston in his possession.

When Ali returned to fight Cooper for a second time at Arsenal's Highbury on May 21, 1966, much had changed. The kid who could have been shot out of a cannon and not been noticed, suddenly found himself mobbed by hundreds of adoring fans and when he triumphed over Cooper again, a new romance between the American great and the people of Britain was cemented. 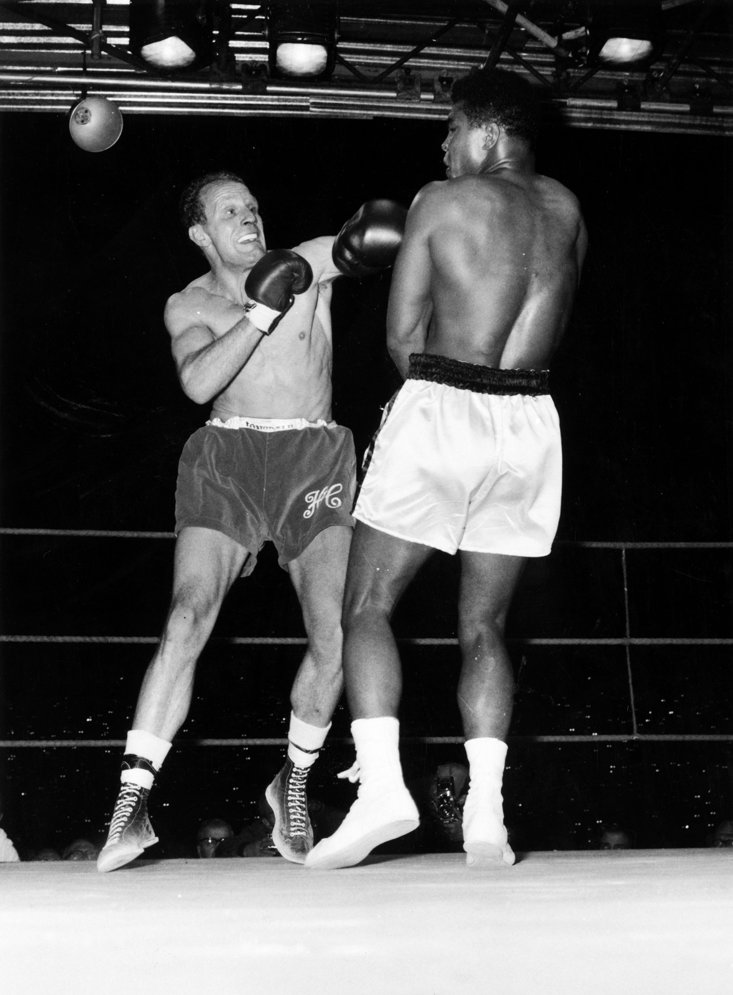 After his second dealing with Cooper, Ali appeared on UK television with the likes of Dudley Moore and Noel Coward, full of charm, wit and an unparalleled understanding of the classic tongue-in-cheek British sense of humour.

Unlike in America, where Ali was still public enemy number one, the Brits began to warm massively to him, in particular during his three year exile from boxing due to his refusal to be drafted into the Vietnam War on religious grounds, a decision which left him more ostracised than ever before in his homeland - if the Yanks didn’t want Ali, then the Brits certainly would take him.

It wasn’t a one way love affair either. His first impressions of our country might not have been great, citing his dislike for the small cars, roads and “less pretty women” but from ‘66 onwards he was a self proclaimed Anglophile. He relished the opportunity to mix it with the adoring public, whether that was teaching kids in Brixton how to do the 'Ali Shuffle' or visiting a children’s home in Notting Hill, he always found the time.

“Britain can be ranked as number one as far as supporting me is concerned,” he told Dickie Davies in the early 1970s. “And the little hassles I had in the States, they didn’t pay no attention. They recognised me as their champion.” 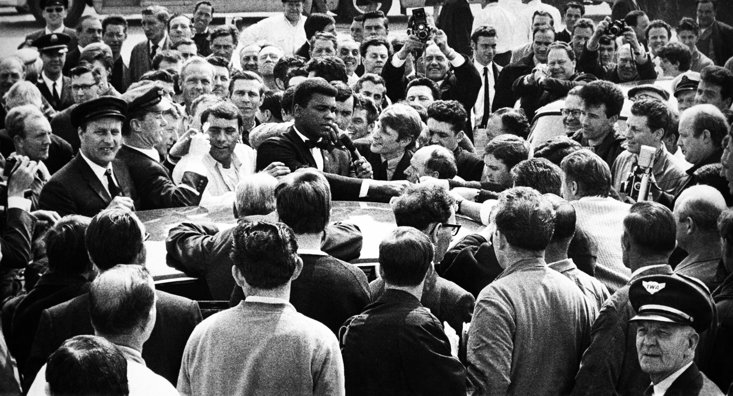 Ali is mobbed by the adoring British public

Perhaps the clearest indication of Muhammad Ali’s love affair with Britain is his four televised interviews with Michael Parkinson where the mutual respect between prizefighter and presenter was abundantly clear.

In the fourth interview, with the effects of Parkinson’s Disease on Ali starting to become painfully clear to onlookers, Parkinson pleaded with Ali that any worries for his personal health from the British public were purely because they loved him.

“It’s the affection they have for you. They’ve never felt about another boxer the way they felt about you,” he told Ali.

And it’s true. While Cooper was undoubtedly popular, no British boxer could possibly compete with the popularity Ali had in Britain at the time. Such was his popularity, there were serious talks in the months leading to his death that he would receive an honorary knighthood.

Sadly, Ali was too ill to return to Britain one last time when the 02 Arena in London hosted an Ali exhibition in his honour in 2016, though his legacy will undoubtedly live on forever. He may have been ‘The Louisville Lip,’ but he will always have fans on this side of the Atlantic.