Boxing
Features
Carbo, once an enforcer for Murder Inc, had an iron-clad grip on the world of prizefighting from the 1940s
Kieran Spratt
10:58, 15 Aug 2021

Grey-haired, mild-mannered and gentlemanly, Paul John Carbo’s demeanour seemed more like a kindly grandfather than that of a cold-blooded killer as he sat down at his favourite table at the Garden Cafeteria, drinking his coffee and browsing the sports pages of the morning paper.

Across Eight Avenue from Madison Square Garden, this unassuming cafeteria table was Carbo’s place of business, an office chair right at the centre of boxing’s golden age, and around it stood a steady line of boxing promoters, managers, trainers and fighters, each armed with sweaty palms and riddled with anxiety - the man they had come to meet had a terrifying reputation for violence.

Paul Carbo, better known as ‘Frankie’ Carbo, once an enforcer for Murder Inc, now a prominent member of the Lucchese crime family, had an iron-clad grip on the world of prizefighting from the 1940s until the early 60s, controlling the fight game from behind the curtains as the unofficial ‘Czar’ of boxing. He was an almost mythical character whom many believe to have been the triggerman that offed the infamous Bugsy Siegel, the mobster architect behind Las Vegas. 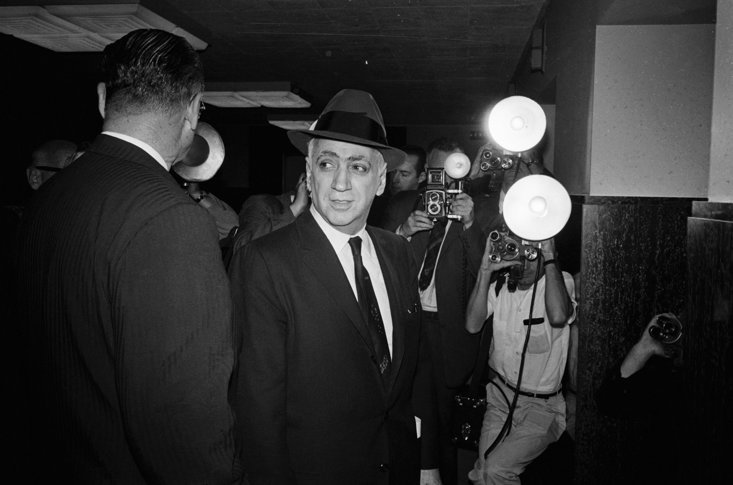 Often called ‘Mr Grey,’ his reputation as a hardened hitman served him well in the world of boxing and he found it easy to get deals done when the person sat at the other end of the table knew the folklore surrounding him - the trip to Sing Sing for shooting and killing a cab driver, the rumoured murder of Siegel, the reputed murder of Irish bootlegger Mickey Duffy and his close association with Murder Inc, a group of assassins that both the Italian-American and Jewish mobs relied heavily on - in short, it was much easier to say yes to Carbo’s demands than to run the risk of catching a full metal jacket behind the ear or, as many of Carbo’s associates found to their peril, be dumped in a lime pit.

Described by one New York district attorney as “the most corrupt, corrosive and degenerating influence on the sport of boxing,” Carbo’s all-encompassing grip on the sport wasn’t done entirely alone, for he had another, similarly sociopathic, figure in his corner alongside him - a man called ‘Blinky’ Palermo - a name derived from his supposed reputation for being unable to look someone in the eyes when he killed them. Between Carbo and Palermo, they ruled supreme and under their supervision, using the pseudo-legit sounding title of 'International Boxing Club', but fights were often fixed, judges were often bribed and sometimes, if the mob owned both fighters, the bouts would often be spectacular. It was a bona fide money-making machine for the mafia. 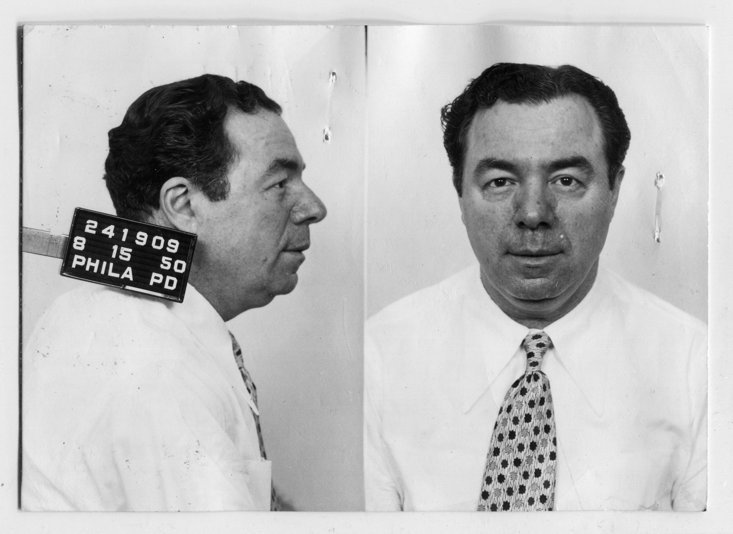 A wide array of fighters, across more than two decades of boxing, fell prey to the mob. Some lived better lives but many more were chewed up and spat out. Jake LaMotta, the middleweight legend whose career famously became entangled with organised crime, was involved in one of the most obvious cases of corruption in the sport in 1947. He took a blatant dive against Blackjack Billy Fox, another mob-owned fighter, for $20,000 and a shot at the middleweight title in the future. The knockout was so obviously faked on LaMotta’s part that the onlooking crowd at the Gardens, vehemently booed what they saw. LaMotta, got his £20,000 and eventually won the middleweight crown. Poor Billy Fox wasn’t so lucky - pretty soon he was penniless and homeless, just another victim of the mob. 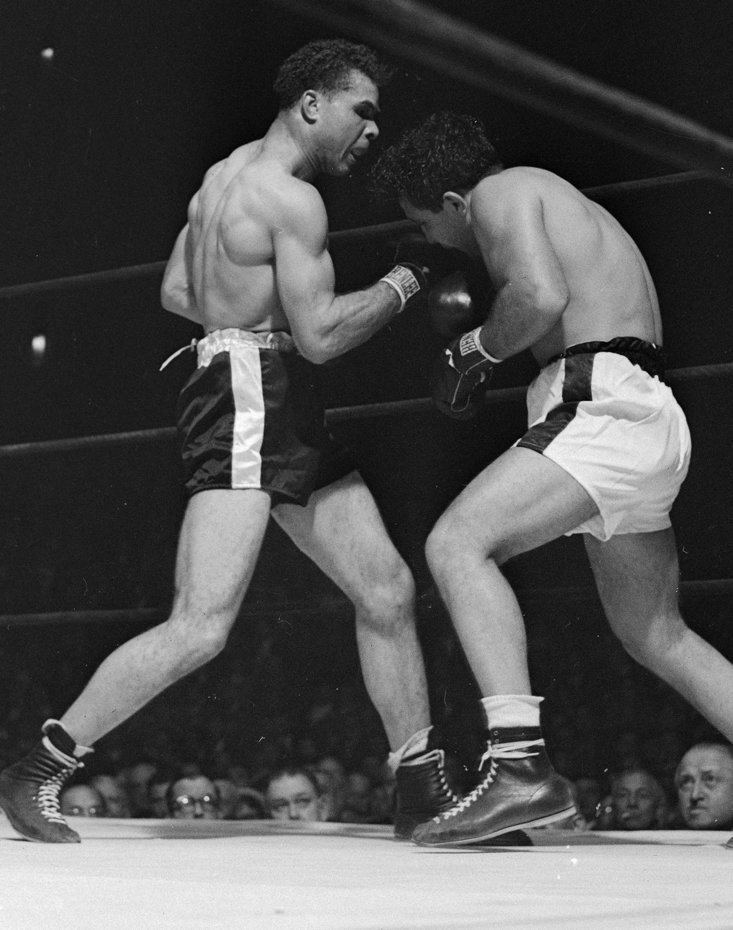 Eventually, in 1958, the law caught up with both Carbo and Palermo, having recorded threats over the phone towards a particularly brave boxing manager who was refusing to give up some of his promotional rights over a fighter. Even from the confines of his cell on Rikers Island, Carbo still had his fingers in a lot of pies within boxing, including full control of Sonny Liston, the heavyweight champion.

The nail in the coffin for Carbo’s scheme came when he was forced to testify in front of a United States Senate subcommittee investigating corruption in the sport. With U.S Attorney General Bobby Kennedy leading the prosecution, Carbo pleaded the fifth amendment 25 times stating: “I cannot be compelled to be a witness against myself.” The mob’s famous Omerta, their code of silence, did Carbo little good on the stand. In 1961, after a three month trial, he and Palermo were charged with extortion and conspiracy and Carbo was given a 25-year jail sentence including a stint at Alcatraz, the one time residence of Al Capone. 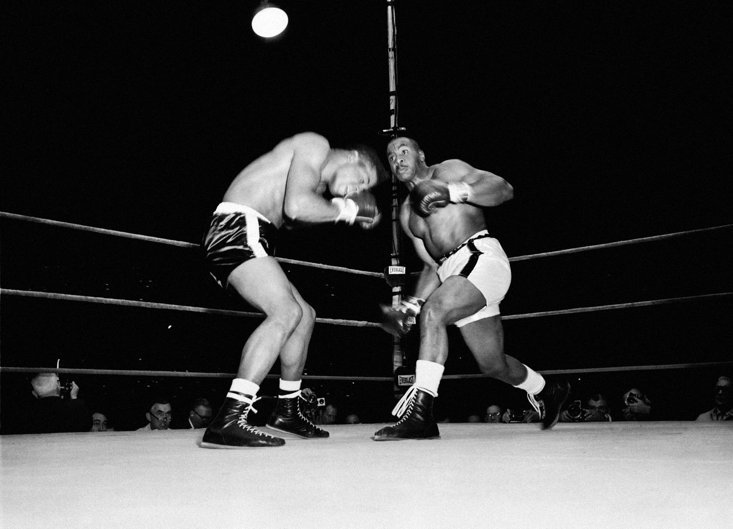 SONNY LISTON, ANOTHER BOXER WHO FELL INTO CARBO'S GRASP

Once described by a policeman as “the nicest killer you could ever meet,” Carbo rose from street hoodlum to the most powerful man the sport has ever seen, ruling it with a series of Machiavellian manoeuvres, generating millions from the bravery of every soul who dared step foot in the ring week in and week out. More importantly, he, along with his criminal cohorts, tarnished some of the most historic nights in boxing, leaving question marks of the legitimacy of literally hundreds of matches in New York and further afield in the mid-part of the 20th century.

Carbo; the grey-haired, supposedly mild-mannered gentleman was the perpetrator behind boxing’s darkest hour.