England don’t produce these types of players often, but every now and then a footballer will come along that takes your breath away. We love a rampant goalscorer does, we adore top class goalkeepers, but the midfielder that controls the tempo of a match with his every touch is undeniably beautiful.

Paul Scholes was an undeniably beautiful footballer. An unrelenting passing metronome packaged into a short ginger guy from Salford. He’d go on to become one of the best midfielders on the planet, one that would draw praise from some of the finest players of all time, but his humble and quiet demeanour meant he also stayed out of the headlines.

It is a huge testament to his footballing brain that he transformed his game over his career. As a youngster he was often played as a goalscoring second striker, and he was terrific at that too. Some of his best games in an England career that was far too short (thanks Sven) came with him popping up in the box, such as when he scored against Tunisia at World Cup 98, or Croatia at Euro 2004.

Sir Alex Ferguson's first words upon seeing him as a youth player were brutal though. “He’s got no chance – he’s a midget.” But for a short guy, he often found himself scoring big headers. For a guy who ‘couldn’t tackle’ he didn’t half hold his own in the Premier League. For clubs like Arsenal or Chelsea, who were fighting United for the title on so many occasions, they didn’t need to target Wayne Rooney, wind-up Roy Keane or foul Cristiano Ronaldo - they needed to stop Scholes.

Easier said than done for sure. As his game developed, he became this complete midfielder who could do absolutely everything. He was never the quickest, the strongest, or the fittest player United had but more often than not he would be the best player on the pitch. He preluded Xavi and Andres Iniesta before Pep Guardiola made the world fall in love with tika-taka and if one English player could have seamlessly played in that Barca side, it would have been him. 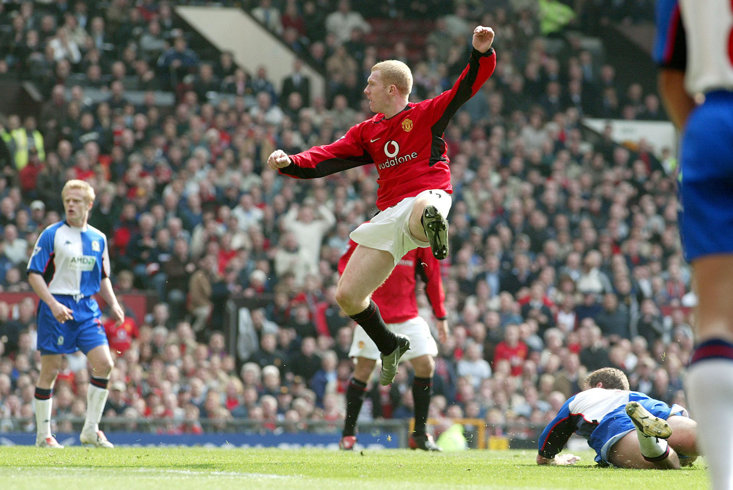 It perhaps explains why he found it so easy to come out of retirement and help Manchester United win the league again. All the physical traits that most players rely on, Scholes never had in the first place, yet his footballing brain was so far ahead of everybody else's. He could spray the ball about or draw players in, and he would always be on hand to score a big goal.

That goal against Barcelona to send United to the Champions League final may be his most memorable, but who can forget his last minute winner in the Manchester derby at the Etihad? At the age of 38, Scholes came back to win the Premier League for the 11th and final time of his career.

The praise of his colleagues is something that has been heaped on the Englishman throughout his career. Thierry Henry called him the best Premier League player in 2015, while Zinedine Zidane, Pele and Xavi have all heaped praise on his unassuming shoulders. He is one of the finest midfielders this country has ever produced, and the only shame is the Three Lions didn’t see that earlier.

His early international retirement meant that United got to see the very best of Scholes though. At his very best he was the finest midfielder on the planet, and at his very worst, he was still probably the best player on the pitch.