Football
Features
Steven Gerrard's side will not be playing Champions League football this season after their defeat to Malmo
Simon Lillicrap
10:52, 11 Aug 2021

As Steven Gerrard watched from the sidelines while his Rangers side threw away their spot in the Champions League at the hands of Malmo on Tuesday, he must have wondered to himself just how this start to the season has unfolded so disastrously. Three defeats from four games is seriously damaging, given this side lost just three games from 56 in last season’s title-winning campaign, but the long-term effects could be equally troublesome.

Rangers have already amassed a hefty amount of debt. At the end of 2020 they reported a yearly loss of £15.9m, which was partly down to the Covid-19 pandemic, but they had also lost £4.9m the year before that, when fans were allowed in the stadiums.

Talking about the fans, their return to Ibrox has surprisingly been perceived as a bad thing, but it is a chicken and egg situation. If results on the pitch were good, fans would be heralded as they roared the team on and it is only because the team did so well in empty stadiums that we are even questioning the negative impact of Rangers’ support. It was only a red card and an unfortunate couple of goals conceded that naturally changed the mood around the stadium, so to impart any blame onto those in the stands is misplaced.

They’ll play a key role as Rangers look to defend their title and succeed in the Europa League, but the financial difference last night’s result has made to the club is huge. In the Champions League, every group stage participant is guaranteed €15.25m before a single game is played. After that, each group-stage win is worth €2.7m, with draws paying €900,000 apiece.

In the Europa League, a competition which Rangers have been in for the past four seasons, the payments are much lower. If they get past their play-off tie and make it to the group stage, they will be awarded a base fee of €3.63m, each victory in the group pays €630,000 and a draw €210,000. Although, they are more likely to qualify from their group which will bring financial reward as each group winner earns €1.1m and each runner-up €550,000.

So you can see the financial disparity between the two competitions and this makes things difficult for Gerrard, who is trying to take his team up to the next level. The money the Champions League would have brought in would have allowed his side to strengthen, and now they face losing some of their top players who will surely harbour ambitions of competing in Europe’s premier competition. 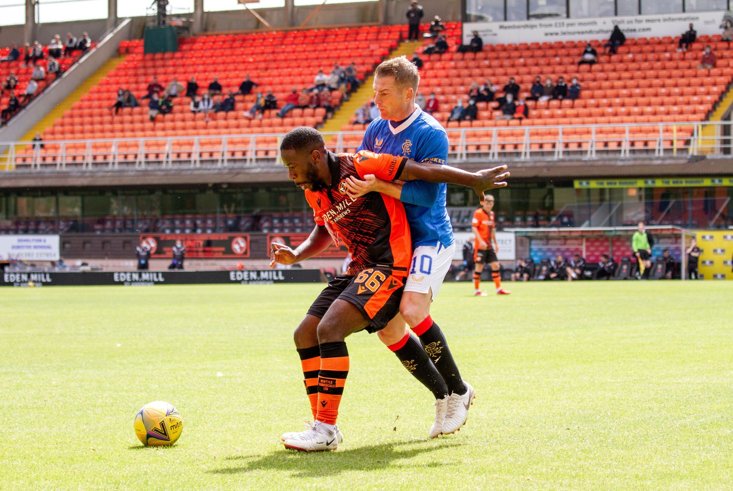 But there is also the argument that it could have come too soon for this team. Despite the red card, they were outplayed over two legs by Malmo and are unlikely to have experienced much joy in the Champions League group stages. In the Europa League, having reached the last 16  in the past two seasons, they have the ability and experience to go deep in the competition. Napoli, Leicester City and Lyon will provide stern opposition in the latter stages, but who is to say they cannot make the final as they did back in 2008?

It’s been a diabolical start to the season for Rangers, of that there is no debate. The riches of the Champions League are now a distant dream, but this season could still be a very successful one. Their squad is strong enough to retain the Scottish Premiership title with a bit to spare, their fans, despite negative press will back them to the hilt, and the Europa League offers Gerrard’s side a winnable chance at redemption.