Motorsport
Features
It is 10 years today since the team clinched its first double
Jennie Gow
14:00, 14 Nov 2020

It’s been 10 years since Red Bull first did the double. Ten years since they rolled out the two RB6 race cars and handed the keys to Sebastian Vettel and Mark Webber. And 10 years since they won both the Drivers and the Constructors Championships. Since 2010 there have been a slew of subsequent trophies, cars and drivers (four drivers titles and four constructors’ championships) from the team that bought the ailing Jaguar Racing back in 2005. They are here to win, but what does it take to stay at the highest level for over a decade? What’s the blueprint for success?

The team is led by Christian Horner, the longest serving team principal currently in the paddock. He was there at the very start, having moved up from Arden International to take on running the team. The man with the money behind Red Bull? That’s owner and multi-millionaire Dietrich Mateschitz who always wanted to own a racing team. This wasn’t just a short-term bit of fun for ‘Didi’, he was in it for the long game, bringing in Adrian Newey, the “Schumacher of designers”, as Horner once put it.

Success wasn’t immediate and it took the regulation changes of 2009 to see Red Bull climb up the ladder. It wasn’t to be that year – the Brawn took all the spoils and Jenson Button was the man on the top step of the podium, but the writing was on the wall. Red Bull were coming!

Make sure you have the right mix of car and team

The Renault Engine at the time was a beast, and combined with the perfect design by Adrian Newey it was a competitive dream to drive. Put that together with the perfect blend of experience and youth in the team and you had the beginnings of something beautiful.

Whatever the RB6’s name - Sebastian Vettel always names his cars, whether ‘Randy Mandy’ or ‘Luscious Liz’ - the Red Bull was the car to be in, posting the fastest time in qualifying in 15 out of the 19 races. Adrian Newey claimed that the car was "probably the car with the most downforce in the history of F1" and before he left Red Bull in 2014, Vettel said it was his favourite F1 car. From there the winning seemed almost easy. Sebastian Vettel was the perfect partner for Newey’s creation and was able to guide the car to the Championship title with metronomic success. 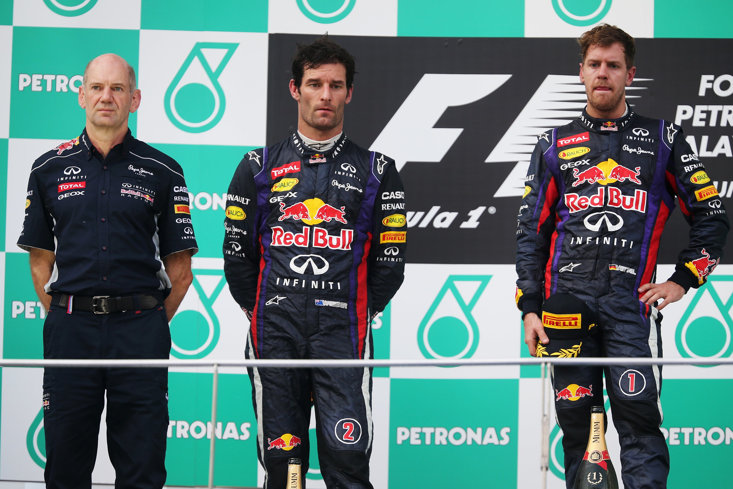 NEWEY, WEBBER AND VETTEL AFTER THE EPISODE IN MALAYSIA. THE TENSION WAS PALPABLE

Understand there will be bad times as well as good

Nothing stands still in F1 and with success comes controversy. With searing pace comes bruised egos and heartache. What looked like relatively happy days at the beginning would soon become a very public falling out. In 2010, Webber was certain there was an agenda within the Red Bull garage and that Vettel was getting treated differently. "I've just won the previous two Grands Prix from start to finish and then a new rear wing arrives and goes over to the other side of the garage. And I know for a fact the mechanics were furious.” Even Christian Horner admitted the situation was hard to manage, “You are never going to keep both drivers totally 100 per cent happy, and sometimes as a team principal you have to make difficult decisions."

Don’t be afraid of tough decisions

The road ahead was going to get bumpy – despite winning back-to-back constructors and drivers titles the toxic atmosphere within the team got worse and worse, and soon there was blatant disregard for team orders and, some thought, safety. Just think of the collision in Turkey in 2011 and then fast-forward to 2013 when Seb ignored team orders and he and Mark publicly argued about it while waiting for the podium ‘celebrations’ after their 1-2. The team wasn’t big enough for the two of them, and it was clear Mark would have to go. It brought an end to the Australian’s F1 career but also to the dominance of the Red Bull team.

And of course, however bad it gets, it can always get worse

Enter 2014 and a new set of regulations; The hybrid era. All of a sudden from being on the top of the pile, Red Bull found themselves out in the cold. It was the turn of Mercedes to produce an all-conquering car and Red Bull could do nothing but marvel at the brilliance of the Brackley team.

With a Power Unit unable to compete and driver dynamics far from harmonious, Daniel Ricciardo came into the team and unsettled Seb. The most dramatic weekend in Japan was just about to unfold. Vettel suddenly announced he was leaving the team and heading to Ferrari. Christian Horner was shocked. The winning feeling had definitely deserted the Red Bull team. 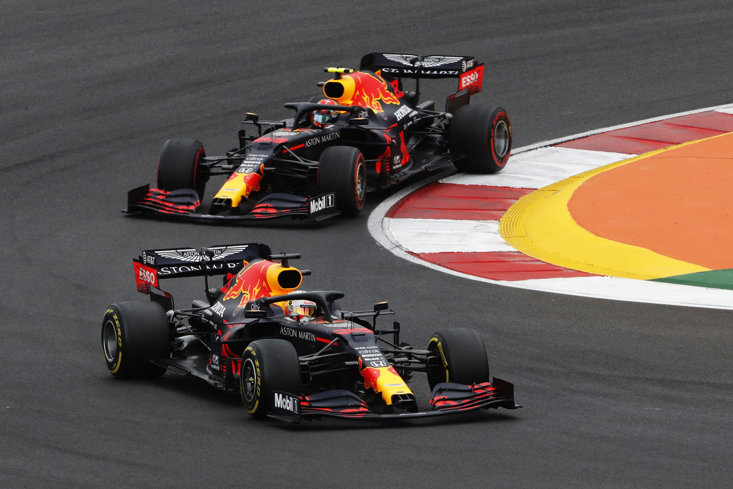 Before it gets better

There was still a victory to be had off the track though and that was the signature of a young man called Max Verstappen. Mercedes were keen to sign the Dutchman, but they couldn’t offer him a seat in F1 yet – Red Bull had no reservations and Max became the youngest driver ever to enter F1 as he climbed into the Toro Rosso seat in 2015. He was 17 years and 166 days old. Max spent just one year at the junior team before - four races into the 2016 season - he was promoted to Red Bull in place of Daniil Kvyat. He promptly won the race and it looked like good times were just around the corner for the Milton Keynes-based team.

And finally, you need two brilliant drivers, not one

There is no doubt Max Verstappen is a superb talent. Young, cocky and bullish (just like his Dad, Jos) he has made the garage his own and won nine races - pretty impressive when you think that the team have never had the fastest car since he was promoted. However, Max is going through teammates quicker than a hot knife through butter. Since 2016 he has partnered race winners Daniel Ricciardo and Pierre Gasly, and is currently destroying Alex Albon. With only one driver able to score big points, the team will surely find it almost impossible to challenge for another title and they need to make sure they have two competitive faces on the grid.