Stepping out into the arena of Candlestick Park, in Bayview Heights San Francisco, St. Louis Cardinals baseball star Bob Gibson produced his 242nd consecutive start. It became a new 20th-century record, passing that of Red Ruffing (a pitcher who had lost four toes in a mining accident).

On the same evening, 600 miles south in the same state of California, Ernie Banks is creating an even greater milestone moment in the same sport.

Though Banks doesn’t realise it at the time, he has just become the first African-American to manage in a Major League Baseball game.

On that Tuesday evening, at the home of the San Diego Padres, the Chicago Cubs found themselves locked in a 2-2 with the west-coast club and their manager Whitey Lockman ejected in the 11th inning.

Appointing in his place to take charge of the game and handle the line-up was Lockman’s former first baseman and short-stop, Ernie Banks.

For the four seasons before his retirement from playing in 1971, Banks had been operating in the dual role of player-coach and was continuing to work in the dugout alongside Lockman.

For fans of the franchise, Ernie Banks was (and remains) ‘Mr Cub’. 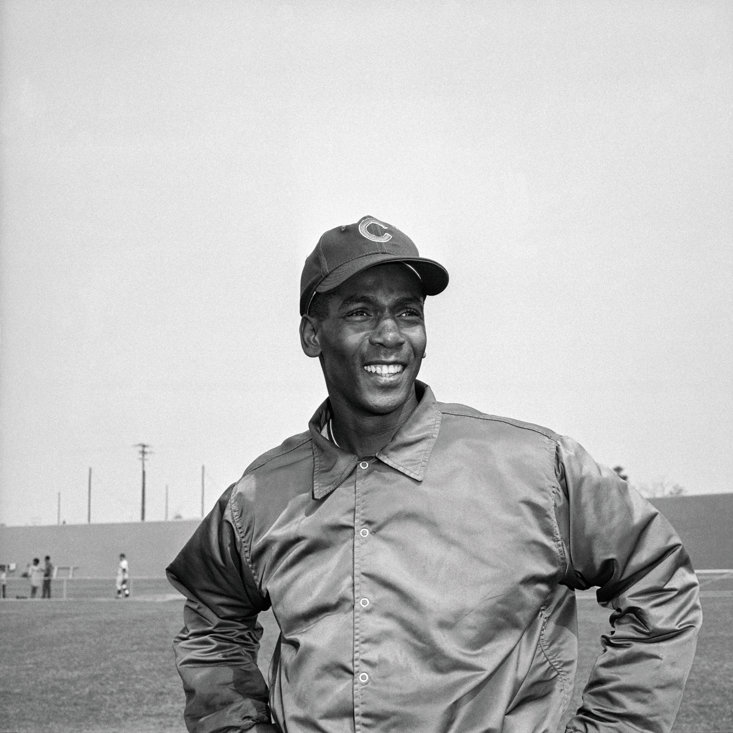 Across 19 years playing for the Illinois outfit, Banks registered a mammoth 2529 games, became a fourteen-time All-Star, and a recipient of a Gold Glove award, and a double National League MVP.

The first black man to ever feature for Chicago, he had also been voted the Cubs’ greatest ever player in 1969, then, the year after, became the first Cubs’ man he hit the 500 home run of his career, and only the ninth player in the history of the sport to achieve the feat.

Born in Dallas, Texas, Banks excelled in four different sports whilst attending Booker T. Washington High School (though they didn’t have their own baseball team). In 1950, with segregation still prevalent the 19-year-old Banks debuted for the Kansas City Monarchs of the Negro American League. After serving two years in the US Army during the Korean War, Banks returned to the Monarchs, who sold his contract to the Chicago Cubs in 1953 for whom he made his debut on September 17th.

Taking the reins as a manager against the Padres, Banks’ made the important decision to pinch-hit - to bat in the place of another player especially when a hit is particularly needed - Joe Pepitone in the top of the 12th inning. The reason, Banks later explained, was because he thought Pepitone ‘was a tough guy’.

“I let him hit against a left-handed pitcher and he won the game,” Banks recalled. More significantly, the instruction meant that Banks had just become the first African-American manager in MLB history.

It wasn’t the only record set that night in San Diego. Cub Bob Locker pitched in his 500th game for another MLB record, as the Chicago side prevailed 3-2. Furthermore, it hadn’t been the first time the Cubs had broken the racial barrier. Just over a decade earlier, on May 29, 1962, they had given the legendary John Jordan ‘Buck’ O’Neil, the grandson of a slave born on the banks of the Niger River, a coaching role. O’Neil however wasn’t allowed to participate in-game nor take any control of a match. 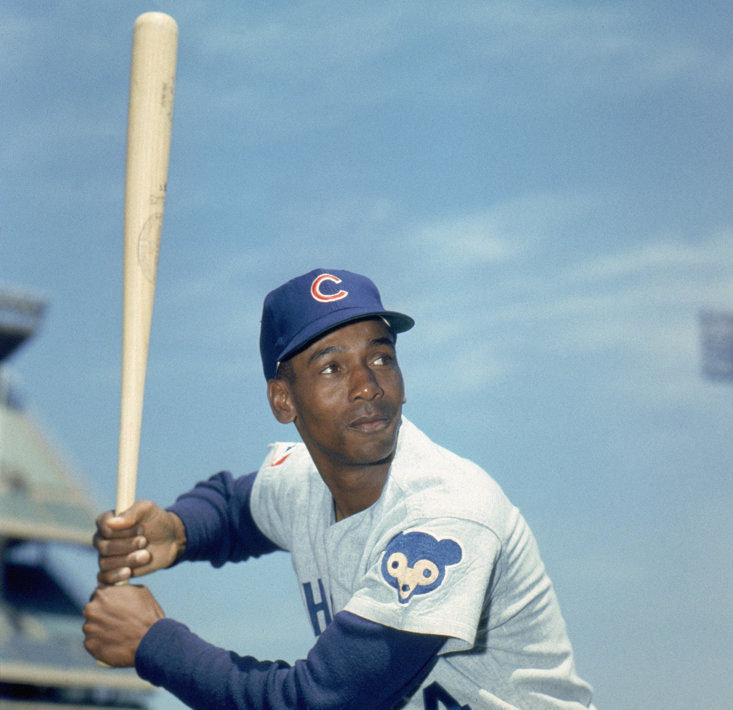 Banks’ further ascension into the annals of baseball history was originally denied through the lack of recognition: from the club, from the fans, from the press, even from the man himself.

“Nobody said anything to me. Not a writer, nobody called me, none of that. I never talked about it. My kids never mentioned it to me,” he later said.

The milestone of an African-American first becoming MLB manager is usually treated as when Frank Robinson took charge of the Cleveland Indians in 1975.

The individual importance of his own feat wasn’t ultimately lost on Banks however.

“It was a really inspiring opportunity for me to manage the Cubs. It was a real joy in my own life, and I’m happy I did it. I’m going to celebrate even if the Cubs don’t on May 8,” Banks once said.

Also known affectionately as ‘Mr Sunshine’, Banks’ warm demeanour, optimism, and enthusiasm for baseball made him a beloved icon across the sport, as was his famed saying, “It’s a great day for a ballgame. Let’s play two!”

Banks remained part of the Cubs furniture for the next several decades, was later elected to the Baseball Hall of Fame in his very first year of eligibility, in 1977, and was awarded the Presidential Medal of Freedom by Barack Obama in 2013. 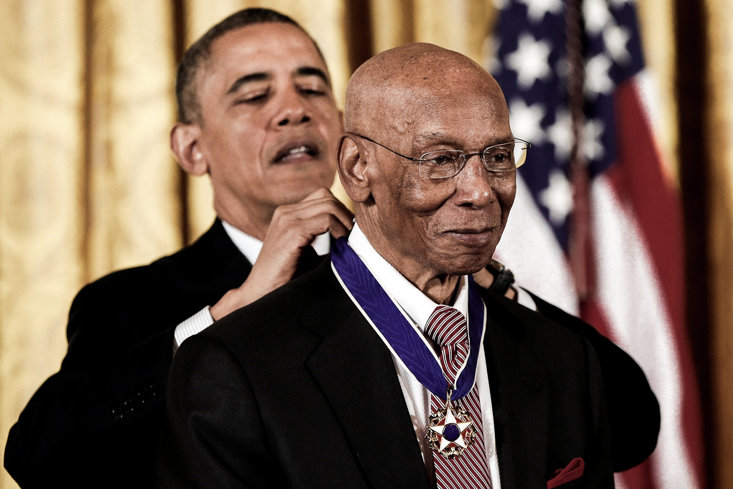 He passed away in 2015. The late Pulitzer Prize winning sportswriter Arthur Daley once  wrote of the contribution Ernie Banks provided to the sport, as an athlete, and as a man: "He rejoices merely in living, and baseball is a marvellous extra that makes his existence so much more pleasurable."