Us Sports
Features
The basketball legend changed the face of the shoe industry
Elliott Bretland
16:00, 26 Oct 2020

Michael Jordan’s stunning career included so many magical moments. From record-breaking hoops to his final title-winning shot (and even appearing in Space Jam!) he did it all to cement himself as one of the all-time greats, not only in basketball but in all of sport.

For every feat he achieved on the court, Jordan was wearing the coolest sneakers to match and sparked a cultural trainer revolution when the Nike Air Jordans were born in 1984. Showing they have never gone out of fashion and proving more popular as the years go by, more than 17 million pairs have been sold over the last decade alone, while in 2019 the brand earned its first $1bn quarter.To mark the anniversary of Jordan’s Chicago Bulls debut against the Washington Bullets on 26 October 1984, which set him on the path that would lead to him winning the Rookie of the Year, six NBA rings and MVP five times, we take a look at the best trainers the NBA Hall of Famer donned and inspired. 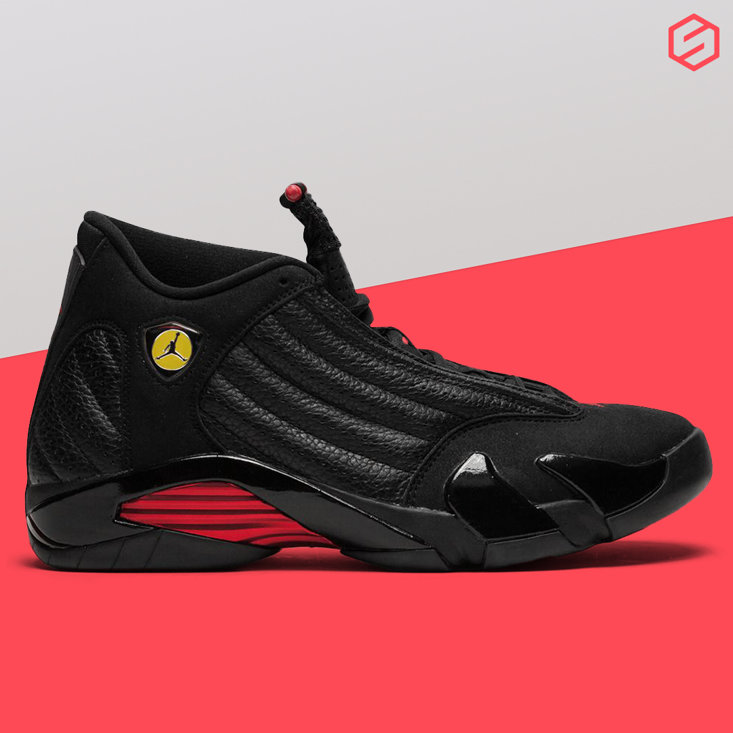 When you’re one of the most iconic sports people of all time, you can pretty much do what you like. So in 1998, when Jordan was handed a prototype by designer Tinker Hatfield and told not to wear them, he did anyway. Jordan took a liking to them and so slipped them on and went to play some basketball.They became legendary, not only because of their low cut and extreme comfiness but also because they would be the last signature pair of sneakers Jordan would wear for the Chicago Bulls as he clinched his sixth title. 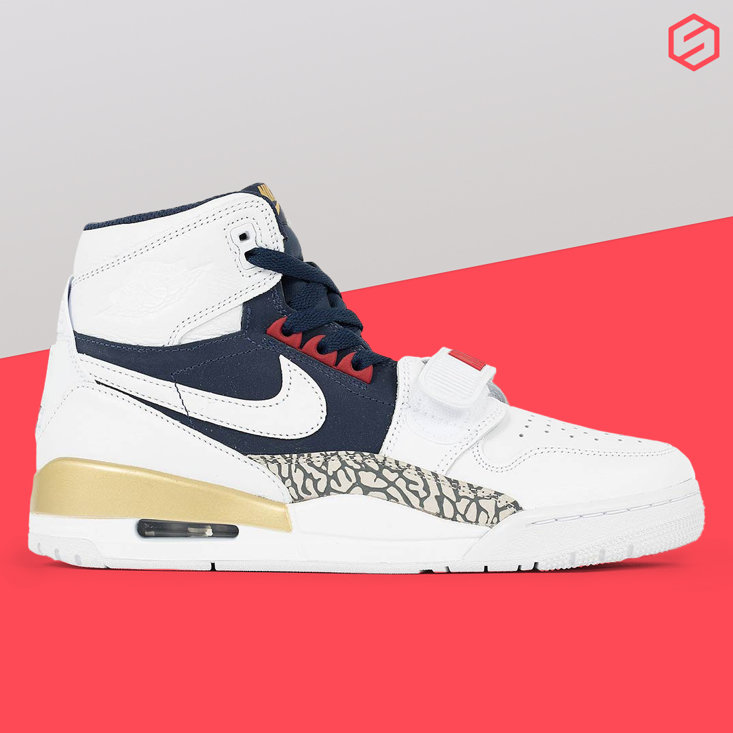 Jordan had the honour of representing the United States at the 1992 Olympics, part of the American ‘Dream Team’ which, for the first time, consisted of professional NBA players. Of course, they went on to win gold (Jordan’s second after finishing first eight years previously too) and went down in sporting history as one of the most talented teams on the planet.In homage to the iconic red, white and navy blue uniforms, the Legacy 312 came out two years ago with a similar ‘Dream Team’ colourway.

Air Jordan 1 'Rookie of the Year' 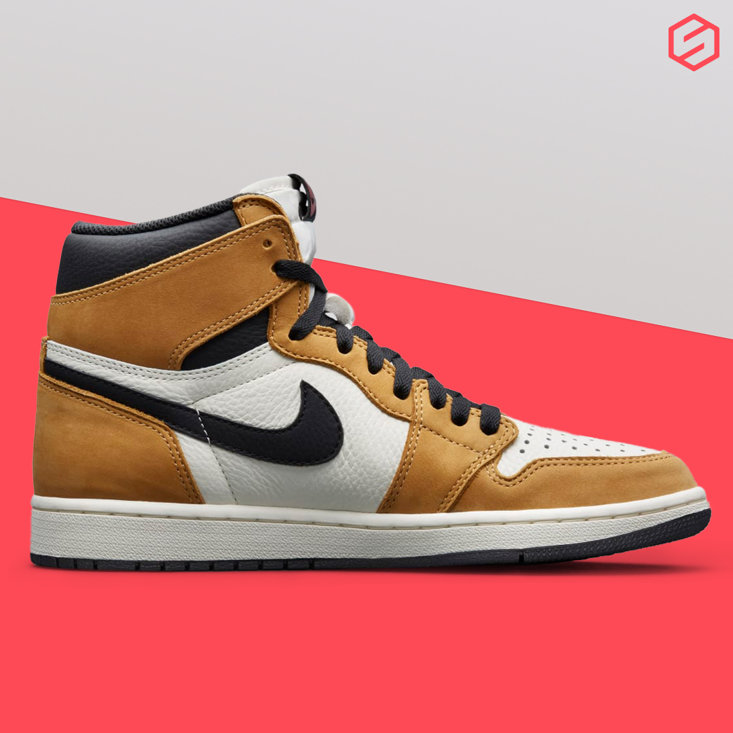 Released in 2018, these sneakers were a nod to the trainers Jordan wore during his acceptance speech now 35 years ago. Aged 22, he guided the Chicago Bulls to their first play-off spot since 1981 and averaged an incredible 28.2 points per game.

Coming in ‘Gold Harvest and Black’ it featured the inscription ‘1984-85 R.O.Y. 2313 POINTS 28.2 PPG’ to mark the campaign, while hidden on the ankle collar reads “This award is nice, but I just feel it is very important for each individual to go out and contribute to his team.” Inspiring and a perfect retro memento. 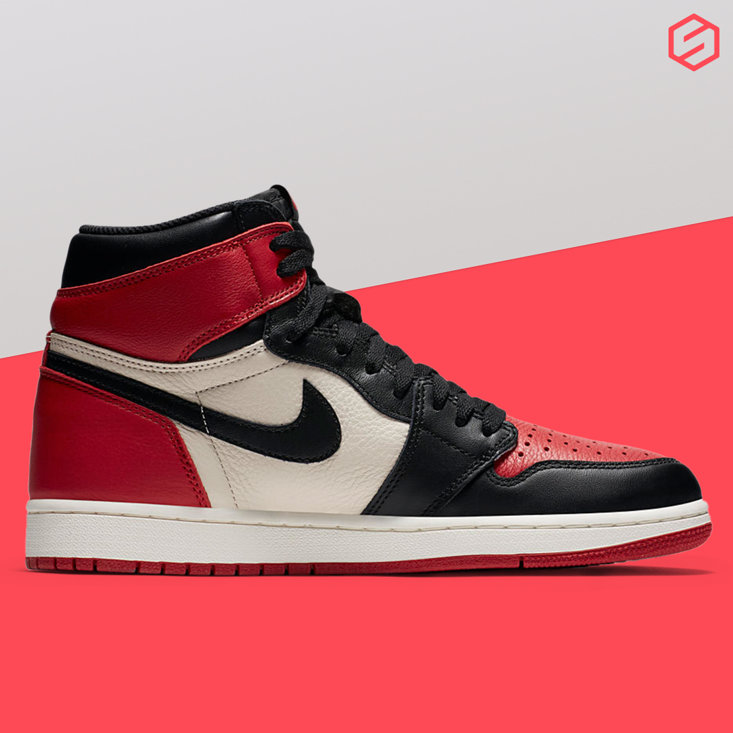 When you boast the mercurial skills and speed of thought of Michael Jordan, it’s already essentially a cheat the opposition can do zero about. So when the legendary baller wore these red and black sneakers on the court and was subsequently banned from doing so, with a $5000 fine to boot (because it didn’t match his team-mate’s jerseys and kicks), Nike used it to their advantage, claiming the trainers gave Jordan an unfair advantage on the court. They did modify them, replacing the black with white but, Nike, that’s genius. 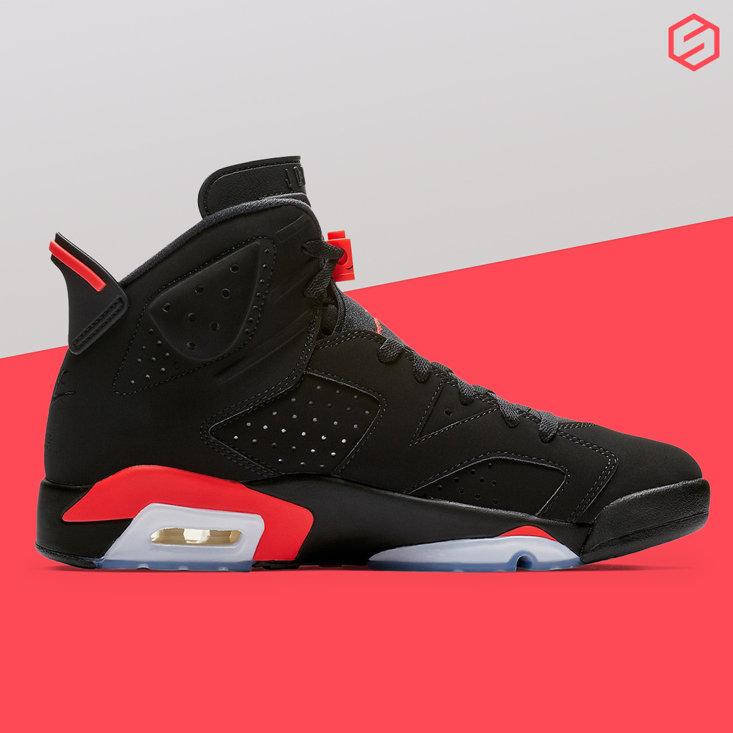 There is no doubting these sneakers will hold a special place in Jordan’s heart, as they were the trainers he wore as he clinched his first-ever title victory in 1991, which was also the maiden NBA triumph of the Bulls too.Wearing a brand new ‘Infrared’ pair, he won the championship and also earned his first MVP, making them particularly memorable, and new remodels were created at the turn of the century, again in 2014 and as recently as last year. These are special also, because of the modifications made to aid Jordan - struggling sometimes putting on previous sneakers, the designers incorporated two holes on the tongue while they also boasted a reinforcement around the toe.