Rugby League
Features
The RLWC chairman is delighted that the tournaments can be played as planned this year
Kris Voakes
16:54, 16 Jul 2021

The Rugby League World Cup this week got the go-ahead to take place as planned in 2021, and with less than 100 days to go until the event begins at Newcastle’s St James’ Park, RLWC chairman Chris Brindley has told The Sportsman that it is a momentous step to be able to confirm the October 23 start date.

“So I’m absolutely delighted that we have announced with 100 days to go that we’re going ahead, and we’ve had some great feedback from competing nations and there were queues on the website yesterday for people wanting to buy tickets.”

The competition’s viability was thrown into doubt due to Covid-19, with continued recording of positive cases in Super League, increasing issues across Australia, and concerns about quarantine laws threatening to make the tournament unworkable. But having worked with all relevant parties to allay those fears, the RLWC committee has been able to give the green light for 2021 despite some calls to delay by 12 months.

“I think this year is the absolute right decision because we've captured the market,” Brindley adds. “We’re a global tournament, happening in this country in 2021, and ticket sales last year for this year were really, really positive from places like London, one of our best postcodes. I think this year is really important, Britain’s open, it’s open more from Monday, we’ve sporting events like The Hundred being played, we’ve seen Wimbledon and the Euros.

“Next year we’ve got the Women’s Euros, we’ve got the Commonwealth Games in Birmingham, and we’ve got the Fifa World Cup. Trying to squeezed it in I don't think would have been good for the game of rugby league, so I’m delighted that we’ve made the decision. We’re going to show more games on the BBC than ever before on television and I’m not sure we could have guaranteed that next year, and also we've got all 61 games on the red button, so I think it was essential we got it off this year.” 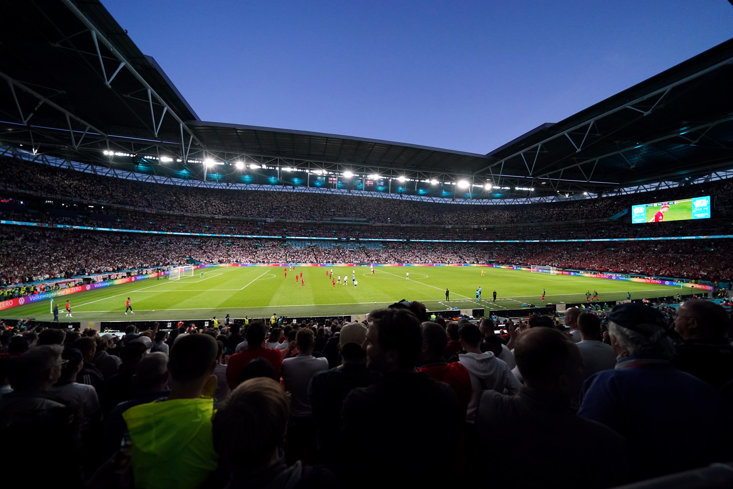 The success of Euro 2020, with eight games being hosted at Wembley Stadium, has helped to underline Britain’s readiness to host major outdoor occasions.

“I think what it showed was that this country’s open for major sporting events, so why wouldn't we want to be the next part of that in the autumn of this year? I think people do want to go out to major sporting events, and what better than having three World Cup tournaments: a mens, a women's and a wheelchair World Cup. I think it was an inspiration to everybody that we wanted to push ahead with is year, and that's what we've done.”

There has remained some doubt among areas of the rugby league community, with South Sydney Rabbitohs CEO Blake Solly claiming this week that NRL clubs in Australia are not in favour, but Brindley says the decision to progress as planned has not been taken lightly.

“We’re not even contemplating [a World Cup without Australia], we are committed to making all of the nations - 21 unique competing nations across the three tournaments - be part of the greatest ever rugby league tournament, so it’s not even a possibility.

“We’re talking to NRL CEO Andrew Abdo, we’re talking to the International Rugby League about it going ahead with all of the competing nations that we originally made the draw in January 2020 with, so it’s not for us to even start discussing that at this stage.” 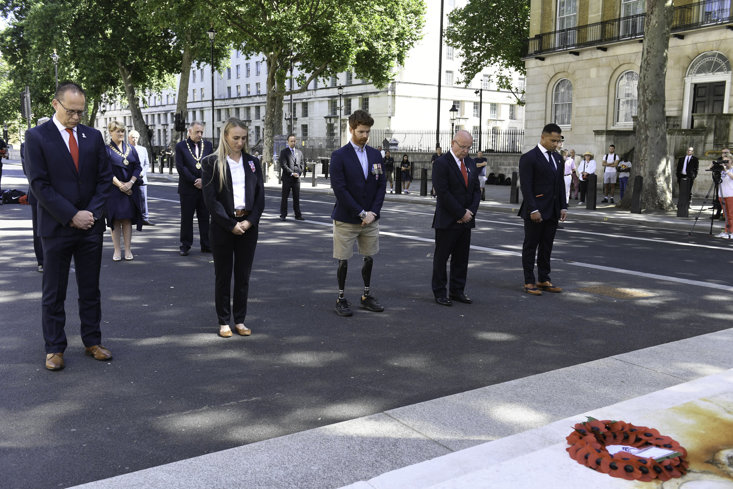 BRINDLEY (FRONT ROW, SECOND FROM RIGHT) WAS AMONG THE RUGBY LEAGUE DIGNITARIES TO PAY TRIBUTE TO ARMED FORCES AT THE CENOTAPH ON FRIDAY

With all concerns now firmly in the rear-view mirror, Brindley and his team now have their sights set on making this Rugby League World Cup one of the best sporting events in recent memory.

“We know there’s still a lot of work to do, the fact that we’ve only got 100 days to go before that first men’s opening game and opening ceremony at St James’ Park. But we’re working 24/7 and we’ve got a great team, we’ve got some great stakeholders, we've been really supported well by the IRL, by the RFL, by government and UK Sport. So there’s a lot of effort going into making this the very best World Cup ever seen, better than 2013, better than 2017, and that’s good for the game of rugby league throughout the world.”