Lockdown has forced us all to think outside the box. From businesses devising clever ways to keep things ticking over, to many of us converting our lounges into makeshift gyms. It has been a case of needs must.

Matt Peck is no different and, keen to mix up his running routine, he decided to plot a workout with a difference, drawing up a Strava route matching the outline of Peter Crouch… as you do” Matt hit the streets of Ealing in west London where the former England striker grew up, devising the 23km course which featured various landmarks linked to the 6ft 7in sports star.

Speaking to The Sportsman after his unique running post went viral, the first question we had to ask Matt was, why Crouchy?

“I’ve lived in Ealing for seven years, where he grew up. It was all through a running club challenge which was to ‘run an ode to someone’ and you could interpret that however you wanted,” he explains.

“I was aware of the Samrat curry house [which the former Premier League marksman mentions on the BBC’s ‘That Peter Crouch Podcast’] which is quite near to me so I did a little Wikipedia search to gather some facts about him and then started finding some places on the map.

“I live around the corner from Liverpool Road [Crouch scored 34 goals in 134 appearances for Liverpool between 2005 and 2008] so I thought that’s a start. I began plotting it out and realised I could possibly, feasibly draw something which resembles a person here…”

The Crouch run was born. The route also included Drayton Manor High, the school Crouch attended when he signed for QPR and Tottenham as a youth, a low bridge, because the former striker is famously tall, of course, and Abbey Road, in reference to his Crouch’s Abbey. Not only that, but it resembles a very tall man, and we reckon it even includes Crouch’s robotic dance arms.

Matt admits that it ended up taking him five or six hours to put together… “My boss messaged me actually and said ‘nice to see you’re putting your work from home time to good use.’” But it was all made worthwhile when Crouch himself shared Matt’s incredible homage. “Big fan of Matt’s running route,” the 40-year-old joked on Twitter, and Matt was delighted with the response.

“That was great, I wasn’t expecting that!” he laughs. “It’s quite a weird story how he got hold of it. Someone I sort of know from the gym follows me on Strava and went to school with Crouch’s sister. So she sent the link to his sister and he took it and tweeted it. It got 28,000 likes on the tweet and he replied to my response, which was awesome.”

Matt, who completed his first race eight years ago and also ran the London Marathon in 2018, revealed he has been running “a lot more than usual” while the gyms are closed during the current lockdown. Since he’s a fan of Norwich City, does he plan to run any Darren Huckerby hurdles or Iwan Roberts routes, we wonder? Perhaps a pursuit in the shape of Alan Partridge?

“I did say to one guy I’m hoping someone will take this and do a Delia [Smith] run around Norwich,” he jokes.

“Quite a few people have tried their own version of the Crouch Run but are basically just going to the curry house. It got a good response and people around Ealing have tried it.” 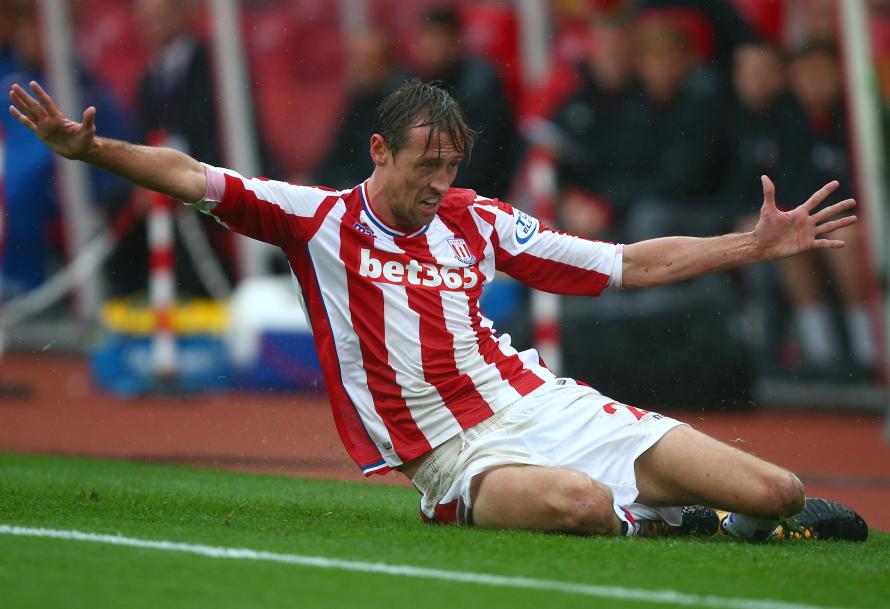 Having seen his run take the internet by storm, even reaching Crouch too, Matt agrees it would be great if others followed suit and produced their own mini-marathons in honour of other sporting greats.

“It would be nice if it did catch on, there are definitely options,” he says. “Running is so boring at the moment and there are so many people about, that’s how the idea came about. I’m in west London so there are loads of sports stadiums around here too. I definitely try to mix it up a bit and there are options for people to do their own versions.”