Winning in Formula One has always been about a driver being with the right team at the right time. History shows that it’s not always as easy as it sounds. Lewis Hamilton managed it with great aplomb – making the switch from McLaren to Mercedes at just the moment when the Silver Arrows started seriously searching for success and then finding it.

Not all moves have been that good. Just look at Fernando Alonso – after winning the title twice with Renault, the Spaniard made the wrong move at exactly the wrong time more than once, with unsuccessful spells at Ferrari and McLaren following. There are few people who would disagree with the thinking that Fernando should have been a World Champion more than twice in his career.

But Alonso isn’t the only example of a driver being stung, and their talent not having a true chance to shine through. The F1 driver market is far removed from the ‘transfer window’ in football. There are only 20 cars, and the fight for seats isn’t just about talent. A lot of the time it comes down to money!

Which brings us to Sergio Perez – a driver backed by one of the richest men in the world, Telecoms giant Carlos Slim. Perez isn’t short of a bob or two, yet, as things stand, at the end of this season he will find himself without a job. He isn’t short on talent either – he collected his first race win in Sakhir this weekend and has 10 podiums. However, there’s simply no room at the inn for the Mexican, and it speaks to fears of a worrying new era in Formula One.

That’s because 2020 is the beginning of the decade where Daddy’s dosh counts for an awful lot…maybe too much.

Michael Latifi, father of Williams driver Nicholas, has got a couple of billion to his name and invested £200m in McLaren a couple of years ago. Meanwhile, Nikita Mazepin, who will join Haas next season, has a dad with a little spare cash too – Dmitry is worth £5.25bn and there are some who say his end goal is to take over ownership of the team in the future. 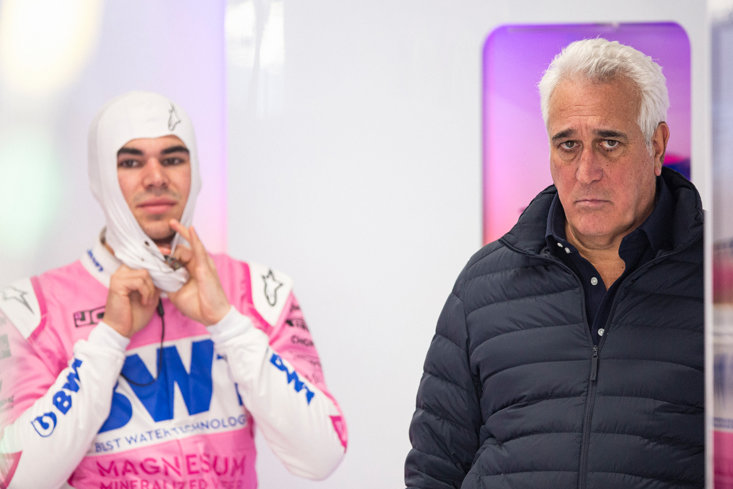 And then there’s Lawrence Stroll. The first father to come to the fore, the Canadian businessman worth nearly £2bn decided to pump money into F1, backing his son by paying for a seat at Williams. Lance was the 2016 FIA European Formula 3 Champion, so had some pedigree, but this was a big step up.

Next, Lawrence wanted a bigger piece of the action, buying up the ailing Force India team. He renamed it Racing Point and hired his son to be a driver alongside Perez. Last year Lance was less than stellar, being beaten convincingly be his teammate with some regularity - in 21 races, Stroll outperformed Perez only five times. However, with his dad behind the scenes, it was clear Lance wasn’t going anywhere.

When Sebastian Vettel was released by Ferrari for 2021, Lawrence Stroll thought it was the perfect pairing to bring the German alongside his son, and all of a sudden Perez found himself with both budget and talent, but without a seat in Formula One for next year.

Since the news hit that Perez had been dumped out the team, his performances have actually gone from strength to strength. At last week’s Bahrain Grand Prix he would have been on the podium but for his engine bursting into flames with just a few laps to go. This week, at the same circuit in the Sakhir GP, he went one better – managing to win the race.

What a wonderful victory it was, and with his teammate on the podium alongside him it was the perfect weekend for the team from Silverstone. This was the perfect showcase for the man from Mexico as he desperately tries to find a race seat for next season. 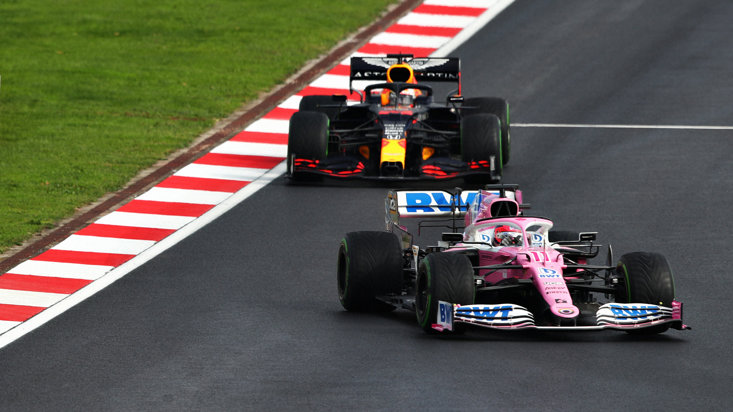 PEREZ GETS THE BETTER OF MAX VERSTAPPEN - COULD THEY BE TEAMMATES IN 2021?

So, what are his chances? There is just one spot possible – and it’s a great role: the Red Bull seat to partner Max Verstappen. However, there is competition for what could well be a race-winning – even a Championship-challenging – seat, with the team having young gun Alex Albon on board at present and seeming reluctant to part ways with the talented British-Thai driver. Red Bull is all about bringing through young talent, and the team have very rarely dipped into the driver market outside of their own ranks. A switch at this stage would be a real change in the team’s philosophy.

However, after this weekend’s performance they surely have to be looking more closely at Perez. He is extremely talented when it comes to looking after his tyres, he has good race craft, he can battle cleanly and, as he showed at the weekend, he has the ability and the know-how to come from the back of the grid to the front and win a race.

Being with the right team at the right time is key. Yes, it will be tough to go head-to-head with Verstappen, who is a real star of the future. But someone, somewhere has to see that when the music stops F1’s newest podium-topper is too good to be left without a seat.