Sheffield United are on course for a record-shattering season, and not of the good kind. Halfway through the Premier League campaign, they sit bottom with just five points from a possible 57. They’ve lost 16 of their 19 games thus far, and have scored only 10 goals. If they replicate that form over the remaining matches, they’ll go down in Premier League history with the fewest points, most defeats and joint-worst goals return over a full season.

So it is perhaps understandable that some people are wondering why manager Chris Wilder remains in a job. In a modern world in which bosses are hired and fired at the drop of a hat (are your ears burning, Mr Abramovich?) the notion that the Blades might give Wilder quite this much time can seem bewildering. But the Sheffield native has more than proved his worth in the United dugout since being handed the job in 2016.

When Wilder arrived, Sheffield United were at a low ebb. They were facing up to their sixth consecutive season in League One, and had just finished their previous campaign with a lap of honour that has gone down in local folklore.

Normally an opportunity for mutual thanks between fans and players, the 2015-16 end-of-season ritual at Bramall Lane turned nasty, with only a few pockets of supporters staying behind after the final game, and many of them hung around only to shout abuse at the playing staff. “Look around you, you’re an embarrassment, this is what we think of you. You’re a disgrace to the city,” bellowed one fan caught on video, and his attitude pretty much summed up the mood as others continued to boo the first-team squad. 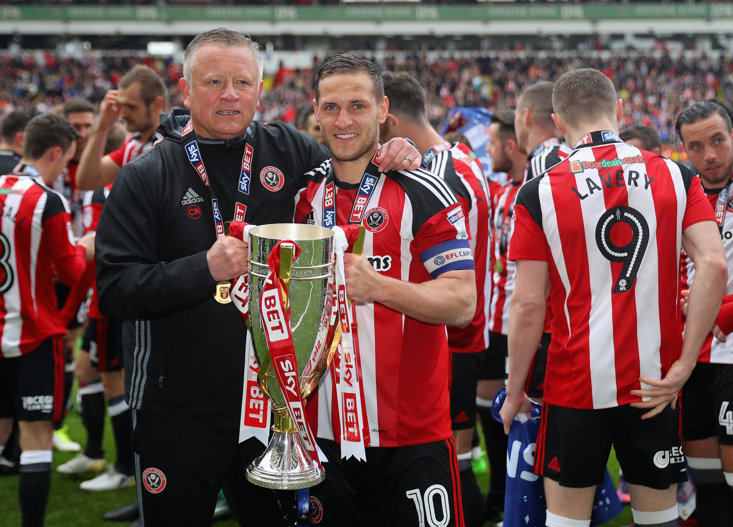 But within a year of taking over Wilder had led United to the League One title in convincing fashion, racking up 100 points off the back of 30 goals from Billy Sharp and an insuppressible style of play which saw centre-backs given the licence to roam forward. That style would be replicated over the next couple of seasons as the Blades finished 10th in the Championship and then went on to gain promotion to the Premier League. And last season’s ninth-placed finish in the top flight stunned the country.

What Wilder did in those first four years in charge more than justifies his continued employment at Bramall Lane. Yes, this campaign has been a huge disappointment, but it is worth looking at the current United squad before assessing the manager’s progress.

There are still four outfield players in the current first-team setup – Jack O’Connell, Chris Basham, John Fleck and Sharp who were part of their League One-winning side back in 2017, and they have made 48 appearances between them this season. That’s is quite a heavy workload for a bunch of players who were playing in the third tier only four years ago, particularly when you consider O’Connell has played only twice before a season-ending knee injury. 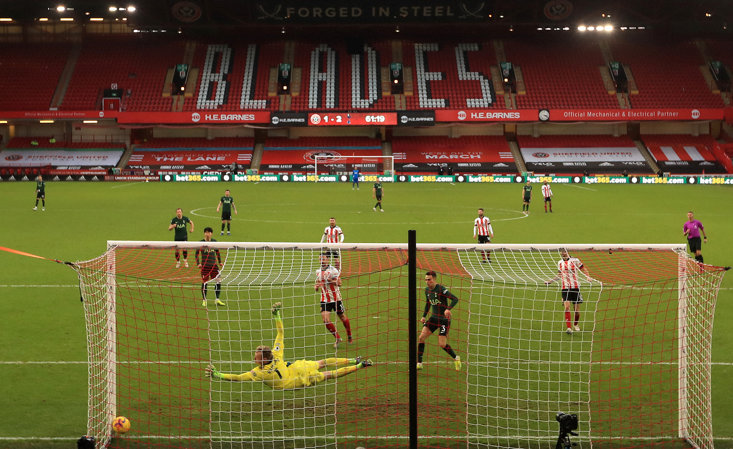 So the question is, what exactly were people expecting of Wilder? He performed nothing short of a miracle to lift United to a top-half finish last term given the resources available to him, and he has every right to expect that the board will give him another crack at the Championship next time around. If you gave this squad of players to Jurgen Klopp or Pep Guardiola, they’d struggle to get many more than their current tally of five points out of them as well.

As Sheffield United rock up at Old Trafford to take on Manchester United on Wednesday night, they do so with their plight already fairly clear. It would take an escape of Houdini-like proportions to get them out of this mess, and they could yet break all those unwanted Premier League records, but then that is ok. Because this is a well-run club, who will stick by their Blades-mad manager and use the riches collected in the Premier League to help them to come back better in the near future.

Sacking managers at lightning speed might work for the Chelseas and West Broms of the world, but Sheffield United wouldn’t be where they are today without Chris Wilder. And that’s why they will give him years, rather than weeks, to turn the ship around.