It attracts attendances in excess of 50,000, deals out prizes worth more than $23 million and has resulted in the deaths of 14 drivers since its first race back in 1966. And on Saturday, the 24 Hours of Daytona is back for its 2021 edition, with more epic battles guaranteed on one of the world's most iconic racetracks, the Daytona International Speedway. This year there is the added attraction of history potentially being made, as teams fight it out to become the first ever to cover 3000 miles in 24 hours.

At the same venue as NASCAR’s most famous race, the Daytona 500, the track for the day-long spectacle tests the concentration, ability and stamina of teams of four drivers as they compete for the glory and prizes that come with winning. But what else do we need to know about this epic endurance event? 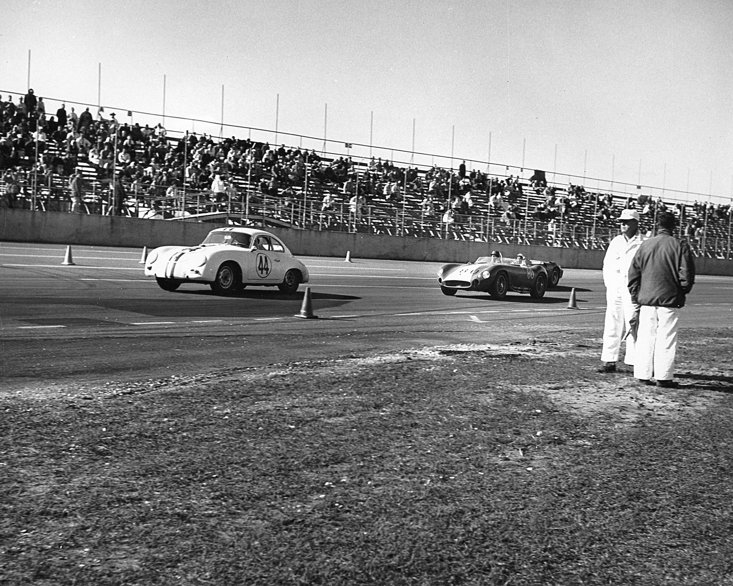 The first race of this ilk at the Daytona International Speedway was way back in 1959, shortly after the track had opened, when a one-off six-hour race was held on the road course. Then it bounced back in 1962 with an event named the Daytona Continental, which was just three hours long but by 1964 it had been increased to a 2,000km race (around six hours) and, by 1966, we had our first 24-hour race at Daytona.

Only the fuel shortage of 1974 stopped the race from taking place, but since then we have enjoyed yearly 24hr action at this incredible circuit. That first race back in 1966 was won by the aptly named Brit Ken Miles alongside American Lloyd Ruby, who won the race in a Ford Mk II, covering 2583 miles between the two of them. Three drivers were permitted from 1976 and that was increased to four in 1983, the same number that is often seen today.

Unlike Le Mans, the race takes place in late January, meaning that it provides arguably a trickier test for the drivers, with the sun setting early and rising late. Keeping your concentration over those dark hours, with the circuit lights only lit to 20 per cent, can prove exceptionally difficult. The track is also a difficult one, incorporating both the iconic and incredibly steep NASCAR bowl as well as an intrinsic interior course.

Featuring two hairpins and a chicane on the regular back straight, this is far from your usual NASCAR track, instead becoming a classic 24-hour race. Cars can reach speeds of 200mph on those banks and, when things get wet, as they did in 2019 when the race was red flagged twice, things can get hairy!

However when the weather is right the distance covered can be astronomical. The winning Wayne Taylor team last year smashed the record by racing a total of 2965 miles in 24 hours. Even including pit stops and driver changes, that means they averaged 123 miles per hour over the 24 hours. Stay tuned, as it appears the 3000-mile barrier is now within reach. 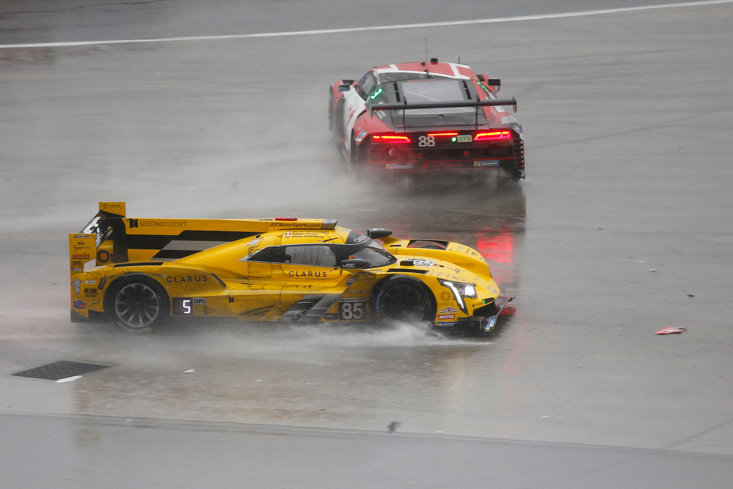 With four race-car classes, two sports prototypes - the Daytona Prototype international (DPIs), and the Le Mans Prototype 2 (LMP2), and two Grand Touring classes - the GT Le Mans (GTLM) and the GT Daytona, (GTD) all going up against each other, there are some expensive and unique cars on the grid.

Each DPI is worth in the region of £1 million with teams like Mazda and Cadillac entering cars, while giants like BMW, Porsche and Corvette are in the GTLM class. The total worth of cars on the starting grid was over £31 million back in 2019. That is a hell of a lot of money but it does mean this race is well worth watching. The accidents may make you wince though, just thinking about the cost of the damage.

So, after hours and hours of driving, pushing your body to the limit and putting your life in danger, what is the prize for winning this prestigious event?  Well, having Rolex as the sponsor since 1991 does have its benefits. Every driver who wins the race is awarded a Steel Rolex Cosmograph Daytona, which retails at £80,000, but as they are personalised they are truly priceless. Pepsi sponsored the race up until 1984, at which point Sunbank took on the naming rights before Rolex came in in 1991 and the race was renamed the ‘Rolex 24 at Daytona’, as it became one of the three pillars of the modern-day endurance Triple Crown, alongside Le Mans and the 12 hours of Sebring race. Only 12 drivers in history have won all three. 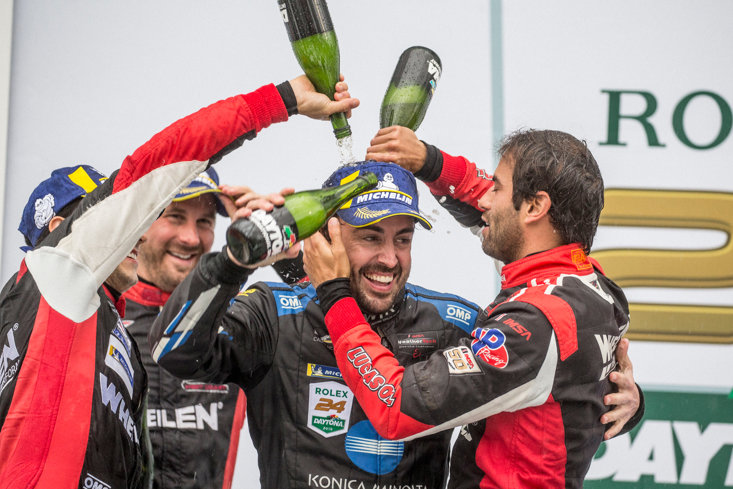 Fernando Alonso (yep, that one) is one of the biggest names to have competed in the race, winning in the rain-soaked edition of 2019, however he felt that he shouldn’t have won the race as it was halted two hours early. Having called for the safety car on several occasions, the Spainiard believed the race should have been called off earlier, when he was in second place: “I think the last five to seven laps of the race were not right. For anyone, because the visibility was nearly zero, we could not be flat out on the straights.”

Meanwhile, in the early days of racing, cars had to cross the finish line after the time was up to avoid a DNF, which led to some innovative thinking. In 1962, Dan Gurney’s Lotus was way out in front with just minutes remaining when the engine failed. Thinking quickly, Gurney parked up at the top of the banking near the finish line and waited for the time to run out. Then, with his lead still intact he released the handbrake and used gravity to take him over the finish line. Genius.