Football
Features
The all-time great has worn some special boots during his career
Elliott Bretland
16:00, 16 Nov 2020

Lionel Messi makes £9million a year from his lifetime deal with adidas which, as hard as it is to wrap one’s head around such a figure, is probably a snip for the German sports giants. Think about it, they have kitted out two of the most precious, talented feet in the history of the game, all the while gaining exposure to millions of fervent Messi fans (he boasts 260m followers across Facebook and Instagram alone!)

It was 17 years ago on 16 November that the talismanic number 10 made his Barcelona debut in a friendly match against Porto. Messi may have worn Nike during those very early days but adidas were quick to swoop and have since adorned Messi with a plethora of his own boots, in a host of styles and colours, marking his many achievements and landmarks. Here we take a look at some of the best... 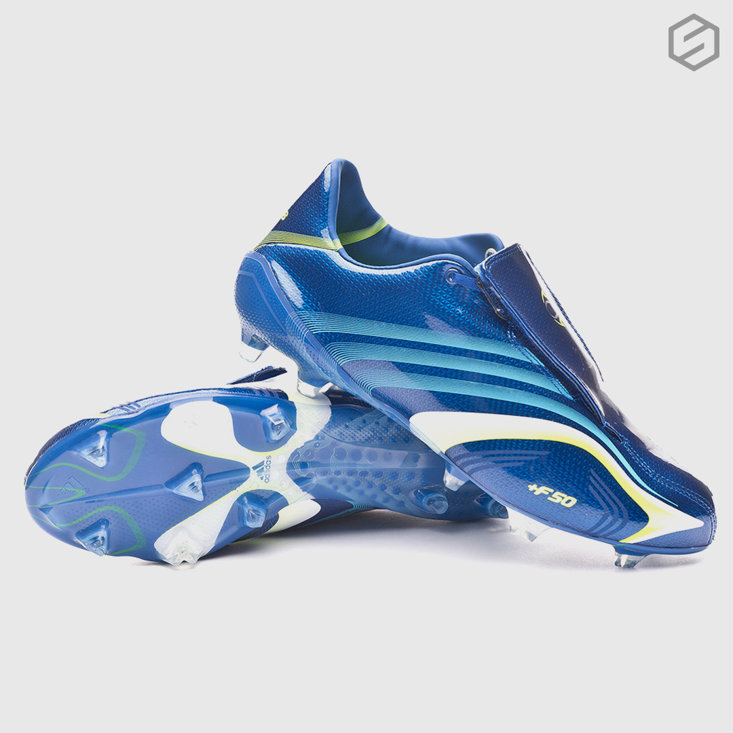 Released just before the 2006 World Cup in Germany, these bright blue boots became iconic as one of the first pairs Messi wore as an adidas athlete.

A real lightweight boot, they aided the Barcelona’s desire to float across the pitch, with the laces hidden behind a large tongue added to the ergonomic design. Following the famous predators, adidas took a fresh and modern approach with the boot, which looks almost space-like and futuristic with wavy adidas lines.

Unfortunately for Messi and Co, the boots failed to help him at the summer tournament as Argentina were knocked out by the hosts in Berlin on penalties, but boy did they help launch him towards becoming the greatest player on the planet. 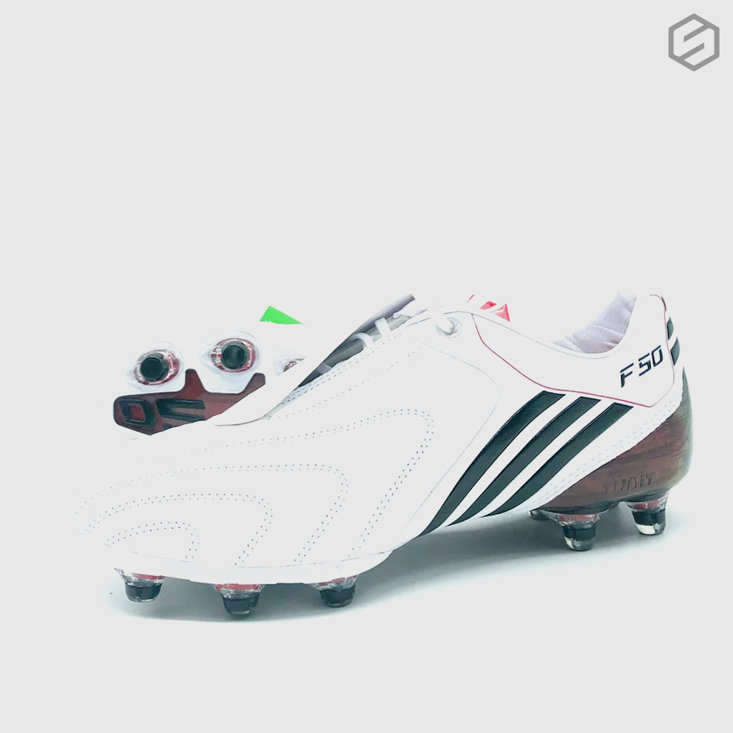 It became an iconic and mesmerising image of one of the greatest football teams ever to grace a football field; Messi taking off his right adidas F50i and kissing it after scoring against Manchester United in the 2009 Champions League final.

Slick and stylish, just like the main man who wore them, they came in a deep sky blue and were no doubt designed especially with Messi in mind. They were made for all conditions, meaning they were sound for the first day of LaLiga right through to the European Cup showpiece to which Messi and his mates were basically assured of an invitation, such was their domination at the time as the world’s best side.

The F50i proved invaluable too, as Messi scooped his first of six Ballons d’Or. 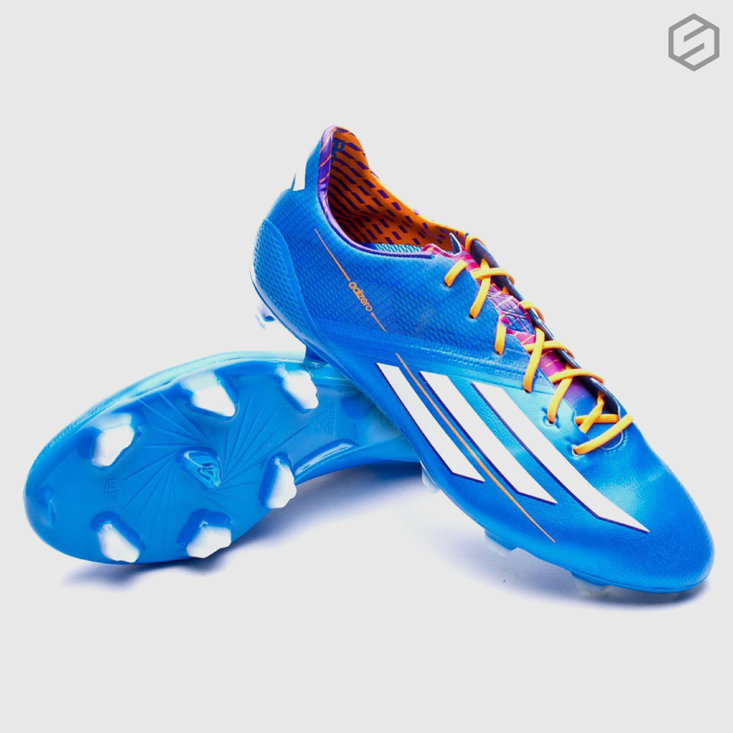 As Messi’s medal haul and individual successes continued to reach insane heights, the German sports brand began creating boots especially for the Barca talisman, gifting him with his own range. With many variations featuring heavy amounts of gold to reflect the achievements of the player, as well as the name of his son, Thiago, born in 2012, they became as synonymous as his trophy lifts.

This coincided with adidas creating many different designs, with the famous stripes being featured towards the back of the boot, adding to the notion that players wearing them would be speed demons.

Tens of designs have been released during the last decade. A brilliant, multi-coloured boot was even created for Messi’s 27th birthday which took place during the World Cup in Brazil (where Argentina fell at the final hurdle, again to Germany, sigh). 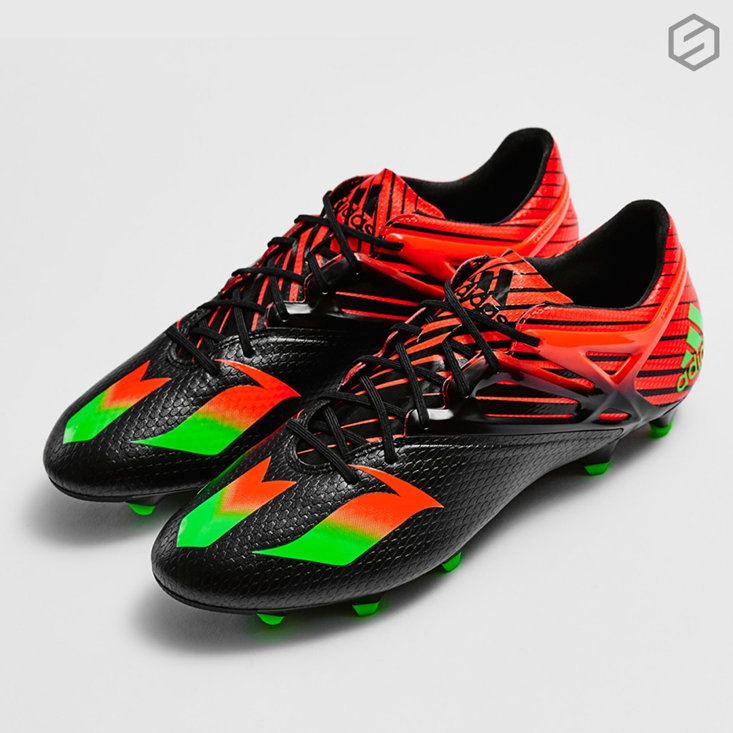 Such is his superstar status, adidas stopped with the fancy names in 2015 and merely called the boots after the Barcelona talisman. The ‘Messi 15’ collection came in a variety of bright and exuberant colours, catching the eye as easily as the forward running full tilt at another petrified opponent. Oranges, electric blues and yellows were all on offer among the collection. 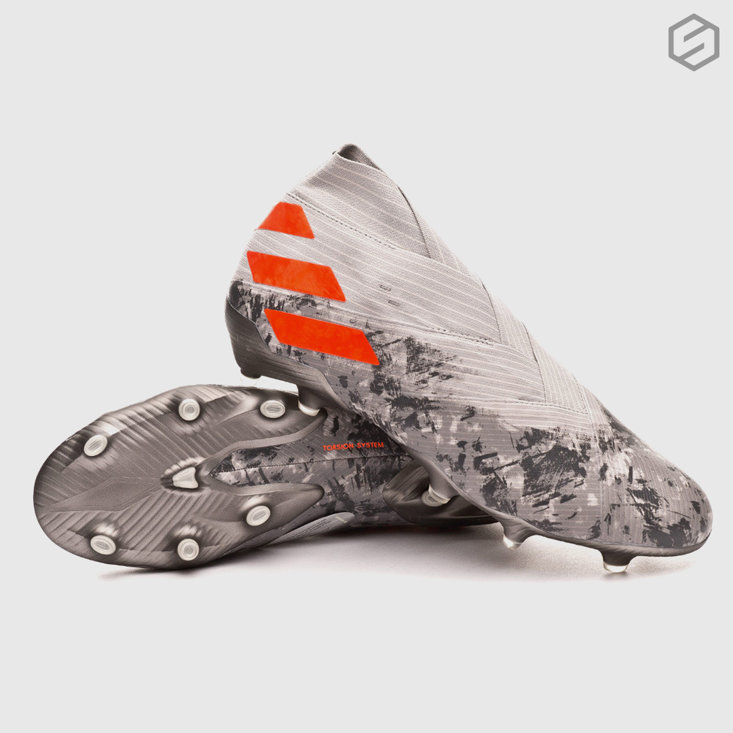 Entering the twilight of his career, the Argentine has been wearing the adidas Nemeziz since 2017.

Messi currently dons the 19.1 variation, which boast the most up-to-date technologies, and use a Bandage System in the upper part of the boot which stretches along with the movement of the foot, imperative for a player of Messi’s agility.

Of course, being one of the biggest names in football history, ‘Messi’ is featured on some styles of the boot, while they come in a host of colours, including a limited edition white and sky blue in a nod to his nation.

In August, adidas launched the Nemeziz Messi 19 Copa boots, inspired by the man himself and Rosario, the place of his birth, featuring graphics of Messi and his iconic number 10 shirt in the style of graffiti art.