Cricket
Features
A closer look at the Australian coaching influx across the UK
John Davidson
14:45, 04 Sep 2019

Australian coaches are probably more in vogue now than ever before in English sport.

As England and Australia do battle in the fourth Test of the Ashes, with the series tied at 1-1, it is worth a closer look at the Antipodean coaching influx across the UK.

Australia, led by Justin Langer, will take on England, coached by New South Welshman Trevor Baylis, at Old Trafford. The former Sri Lanka coach has been in charge of England since 2015. In that period Bayliss has coached England to an Ashes win in 2015, and series wins over Pakistan and South Africa.

In 2016, the 56-year-old led England to the T20 World Cup final, a 3-0 series win over Sri Lanka, as well as draws with Pakistan and Bangladesh, but was unable to mastermind a win over India on the sub-continent. However, Bayliss’ greatest success with England came this year when England won its first-ever ODI World Cup.

The Goulburn coach will finish his spell as England boss after this current Ashes series but it has been one hell of a ride. While Bayliss has been able to turn England’s fortunes around in cricket, compatriot Eddie Jones has done the same in rugby union. The 2015 World Cup on home soil was a disaster for the hosts, who didn’t make it out of the group stage, and Stuart Lancaster was axed.

In came the confident and often-spikey Eddie Jones. The ex-Wallabies and Brumbies coach made an immediate impact as England won the 2016 Six Nations and famously whitewashed Australia - in Australia - 3-0. 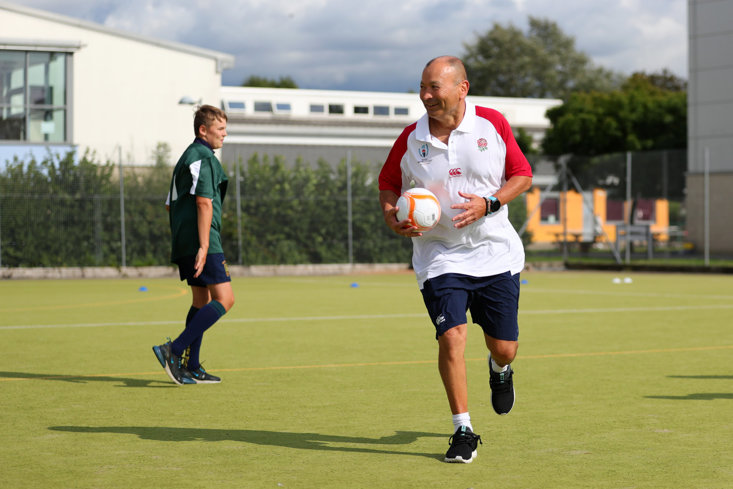 In 2017 England went on win the Six Nations again and notch victories over Argentina, Australia and Samoa, and the Sydneysider was named World Rugby Coach of the Year.

The past 18 months have been leaner periods for England under Jones, but the national side is building for the 2019 World Cup in Japan. During the colourful tenure of the 59-year-old England has been remodelled, new players have been blooded and he has achieved an impressive win rate of 77%.

Jones has also brought in several assistant coaches from his homeland to help with the team. Glen Ella, Jason Ryles and Scott Wisemantel have all had spells with the national set-up. The Red Rose now heads to the World Cup as one of the favourites for the William Webb Ellis Trophy.

Like Bayliss and Jones, Aussie Wayne Bennett has managed to improve England’s national rugby league time since his appointment. Bennett replaced Steve McNamara in 2016 and a year later pushed England into the 2017 World Cup final, ending a 22-year absence from the decider. 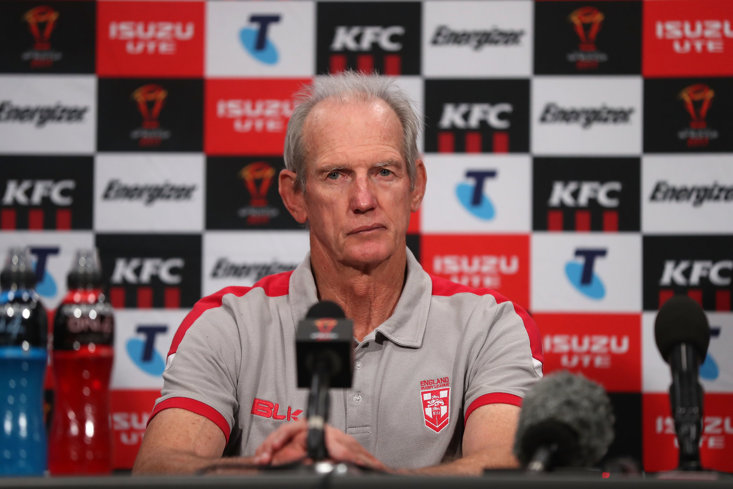 Wayne Bennett is the most successful coach in NRL history

Bennett, the most successful coach in NRL history, is seen by many as the ‘Alex Ferguson of rugby league. The media-shy Queenslander coached England to a 3-1 record over New Zealand last year. In October he will take charge of the Great Britain and Ireland Lions as they tour the southern hemisphere for the first time since 2006. The 69-year-old will be also calling the shots as England makes its maiden appearance at the inaugural Nines World Cup in Sydney.

Bayliss, Jones and Bennett have all made their mark in their roles with England’s national teams. But it is not just on the national level in the UK that Australians have been scooping up coaching roles. Many clubs around the country are turning to Aussies to call the shots on the sidelines.

In Super League five of the 12 teams have Australian coaches. League Leader’s Shield winners St Helens have Justin Holbrook in charge and his close friend Steve Price is the number one at Challenge Cup holders Warrington Wolves. Adrian Lam is the head coach at second-placed Wigan Warriors and targeting a return to Old Trafford. Aussie Ryan Carr has also impressed at Championship side Featherstone Rovers.

In Premiership Rugby, London Irish has Queensland Les Kiss in charge. Kiss coached Irish to promotion at the end of last season, and this year will come against Leicester Tigers, who have fellow Aussie Phil Blake as an assistant.

In county cricket former Test fast bowler Jason Gillespie has the reins at Sussex, after achieving great success at Yorkshire, and Stuart Law is the coach of Middlesex. Tasmanian Michael Di Venuto has been with Surrey since 2016 and in that time has transformed the team leading to the championship title in 2018.