Sarah Outen has pretty much conquered the planet, en route becoming a superlative-defying superstar of the sea. For Sarah is responsible for groundbreaking adventures which have seen her name written in the history books, taking on planet Earth’s three great oceans, the Indian, the Atlantic, and the Pacific. In the past decade, the Briton has become a paragon of triumph over adversity, throwing herself into the elements to see if she would emerge from the other side.

On many occasions, she almost didn’t.

In 2009, aged just 24, she travelled for four months at sea, aiming to traverse 3500 miles from Fremantle in Western Australia to Mauritius across the Indian Ocean. Being manoeuvred off course by the elements for 40 arduous days meant her final accomplishment was well over 4100 miles.

Her recorded footage, as well as Sarah’s explanation of the continuing motivation of the memory of her late father, showed just a glimpse of the strength needed to combat the monotony as much as the malice of the elements.

“The Indian Ocean row was probably the most impactful journey of them all,” Sarah tells The Sportsman, “I also rowed that ocean in memory of my Dad who had died three years before, so it represented a huge milestone of survival and traversing grief, as much as it did the adventure.

“There's a very basic need to keep going because there's no other way out unless in case of extreme emergency, so for me it's all about sustainability. Breaking the ocean and even the days into smaller chunks and even moments if things are hard.

“I listened to music when I had enough battery power, sang songs and recited poems, called home and opened cards and letters from home, too. I marked milestones with treats - often food, like a tin of peaches for my birthday on the Indian Ocean. It's the small things. I would also name ‘good things about today’ and call out loud things I was glad for. Sometimes it was wildlife or a washing day, others it might just be a simple ‘Thank goodness today is over.’

“It is both beautiful and gruelling being alone for that period of time in that stressful, dynamic environment.” 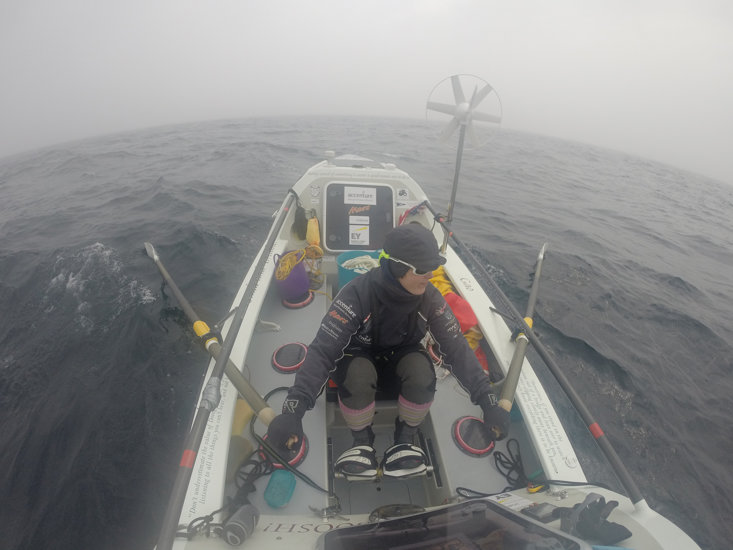 But overcome that environment she did, becoming the youngest person - and the first woman - to attempt the crossing single-handedly. Growing up in Oakham, UK, Sarah was a keen sportswoman, with her passion for rowing ignited at university. Her father’s sad passing helped push the budding adventurer to cross the ocean blue. Beginning on April Fools’ Day 2009, she rowed by day. She rowed by night too. A 70.56 million km² wonder of the planet laid in front of this mere mortal armed with only a tiny boat, arms of steel and the mentality of an Olympic athlete. Dogged determination drove her, but there was the constant reminder that she was ultimately at the mercy of the elements.

Her boat, Serendipity, was just under six metres in length, possessing a small storage space and a cabin at either end, and a sundeck upon which she would row, day after day. Take a moment to imagine. A vessel smaller than a gondola, in which to attempt to conquer a fifth of the Earth’s ocean surface. The miniscule cabin - in which she would have to shelter for up to 40 hours at a time to escape a storm - was decorated with handwritten well-wishes and messages of support, the only reminder of sanity and stability in an unconcerned maelstrom.

“The bed was about shoulder width and my legs would hang over the end of the bed,” Sarah describes. “I had a harness for strapping myself down during storms on the Pacific and the Atlantic. However, I hadn't managed to get it done in time for the Indian so hurt my head in a capsize when I was thrown through 360 degrees.

“The cabin feels cosy on a wet wild day for the first few hours. And then it becomes stuffy, sweaty, damp and airless. I experienced just about every condition at sea - from flat calm to 15m high waves and utter chaos.” 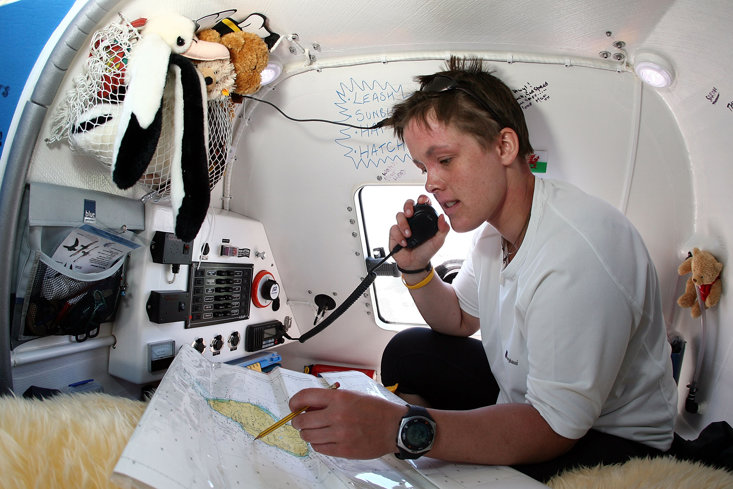 With the finish line in mind on Day 124, 75 miles from land, Sarah experienced her biggest test, being thrown onto razor-sharp coral reef.

“I managed to hold on just as the first wave hit and it just threw me, like I was a cork,” she adds. “Upside-down, being surfed along, the boat eventually came back around and I got back in and then held on just as the next wave hit. And the same thing happened again.

“I was being dragged under the water thinking ‘This isn’t supposed to happen!’ I had come all that way and was just about to cop it.

“This trip had given me so many moments that became ‘the most scary moment of my life’, yet that final sequence topped them all. That went straight into number one. I’m still a bit surprised to this day how I made it out the other side.”

Perhaps more detrimental to her future, the bug had bitten. Upon returning to terra firma, the next world-beating plan was in the pipeline, one that would lead her to form her London2London: Via the World adventure. This expedition would see Sarah attempt to loop the northern hemisphere using a rowing boat, bike and kayak, journeying some 25,000 miles for over four and a half years. 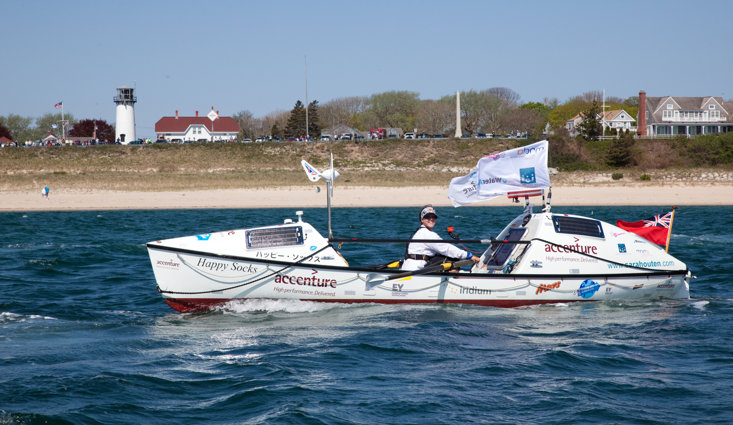 She cycled from the UK to China, paddled to Japan, rowed solo for much of the stretch between Japan and Canada, kayaked from Alaska to Massachusetts and rowed for over four months between Cape Cod and the UK. In September 2013, after 150 days and 3,750 miles at sea, Outen became the first woman to row solo from Japan to Alaska as well as the first woman to complete a mid-Pacific row from West to East, with a film, ‘Home’, later released about her awe-inspiring expedition.

The adventures have had lasting effects on Sarah, but where the pneumonia, sore muscles, and calluses have now long gone, the overwhelming sense of triumph and accomplishment few will ever feel remains.

“The dynamism is one of the things I love about the ocean, though I have had my scariest days ever at sea and would hope not to go through anything as scary again, at least not alone.”

And that is why Sarah is looking towards adventures of a different kind nowadays. “I am training as a psychotherapist and want to work outdoors with people - there is such healing and holding in nature.

“I would love to make another long, slow journey one day but with my wife Lucy and our future hypothetical children.”