When arguing over a pint about who the greatest fighter was to ever hail from the rain-soaked shores of Britain, we’ll no doubt recount the achievements of Messrs Hatton, Calzaghe and Lewis from the last 20 years. Or maybe we’ll even cast our minds further back to pugilists like Lloyd Honeyghan and Herol Graham. Or even further still to names like Henry Cooper and then to Bob Fitzsimmons....

One name that’s unlikely to be mentioned however, is a Jewish lightweight from London’s East End, often forgotten by the annals of boxing history: A man who sailed to America in the 30s, fought in Harlem, made his first million by the age of twenty and retired to become a stuntman.

Born Judah Bergman, the son of Russian-Jewish immigrants, the tale of Jack ‘Kid’ Berg, or ‘The Whitechapel Whirlwind’ as he’d later be known, began in the English capital in 1909 and although the Victorian era had ended nearly a decade earlier, Berg’s early years could have easily been conceived from the brain of Charles Dickens.

Like many immigrants at the time escaping persecution, Berg and his family lived in extreme poverty, sharing two bedrooms between Berg, his four siblings and two parents with no hot water, bathroom and little, if any, formal education between them. 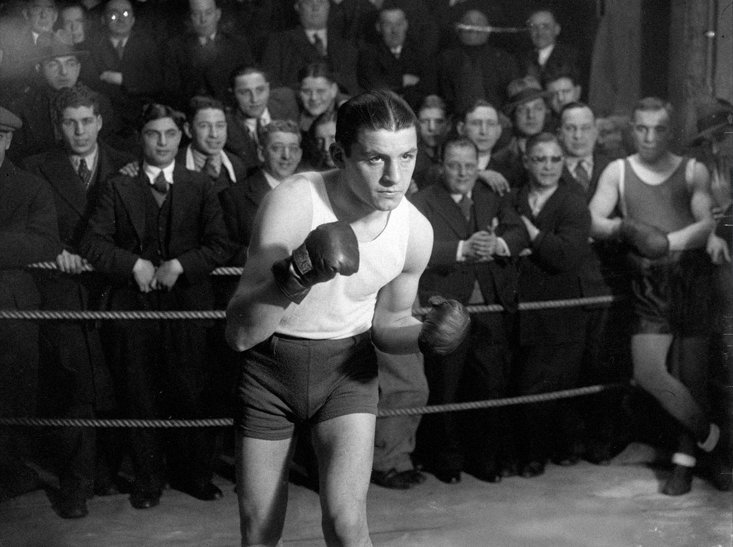 Jack 'kid' berg at the Stepney Social Club in 1930

To make ends meet, Berg, a cherubic Oliver Twist-esque tearaway would pick up a pretty penny by pickpocketing and, in a stroke of entrepreneurial genius, by using lines of string at head level which would remove the hats of unsuspecting passers-by. Berg would then return the misplaced hats to their, now thankful and generous owners, who’d proceed to tip the young “Samaritan”.

A fighter’s mentality is often forged in the fires of their own childhood and at the age of just 14, Berg took his first tentative steps into the world of prizefighting with his professional debut and, despite having the stature of Tiny Tim, strung a number of wins against much bigger foes, eventually catching the attention of Victor Berliner, owner of East London’s biggest boxing arena, Premierland.

In 1930, at the famous Polo Grounds in Harlem, New York, Berg was able to set himself up for life at the age of just 20, in arguably his greatest career performance which landed him $66,000 - almost a million dollars today. 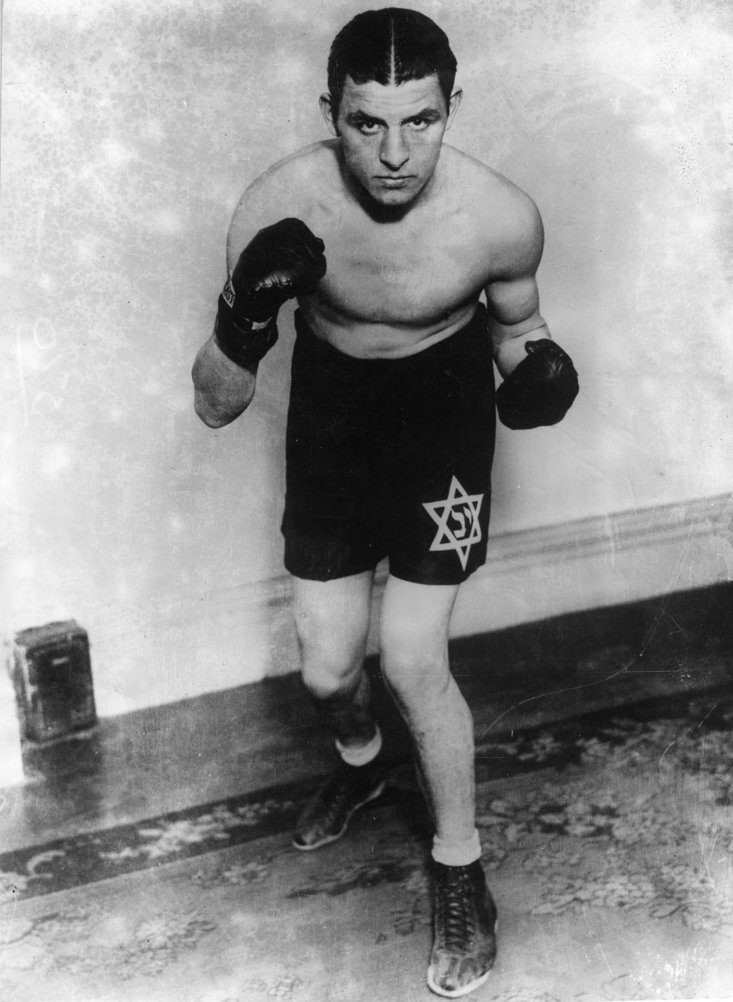 Though "non-religous" himself, Berg always fought with a star of david on his trunks - a nod to his Jewish heritage

His opponent, the crafty Cuban ‘Kid Chocolate’, is regarded as one of boxing’s greatest ever stars, and was a major influence behind its greatest ever disciple, Sugar Ray Robinson - a lofty testament to how great Berg’s win was that day.

Later that same year, Berg fought America’s ‘Fighting Newsboy’ Mushy Callahan for the light-welterweight world title in London, duly beating his transatlantic opponent by way of knockout. Sadly for Berg, the National Boxing Association had stripped Callahan of his title before the fight and Britain simply didn’t recognise the division, leaving only the New York State Commission to recognise him as champion.

The next year saw Berg finally swap rainy London for a shot at glory in America that saw him hook-up with another member of boxing royalty, the legendary trainer Ray Arcel, who oversaw the careers of no less than 20 world champions between the 1920s and 1980s, from ‘The Ghetto Wizard’ Benny Leonard to ‘Manos de Piedra’ himself, Roberto Duran.

Berg’s trip across the pond and subsequent tutelage under Arcel would pay dividends with ‘The Whitechapel Whirlwind’ winning 64 of his 76 fights over there. Fighting as a lightweight, Berg eventually lost his title to another all-time great in Tony Canzoneri, one member of an exclusive boxing club to have won titles in three or more divisions. 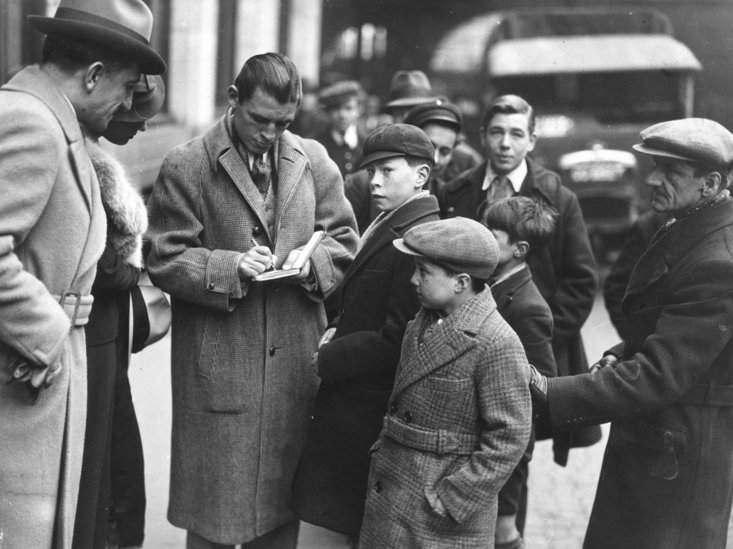 Following this defeat, Berg continued to box but with mixed results, eventually claiming the British lightweight title in 1934 by besting another Jewish boxer in Harry Mizler. After three consecutive defeats, Berg hung his gloves briefly in 1936 before returning, as so many ex champions do, in 1937 where he campaigned at middleweight before retiring for good in 1945.

Outside of the ring, Berg was larger than life. A friend of notorious East End gangsters like Jack Comer, Berg’s exploits in the ring even influenced two promising twin amateurs who’d one day rise through London’s criminal underworld themselves; Ronnie and Reggie Kray.

Berg didn’t have many weaknesses to exploit inside the squared circle but outside of it he certainly had one; women. The champion boxer is even said to have had an affair with America’s sweetheart, actress Mae West - from hustling on the streets of London to courting one of the most famous leading ladies to adorn the silver screen, the boy had done good.

After his retirement from the ring he worked as a stuntman, joined the RAF and also started his own restaurant before he passed away at the age of 81 on April 22, 1991, living to be Britain’s oldest boxing champion.

Berg was a trailblazer, pioneer and maverick of the British boxing scene we still see now. Whether he’s the greatest Briton to step into the ring can be argued until the cows come home but it’s of the utmost importance to remember the heroes that shaped the things we love today and Jack 'Kid' Berg was definitely that.