Tyson Fury has found solace in working out, discovering it is the thing that not only keeps him in shape but, more importantly, keeps his mind healthy. Having lost 10 stone by using an intense keto diet plan and gone from obese alcholic to heavyweight champion of the world, if anyone knows a thing or two about getting and staying in shape, it is Tyson.

Although he may not boast the rippling muscles of some of his opponents, he can move and stay sharp for 12 rounds no problem, so here are some of his secrets behind that incredible physique.

Tyson and his wife Paris motivated the entire nation during the first lockdown of 2020 as every morning on Instagram they would produce a live fitness workout for you to copy at home. Doing short bursts of almost every exercise you can think of, including ab reps, press-ups and star jumps, the champion and his wife made us sweat. In fact, on one particular day, the pair did 700 sit-ups apiece!

Eventually, after 11 weeks of daily routines and with the country out of lockdown, the daily videos came to an end but Tyson still works out at home and loves doing exercises with his kids. In these times, especially when gyms are closed, it is important to make the best of what we have at home. The lineal champion certainly did that. 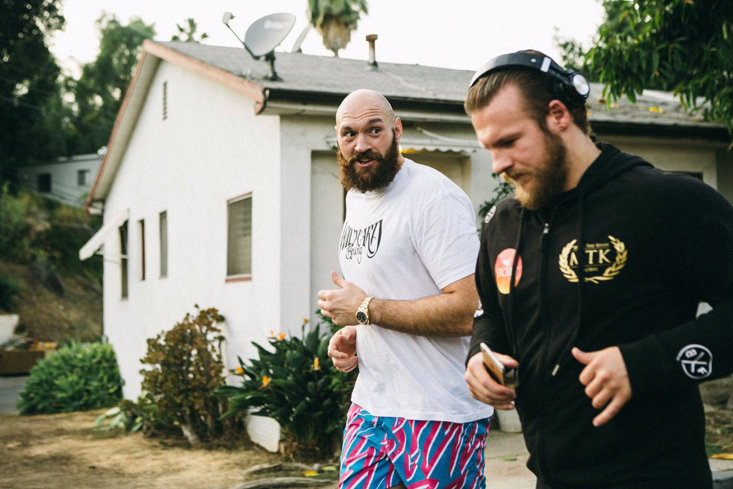 Running has always been a vitally important part of Fury’s training routine. The only difference now is that he stays fit all year round, not just when he is preparing for a fight. Every weekday morning he sets out on a run, and although the distances vary depending on how he is feeling, he always gets up and gets out and about. He even inspired his 4m fans on Instagram this year to do the same thing: "Get up, get your running gear on and get on the road. You'll feel much better. Just do a little bit."

Given he began his long fitness road to recovery with a jog along the beach, there is a nice symmetry to it as he shows that even at the top of his game he is still running daily. Last year, when the Wilmslow Half Marathon was cancelled due to the pandemic, he instead did an online half marathon. Running is his bread and butter!

Six days a week in the gym 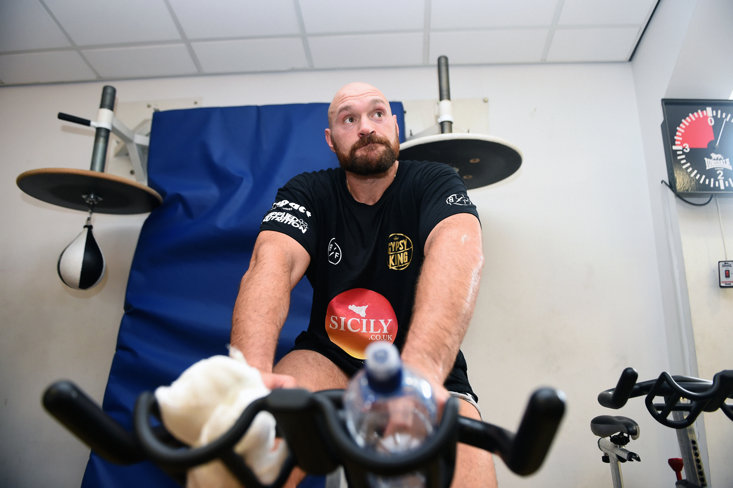 Tyson spends almost every day in the gym, working on his technique, power and speed while also keeping his mind healthy. On Sundays however, he is forced to rest and take the day off to let his muscles recover, but this day unfortunately affects the Gypsy King mentally. Speaking back in February 2020 he said, “Every Sunday, I’m absolutely suicidal. Every single Sunday. Whether I’m in camp or I’m at home. It’s like the world’s ended and I don’t want to live any more."

He elaborated, “Because I have a day off on a Sunday, and there’s no work on a Sunday, it’s just very difficult for me. I’m a workaholic, I like to keep busy every day. I love my training and I love the regimen of being in the gym, and when I’m not in it I feel down. But when Monday morning comes I feel fantastic again.” 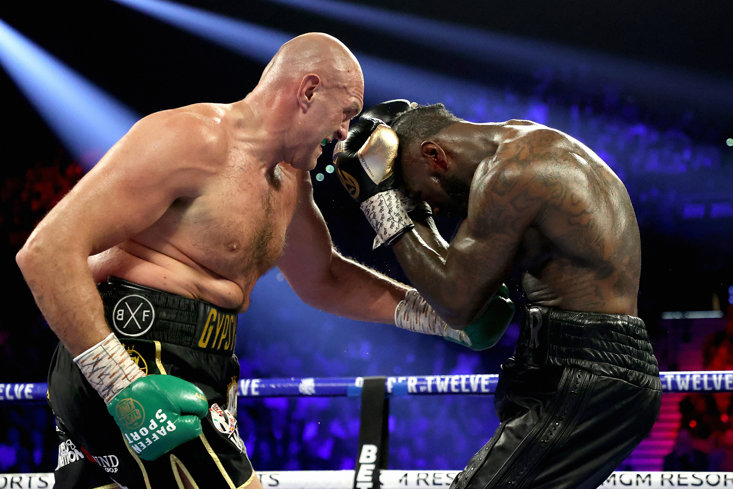 When you spend most of your time in the gym burning fuel, any heavyweight needs to be taking a lot of calories on board. No longer needing to rapidly shed weight, Fury is eating five or six times a day to stay in peak shape.

In preparation for his second fight with Deontay Wilder the big man was eating two lunches, including skewered chicken with tzatziki and salmon cakes, as well as two dinners including red meat curry, quinoa and spinach. He washes that all down with eight litres of water a day. You have got to keep the fuel tank topped up and this seems like the perfect way to go about things.