Us Sports
Features
The Chicago Bulls star was notorious for his off-court activities
Jack Porter
14:00, 15 Jan 2021

They called him The Worm. It may now be over two decades since he last played at the highest level in the NBA but, for many, Dennis Rodman remains the paragon of the selfless power forward, perhaps the best on-ball defender that basketball has ever seen. He was also one of the most visible, interesting, athletes of the late eighties and nineties, a tortured soul who tortured the opposition in the paint, all limbs and persistence.

Purportedly the oldest of a total of 47 children, the Chicago Bulls legend worked hard for his glory, but his temperament could often overshadow his talent. On 15 January 1997, he kicked cameraman Eugene Amos in the groin during a game against the Minnesota Timberwolves. The force was so hard, Amos lost consciousness and had to be carried out on a stretcher before being treated at a local hospital. For that, the NBA fined Rodman $25,000 and suspended him for 11 games without pay. Additionally, he agreed to pay Amos $200,000.

But this was far from the only controversy that Rodman got embroiled in, and here are five of the most contentious moments from The Worm’s brilliant basketball career.

Rodman and The Referee 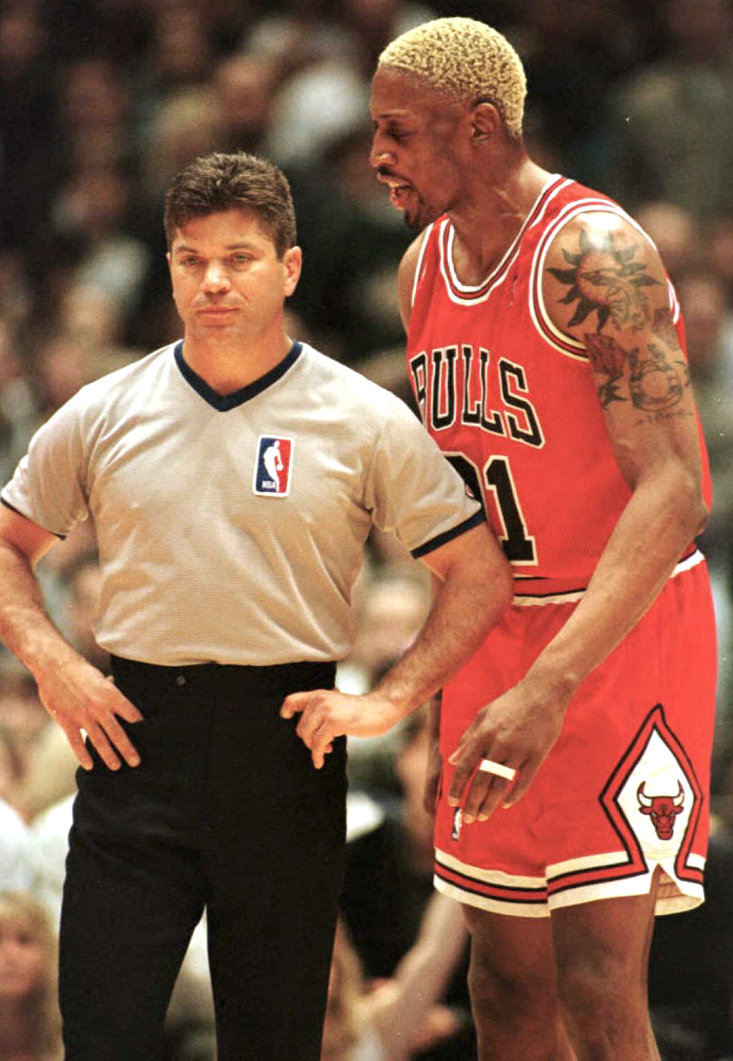 An incident that his coach Phil Jackson could only laugh at, Rodman decided that if you’re going to go out, you should go out with a bang. Back in March 1996 whilst playing against the New Jersey Nets in East Rutherford, Rodman was ejected from the game. Not taking the penalisation lying down, he headbutted referee Ted Bernhardt.

Realising he should go hard before going home, he stripped off his jersey, launched into a further furious tirade and pushed over some Gatorade bins before escaping down the tunnel. He was fined more than $200,000.

The NBA Finals is the desired destiny of any basketball player. Rodman should know, he reached six of them (and lost only once). On the verge of completing a three-peat with the Bulls in 1998 against the Utah Jazz, Rodman was distracted. You see, he had also got himself involved in wrestling.

His first appearance had come on 10 March 1997, when he aligned himself with Hollywood Hulk Hogan, although he tended to keep his activities in the squared circle to the off-season. But when the build-up to the July 1998 Bash at the Beach pay-per-view overlapped with the Bulls’ trip to the NBA Finals, Rodman missed a Bulls practice to appear for WCW. He flew from Chicago to Detroit to appear live on Nitro at the Palace of Auburn Hills, where he and Hogan attacked Diamond Dallas Page. That’s got to be worth skipping work for, right? 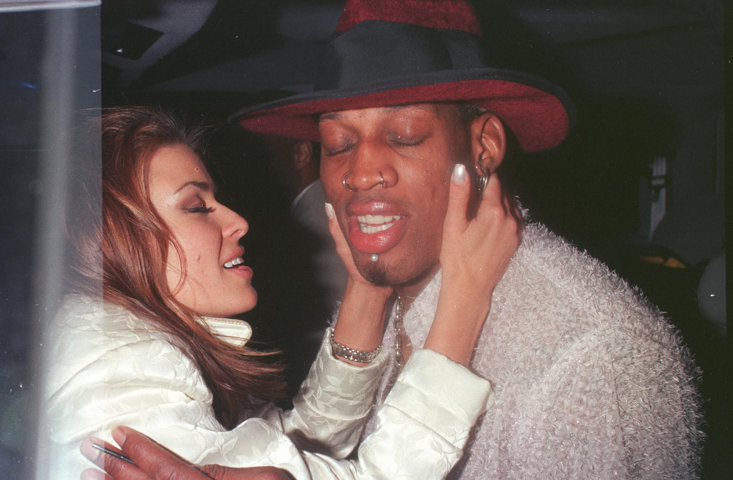 With All-Star forward Scottie Pippen missing the opening few months of the 1997-98 season, Rodman stepped up and became the player the Bulls needed to propel them through the campaign. But he became edgy as soon as Pippen returned from his injury and Jackson agreed to give Rodman 48 hours off. Michael Jordan told the coach he feared the consequences.

Rodman was AWOL for over four days, partying with his then-girlfriend, Baywatch actress Carmen Electra, in a Last Days of Rome sex-and-spirits session of hedonism in Las Vegas. Jordan finally took matters into his own hands, arrived at Rodman’s hotel, and dragged him out of bed while a naked Electra hid. Rodman and Electra later married, and had sex in the Bulls’ training facility. Their holy matrimony lasted less than a year.

After a very, very brief spell on the West Coast with the Los Angeles Lakers, Rodman’s final run in the NBA was a month-long stint with the Dallas Mavericks in 2000. New Mavericks owner Mark Cuban was so enthusiastic about being the late bird catching the worm, he let the then 38-year-old stay in his guest house. However, he drew the line at Rodman’s shirt request: the number ‘69’.

The beautiful friendship hit a stumbling block, Rodman was released after 12 games and departed by throwing a few insults in Cuban’s direction, disparaging his hospitality while he was at it. “He doesn’t need to be hanging around the players like he’s a coach or something,” fired Rodman. In a nice twist, however, the two later kissed and made up.

Rodman and The Coyote 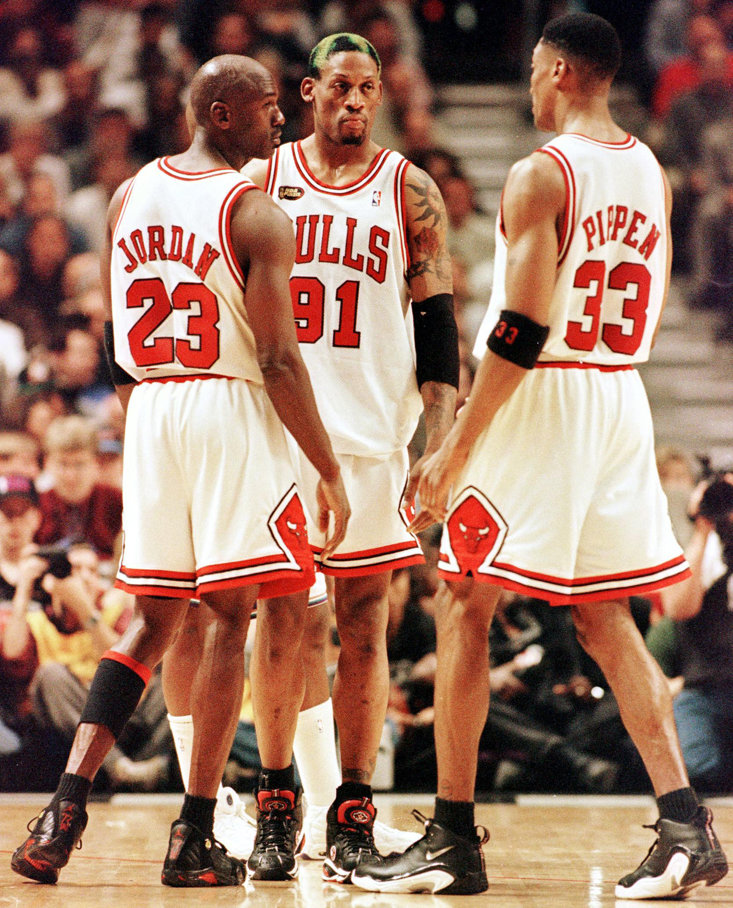 We are well aware that sports mascots can be extremely annoying. We do, however, draw the line at violence to express your disapproval of the dancing, prancing show ponies. Rodman did not. A favoured move of Rodman (see v Referee above), he once headbutted the San Antonio Spurs’ mascot, the Coyote, during a preseason game.

“I bring excitement to the game,” he said in the aftermath, “Sometimes I get bored with basketball, like I know some fans do. And so I do things to make it more interesting for me, and for them.”