Tennis
Features
The Iranian continues to delight crowds at the age of 64
Elliott Bretland
16:00, 17 Jan 2021

“We are here to entertain,” insists tennis icon Mansour Bahrami. “If you want to be a great champion you have to focus. You can either clown around or win – it’s one or the other.”

Having only gone as far as the second round in his singles career at Grand Slams, it’s fair to say the Iranian chose to go for the clowning around option. And that’s no disrespect to Bahrami, for he has brought plenty of joy to the faces of fans the world over during a career which has spanned more than 40 years.

With his large grey moustache, open collar shirt and madcap humour, Bahrami is instantly recognisable. Whether it’s pretending to eat a tennis ball, a mad trick-shot or acting like a bemused onlooker admiring his own ace serve, he is great value. He is the Jim Carrey, Robin Williams, Laurel or Hardy of the courts.

If you’re waiting patiently for the Australian Open to start, it’s worth digging out some of the endless Mansour Bahrami footage on YouTube. Rod Laver, the former long-time world number one, called him the most naturally gifted tennis player ever. It’s some claim, but when you see some of the impossible shots he pulls off, all the while catching returns in his pocket, you start to believe it. 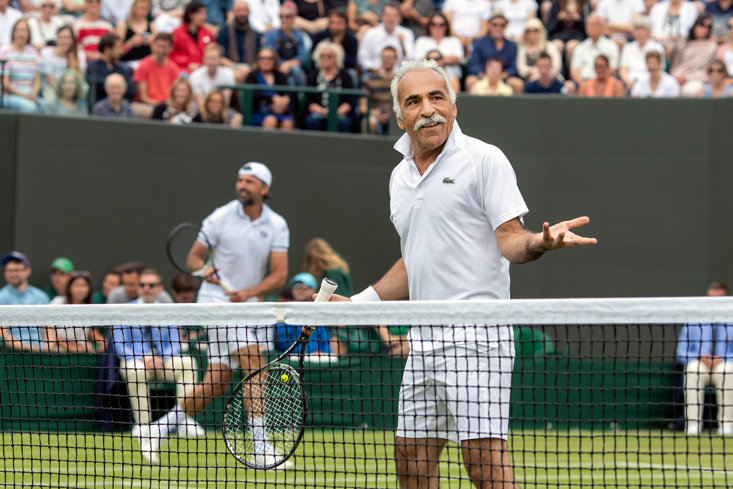 But if he was so good, why did he not get further than qualifying at Wimbledon? Well, that’s because the rulers in his home nation blocked his path to success.

“My father was a gardener in the biggest sports complex in Iran,” he told AlJazeera.com of his younger days. “When I started walking around, when I was two or three, I saw all the sports grounds. I could play anything except tennis because tennis was reserved for the elite and rich.”

That didn’t deter him however. He would use metal frying pans, pieces of wood and even just use his hands to replicate the real thing. “When I was 13 the federation needed new players so they gave me two rackets and allowed me to play,” he recalled. “Three years later I was on the national team and playing in the Davis Cup.”

Playing in one of the most famous tournaments on the circuit at the age of 16, Bahrami looked to be on the path to sporting greatness. That was until the Ayatollah took power of Iran in 1980. Suspicious of the Western game, courts were closed and the sport was banned. Mansour could have left his life and family behind and surrendered his Iranian identity, but he refused. “I existed by playing backgammon all day,” he explained. 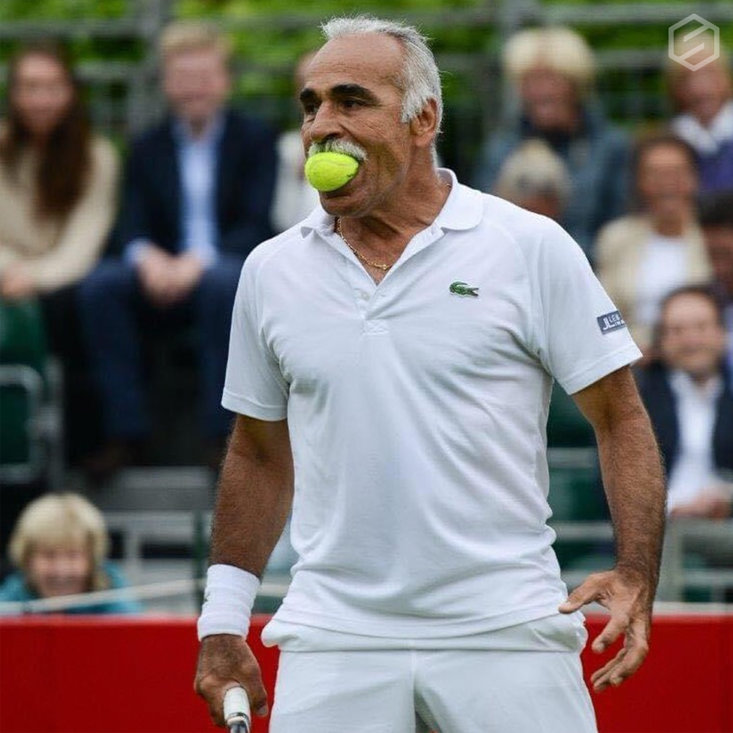 When rules were relaxed three years later, Bahrami was back on court, and after winning a tournament in Tehran it was the quick thinking of his girlfriend which helped to open the door to a professional tennis career.

“I won the tournament and the prize was a ticket to Athens, which I gave to my girlfriend at the time,”  Bahrami says on his own website. “The next day she came back to me and said that I should take it and pay an extra $200 to change the ticket to get to Nice, so I would have a chance to play tennis. It was very selfless of her to send me away and it changed my life forever.”

That it did, but things got worse before they got better. Realising the cost of living in France he set about earning more money, fast. However, he gambled away his money in a casino on his first night!

“I chose France because there are hundreds of small tournaments with prize money. But you have to win to collect the money,” he said. “For weeks at a time I had nowhere to sleep, so I would walk the streets of Paris. Often, I would make one baguette last three or four days.

“When my French visa eventually ran out, I became an illegal immigrant. Every time I saw a policeman coming, I changed direction. If they had asked me for my papers or ID they would have put me on the first plane back to Iran. A political refugee is someone who risks being killed if they go home – I was only a tennis player, but I did not dare leave France in case they did not let me back in.” 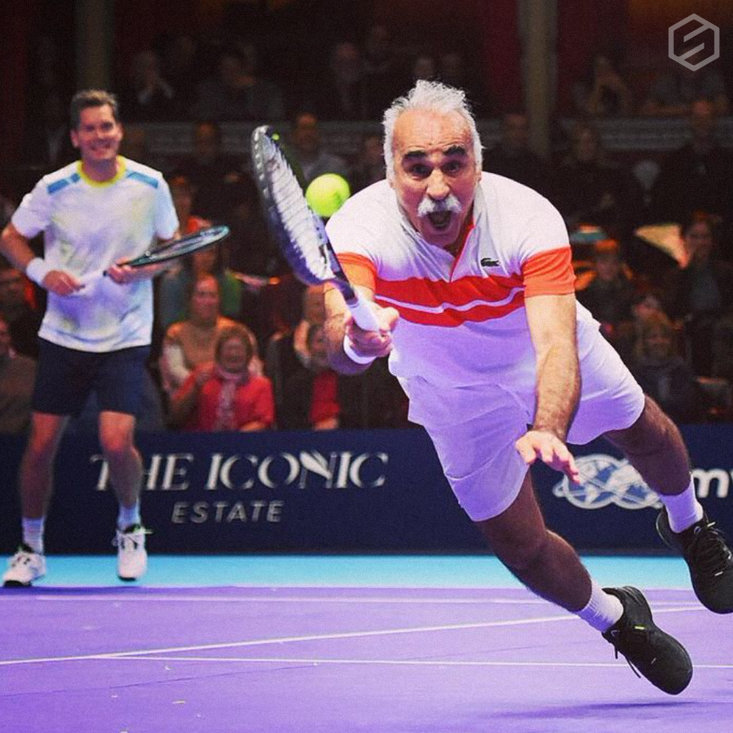 Luckily his skill and poise with a racket started to pay off. Bahrami was allowed to join the ATP as a professional at the age of 30 and became a dual French national in 1989. Now, he lives in Paris.

“I lost nine years of my life. All my best results came after the age of thirty. I was thirty-three when I reached the French Open doubles final. Am I angry? No, I’m not angry, I feel I am a very lucky man.

Turning 65 in April, he is still playing tennis and enjoys being chief entertainer at invitationals. After decades spent on the senior doubles circuit, partnering the likes of Henri Leconte and Yannick Noah, exhibiting faked backhand serves and throwing a second or even third ball into play whenever he feels like it, Bahrami remains one of the tennis world’s star attractions.

“Since I was 15 the first thing on my mind was the crowd, to please the crowd,” he told Al Jazeera. “I wanted people to have a good time. There were hundreds of matches I could have won 6-2, 6-3 – but I made them last long and won 7-5 in the third, many I lost.”

His chance of glory may have been taken from him but he is still one of the most popular tennis players of the last 50 years. “When the audience laughs, I am the happiest man in the whole world,” he says.

If you turn on the television and Mansour Bahrami is at the net, you’ll still be watching hours later, in fits of laughter. That’s the power of the player and the man.