On the face of it, 1950s football was dominated by Real Madrid. Los Blancos recorded five straight European Cup triumphs in the first five years of the trophy’s existence, with the likes of Alfredo di Stefano, Ferenc Puskas and Raymond Kopa leaving legacies which are still recognised to this day.

But their monopoly in Europe was not always mirrored in Spain, with Barcelona temporarily breaking Madrid’s stranglehold in the late 50s thanks in part to the signing of Luis Suarez.

No, not that one.

Suarez joined the Catalans from Segunda Division side Espana Industrial in 1954 and after a season with their reserve side his performances were rewarded with a move into the Barcelona first team.

But it was not until the arrival of storied manager Helenio Herrera in 1958 that Barca saw the best of Suarez. 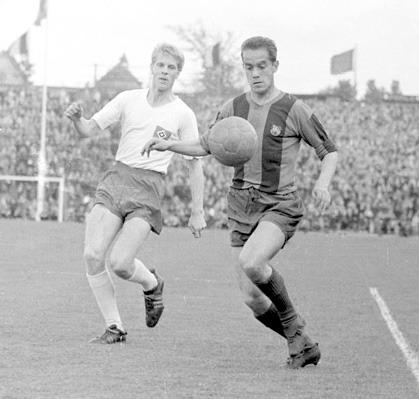 The Blaugrana had been determined not to fall behind Madrid and reacted to Puskas’ signing by bringing in his international teammates Sandor Kocsis and Zoltan Czibor to join Hungarian icon Laszlo Kubala at the club.

The addition of Suarez in the first XI gave them the X-factor though, with Herrera looking to harness the Spaniard’s cerebral qualities in midfield and build the team around him, rather than focus purely on the genius of Kubala.

This change of approach reaped rewards for the club with Suarez’s fan club, Los Suaristas, buying into the shared possession-based philosophy of Herrera and Suarez.

Whilst the modern-day Suarez is known for his ram-raiding power and goalscoring prowess, his namesake was full of guile and tenacity, reading the flow of games from midfield in Herrera’s quasi-Hungarian tactical system.

In Sid Lowe’s insightful book - Fear and Loathing in La Liga – a humble Suarez hailed the talismanic influence of Kubala.

He described himself as ‘the organiser' within Herrera’s team, acting as a conductor within the side which had Kubala as its star.

His humility endeared him to Barca fans, with even Los Kubalistas - Kubala’s own fan club - acknowledging his central role in bringing success to the club.

However, alongside the glory on the pitch, infighting and issues off it were eventually to lead to the departures of Herrera, Suarez and Kubala just months after winning their second title.

Herrera incurred the wrath of Los Kubalistas by dropping their idol for the 1960 European Cup semi-final defeat to Real Madrid – a result which cost the Argentine his job.

Kubala’s relationship with the club never recovered, despite reaching the final a year later, and he announced a temporary retirement from the game in 1961. 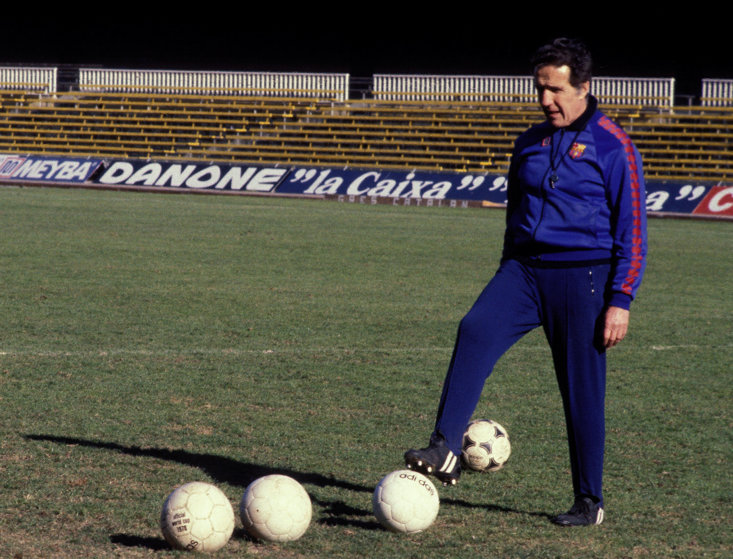 Suarez’s situation was even more tragic.

As Catalan journalist David Salinas puts it, he could have been the “idol and leader of the team in the 60s, after saving them from years in wilderness” with their success between 1958 and 1960.

But despite this, the club allowed him to slip away.

Constant managerial upheaval left him frustrated, and he followed Herrera to Inter Milan ahead of the 1961-62 season.

However he continued to be the scourge of Real Madrid, despite moving to Serie A.

After breaking Di Stefano and Kopa’s dominance of the Ballon d’Or in 1960 – still the only Spanish-born player to win it – he then played a key role in the Inter side that beat the Madrid giants in the 1964 European Cup final.

Suarez’s name can get lost in the noise in amongst such stellar company – including his namesake 60 years later – but his role in Barcelona 50s revival is never forgotten by fans of the Catalan club.