Perhaps the greatest definition of a rivalry is competition in which ultimately there is no clear winner.

Juan Manuel Márquez versus Manny Pacquiao may provide the repudiation of this theory.

For, after eight years across three weight divisions, four bouts and 42 rounds, a most riveting, ruthless quadrilogy that ripped through boxing’s soul, there was finally declared a winner. The Champion of the Decade. So had ended what would be declared the Fight of the Year, via Knockout of the Year.

It is Saturday 8 December 2012. On the canvas, in the centre of the MGM Grand, lies Manny Pacquiao. The Pac-Man prone. His unconsciousness means he has not yet realised that the WBO light-welterweight title is now out of his reach. His skull has just received whiplash, a stunning right hand crack to the mouth, from what his opponent would later refer to as the ‘perfect punch’. 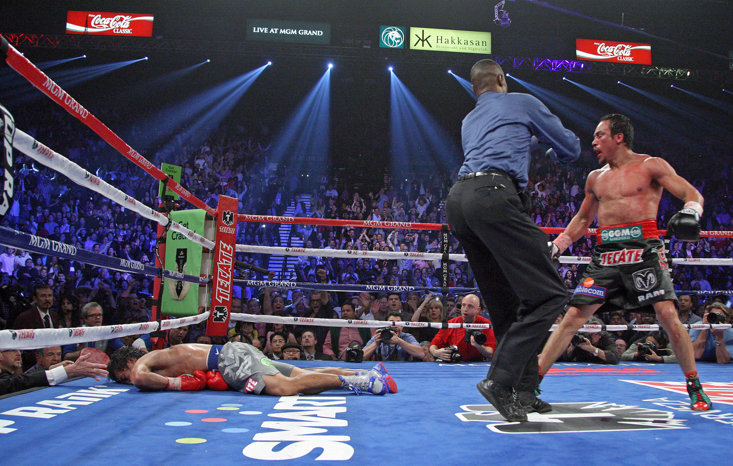 Márquez looks down at the Filipino, his hands on his hips, awaiting the decision of referee Kenny Bayless. Still Pacquiao does not move. In fact, he will not move for another two minutes. By this time, Márquez had run across the ring, stood tall on the corner, sheer ecstasy across his face.

Finally it had come to this, the curtain brought down on a classic series that stands alongside the greatest of all boxing competition. Finally, after four gruelling battles - including six rounds of the craziest intensity in this one - Márquez could taste triumph, and relish it. It had finally come to this. How did it get here?

Part I: 2004. Juan Manuel Márquez defends his WBA and IBF Featherweight titles against lineal Featherweight Champion Manny Pacquiao. It’s bloody, it’s brutal. It sets the tone for the next decade. Pacquiao floors Márquez three times in the opening round, but ‘Dinamita’ battles back to earn a highly-disputed draw on the scorecards, thanks in part to a scoring error on the part of judge Burt Clements. 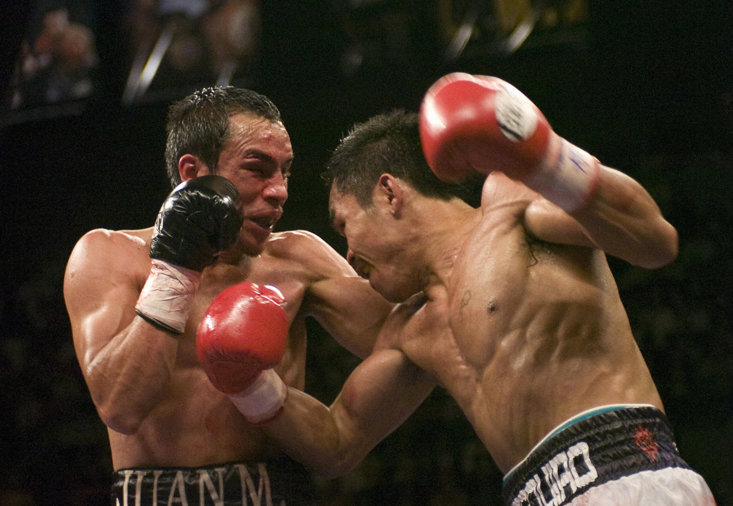 Part II: 2008. The Godfather Part II of boxing rematches. At the end of another brilliant 12 rounds, fans will be divided, though the recipe for entertainment has been written. The 12-round split decision goes to Pacquiao though the suggestion is that the Filipino’s status is now of influence. He is the new WBC super featherweight champion, becoming the first Asian boxer to win world titles in four different weight classes. “I was surviving through instinct,” he concedes of the difficulty in facing Márquez.

Part III: 2011. The ‘Robbery’. Márquez jumps up from lightweight to welterweight to face his old rival, putting on the pounds. Again it goes the whole 12 rounds. But the Mexican is controversially denied, again! HBO polls a group of boxing writers and experts after the fight: 46 per cent had seen Márquez winning, 42 per cent saw it a draw and 12 per cent saw Pacquiao winning. Some of the pro-Márquez crowd react by throwing food, ice and beer; a beer can even hits a ringside writer. Pacquiao's own post-fight interview is largely drowned out by the boos. 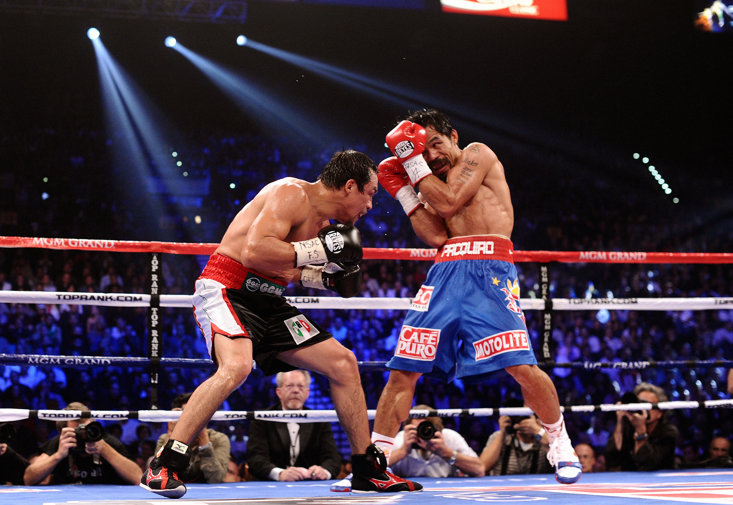 Through three fights, 36 rounds, Márquez had won 56 to Pacquiao’s 52.  He and his supporters sincerely believed he had won all three of his prior bouts against Pacquiao.

It was a familiar locale. Once again the world’s eyes were on Nevada. There had been no love lost even before the two had entered the MGM Grand Garden Arena, Paradise. Márquez the older man at 39, Pacquiao at 33 years old. In the shadow of the Stratosphere Tower, the fight would live up to the stratospheric expectations garnered from the previous trilogy.

The fourth battle was Helm’s Deep. It was all guns blazing from the off. Each pugilist suffered knockdowns that got the crowd gasping and cheering. Each had had moments of both slugging and stumbling across the ring. Márquez’s left eye swelled. His nose erupted after a solid Pacquiao connected. Pacquiao has dominated rounds four and five. Márquez is knocked down in the fifth. Another right hook. The Pac Man mercilessly looked for the killing stroke. But then, the moment in the closing seconds of Round Six that blasted the fight from infamy into immortality. The faceplant. Commentator Roy Jones Jr’s “He’s not getting up, Jim” on repeat. A million-dollar punch for a multi-million dollar series. 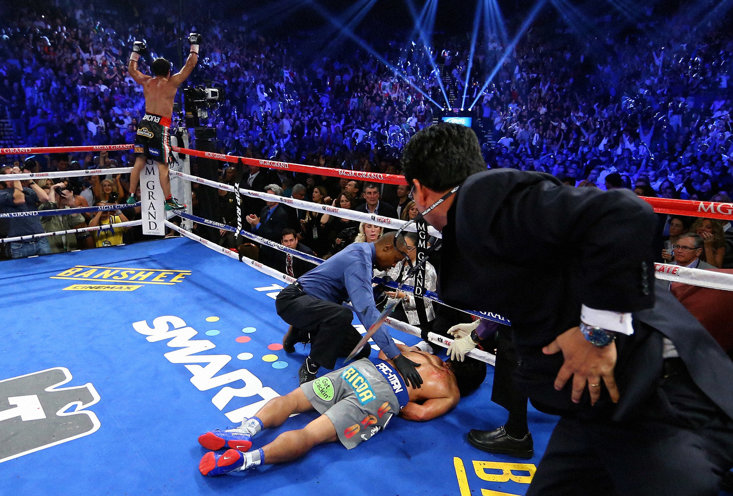 MARQUEZ CELEBRATES FINALLY GETTING THE BETTER OF A PRONE PACQUIAO

To revert back to the discussion of rivalry, the winner can be debated. Though Márquez struck the final blow, in the record book the series will always be ended 2-1-1, in Pacquiao’s favour.

"For what [reason would I fight him again]?”, Márquez said in 2016, “Right now we've won all four fights. The first was close, the second was close, I felt the third was wide [in my favour] and then we knocked him out.

“[If we'd fight again], we'd go in there like we did in the third fight, where we won wide, and they'd give him the decision. I don't want to make the mistake of wondering afterwards why I accepted that fight. This is not about money, it's a matter of honour and pride for my country.”

Fundamentally, why contest, when those who had the privilege to witness these two sublime sluggers battle for supremacy can already be content.