On 13 November 1999, as the drunken chants of 5,000 or so boozy Brits, who had made the pilgrimage to Sin City to watch their beloved Lennox Lewis, began to reverberate around the Thomas & Mack Center, intermittently drowning out announcer Jimmy Lennon Jr in the centre of the ring, few realised that they were about to witness a piece of history that would stand for more than two decades.

It was a curious time. The dying embers of the 20th century were beginning to turn to ash, the dawn of the new millennium was bringing both excitement and trepidation and, in boxing, the heavyweight division, for the time since Riddick Bowe in 1992 (exactly seven years to the day, in fact), was on the verge of crowning an undisputed world champion. Lewis’ opponent that night in Las Vegas was Evander Holyfield, a man who the West Ham-born British-Canadian really wanted to see the back of.

Just a few months earlier, in March, the two heavyweight legends squared off at Madison Square Garden in one of the most controversial boxing matches ever, with Holyfield, despite clearly being mauled by the man they called ‘The Lion’, given the benefit of a highly dubious draw. Boos rained down from the heavens and a rematch was swiftly announced.

Holyfield, albeit the best part of a decade earlier, had already held the lofty title of undisputed champion once in his career, securing the WBA, WBC and IBF straps from James ‘Buster’ Douglas in 1990, before relinquishing them against Bowe in ‘92. Lewis himself would have had an earlier shot at becoming undisputed had Bowe not beaten Holyfield, then refused to fight the Briton, subsequently becoming stripped of his WBC belt (which he decided to throw in the bin) and leaving the undisputed title in limbo for the best part of a decade.

The sequel between Lewis and Holyfield was a bona fide blockbuster. Ringside regular Jack Nicholson sat alongside a who’s who of Hollywood royalty surrounding the centre stage in their eye-wateringly expensive seats, as much a staple of these Vegas fight nights as the boxers themselves. The actual fight was a fascinating spectacle befitting of the stars it attracted and any belief that Lewis would emphatically rectify that draw, maintaining a run of having beaten every man he faced inside the squared circle, quickly dissipated. Holyfield, a grizzled veteran of the sport in his 14th season as a professional pugilist, had learned from his lucky escape in New York and was better prepared for his foe from across the pond this time around. 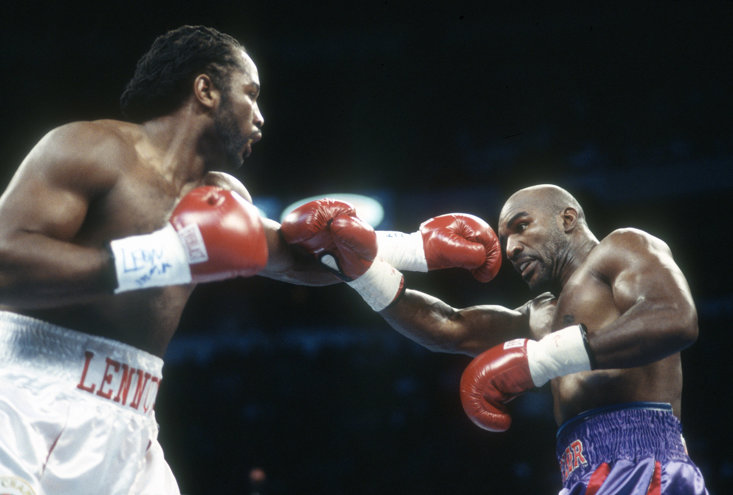 From the buzz of the opening bell, the 6ft 5in Lewis towered over the 6ft 2in Holyfield but the man from Alabama, the embodiment of fearlessness in the ring, would not be daunted by the bigger man and immediately went on the attack, putting more work inside in the opening stanza than he had in 12, eight months prior. Lewis was desperately unlucky not to have won the first meeting between the two men but in the opening rounds of the rematch he looked cumbersome, sluggish, and in danger of throwing it all away to a man who was certainly living up to his ‘Real Deal’ moniker this time around.

In the fifth, Lewis looked in danger of losing it completely when he was cut over his right eye, allegedly because of a Holyfield headbutt, and proceeded to channel his inner-Stone Cold Steve Austin by trying to throw his opponent over the ropes and out of the ring. Fortunately, Holyfield, holding onto Lewis’ neck for dear life, as if he were lost at sea and clinging onto a buoy for dear life, was spared the ignominy of spilling face first out of the ring and into the bank of press and photographers when the referee managed to split the two giants.

Lewis is arguably Great Britain’s most beloved heavyweight champion ever, and the seventh round showed why the people of the island are so enamoured with him, because, even when he took a beating, the warrior within would never let him give up. Holyfield rocked him hard with a big right, sapping the energy from within his opponent, but the Brit did not give in, instead choosing to exchange toe-to-toe with the American, orchestrated by an army of his opponent’s compatriots shouting “Holy! Holy! Holy!” which was swiftly followed in kind by a “There’s only one Lennox Lewis” chant from the British contingent in the rafters. 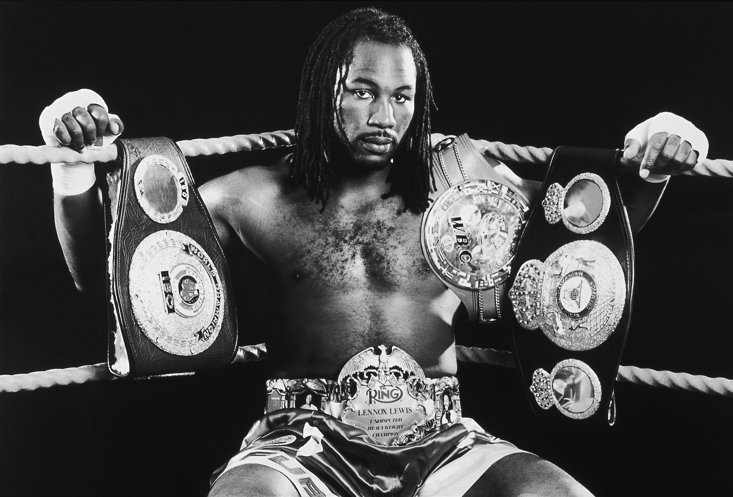 In the final round, Holyfield, sensing he needed the KO to win, went all guns blazing against Lewis and even staggered him with another big right, but the stubborn giant just wouldn’t go down. When the bell sounded to end the fight, Lewis raised his hands and Holyfield, knowing what was to come, did not. The scorecards read 115-113, 116-112 and 117-111, handing Lewis a unanimous decision win and the title of undisputed heavyweight champion.

It’s an achievement that has still to be repeated, but there are so many moving wheels and cogs in modern boxing, thanks to a proliferation of governing bodies and belts, we might never truthfully see an undisputed champion again. True, two Brits currently hold the lion’s share of the titles - Anthony Joshua with the IBF, WBO, IBO and WBA titles and Tyson Fury with the final piece of the puzzle, the WBC strap. These two should, fingers-crossed, feasibly be fighting each other early next year but, with mandatories abound, it seems unlikely that when these two meet, it will be with all the belts on the line.

We’ve had plenty of magical nights in the heavyweights since Lewis retired and thanks to Joshua, Fury and the next wave of British fighters in the division, such as Daniel Dubois, we will certainly have plenty more to come. Lewis’ win on that November night though, albeit fortuitous, represents not only an incredibly important milestone in British heavyweight boxing, but the division as a whole. It was the beginning of the end of an era that immortalised Lewis as our greatest ever heavyweight, and that’s unlikely to change anytime soon.