Ever wondered how a Porsche looks so damn good, every, single, time? How is it that the German car manufacturer never, ever, puts a foot wrong? Come with us and all (well, not quite all but quite a lot) will be revealed.

In an extraordinary step, Porsche have opened up a hitherto unknown, secret world, with the release of a new book, Porsche Unseen, which takes us deep inside their creative design studios in Weissach, the birthplace of all their beautiful models.

What follows is a fascinating journey into a parallel world full of cars and concepts you may never have expected from Porsche. The book opens our eyes to the inner workings of the legendary company’s creative heartbeat, we’re in Charlie And The Chocolate Factory territory here, folks.

These are the ideas and the designs for cars that never actually made it to the elite production line. There are 15 never-before-seen concept cars that didn’t make it beyond the creative stage, each one dripping with insight into the design process that makes Porsche so...Porsche.

Most of the cars you see are ‘hard models’. Although they look real at first glance, there’s nothing under the skin. All the style but none of the substance. Here’s a few to whet the appetite... 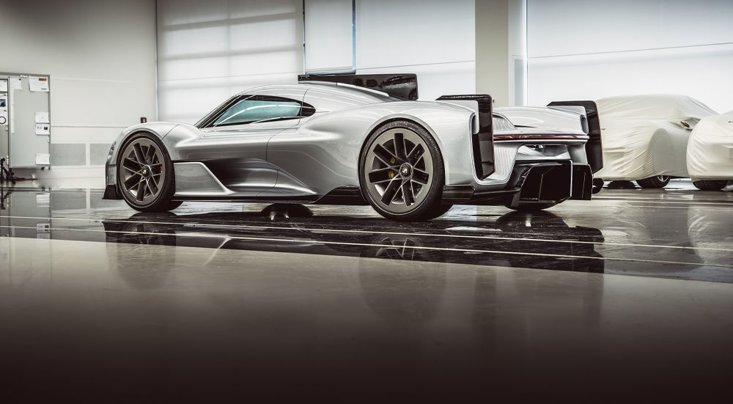 This was made into a clay model, before being consigned to history. The inspiration behind this baby was to build a wonderfully complicated toy for the track. Because in spite of its name, it was never going to be road legal. But it all just got too complicated and that was it’s undoing. And Porsche conceded that, “For the time being, the idea of a Le Mans winner for gentleman drivers therefore remains a beautiful dream.”

Of all 15 cars in the book, this is the only one that got to the stage where it could actually be driven. It paid tribute to the 911 Safari rally cars of yesteryear, with softened suspension, extended wheel arches and bodywork protection. Porsche ran the car on the gravel test track at Weissach, and chief designer Michael Mauer was a huge fan, saying, “I have rarely had so much fun before!”

This could still see the light of the production line in the future, so watch this space. 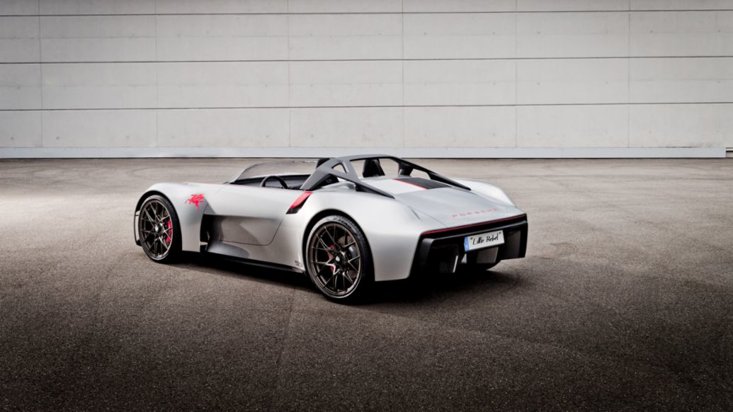 With its spartan, puristic cockpit, the characteristic radiator grilles over the mid engine, red graphic elements and the suggested fins at the rear, the compact Porsche Vision Spyder is clearly inspired by the Porsche 550-1500 RS Spyder from 1954. This design will help define Porsche’s future design language on its production models. It’s not quite next-gen Boxster material, but it’s dripping with plenty of hints, including a compact four-cylinder open-top and an ultra modern roll bar.

Porsche Unseen is out now.