Boxing
Features
Named after the infamous mob-hit, Robinson Vs LaMotta VI was one of the most violent nights boxing's ever witnessed
Kieran Spratt
13:00, 14 Feb 2021

At precisely 10.30am on February 14, 1929, four men, two dressed as police officers wielding Thompson sub-machine guns, entered a garage on 2122 North Clark Street, Chicago. Eight minutes later, the quartet exited the garage leaving behind the blood-soaked bodies of seven members and associates of the city’s North Side Gang in their wake.

The incident, a culmination of an ongoing gang war between the North Side’s George “Bugs” Moran and the South Side’s Al Capone, would become the most infamous hit in organised crime’s long and nefarious history. It was also given a particularly apt name; The Saint Valentine’s Day Massacre.

Fast forward exactly 22 years to 1951 and The Saint Valentine’s Day Massacre was redefined for a new generation and while there’d be no Tommy Guns or body bags, the violence was just as visceral. This time it was two enemies from New York that had become the titular enemies; one a slick genius from Harlem, the other a tough brawler from the Bronx. 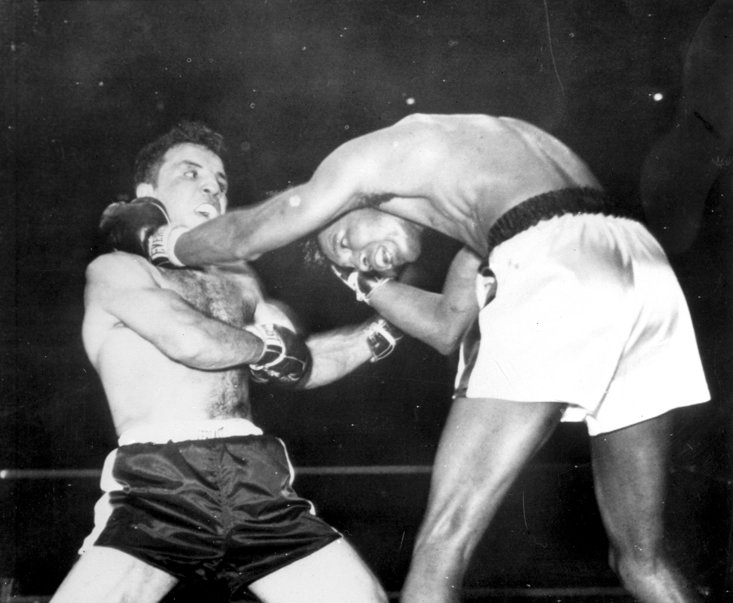 Like Moran and Capone, the two shared a violent history and had already gone to war with one another five times before. Sugar Ray Robinson, considered by many to be the greatest boxer that ever lived, had won four of the bouts, LaMotta, one of the toughest boxers that ever lived, just once. “I fought Sugar Ray so often I almost got diabetes,” LaMotta would often joke. The sixth of those bouts, at Chicago Stadium, would prove to be the most painful for both concerned.

When the pair met in the ring for their sixth and final fight, it was LaMotta who was the middleweight champion of the world, having beaten France’s Laurent Dauthuille for the title the year before, but Ray Robinson entered the fight with a jaw-dropping 121-1-2 professional record - his only loss coming to the man in the opposite corner.

The fight was dripping in animosity from the outset. Robinson, in a bid to derail the confidence of his opponent, downed a glass of blood drained from a steak but LaMotta was unmoved by this garish act. His lively lifestyle away from the ring, however, had caught up with him and the Raging Bull came into the bout six pounds over the limit - something Robinson knew he could exploit.

Raging Bull by name, Raging Bull by nature, LaMotta began proceedings in his usual aggressive manner, while Robinson was happy to play the part of daring matador. LaMotta took the fight to Robinson and was ahead on two of the judges' scorecards in the eighth round but, as Robinson had planned, he was beginning to fade from the fight. A bona fide professor of the sweet science, Robinson cranked up the heat on his faltering foe and by the 11th round had begun to turn the tide of the bout. 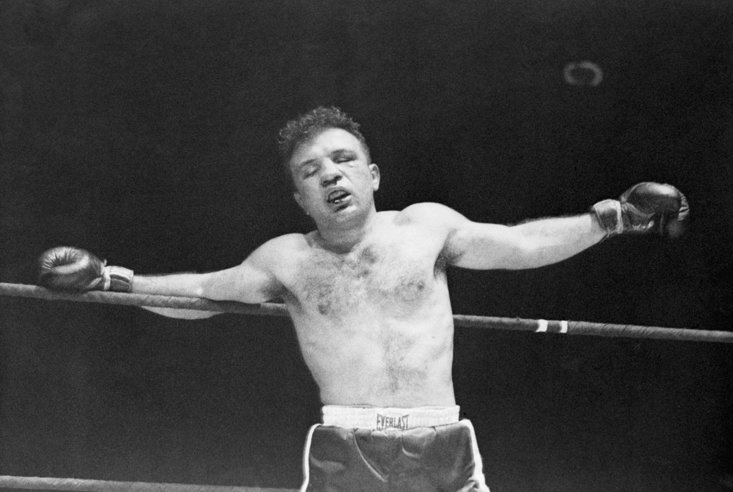 In the 12th, Robinson the massacre was in full flow and LaMotta, wincing at every unforgiving blow, was in agony and in the 13th he could barely throw a punch back. LaMotta, one of the toughest men to lace up a pair of gloves and a master of absorbing punishment, remained defiant and even mocked his conqueror mid-round for his lack of punching power, saying: “You can’t put me down.” LaMotta, whose head was being jolted north, south, east and west by Robinson, was still standing when the referee mercifully came to his rescue and halted the fight.

"He's the toughest guy I ever fought, I never knew anyone who was more aggressive and rough as he," Robinson said later.

Comparisons between the two Saint Valentine’s Day Massacres are clearly hyperbole but there’s no question that the conclusion of Robinson and LaMotta’s six-fight rivalry was worthy of the same moniker; it was quite simply one of the most violent nights boxing has ever witnessed.