Saul ‘Canelo’ Alvarez is not only one of the richest sportspeople on the planet, having earned around £35m per fight during his contract with DAZN, but he’s also one of the fittest, strongest and most defined athletes in the world.

Boxing’s biggest pay-per-view star clearly has a way of making money, but how does the unbeaten Mexican stay in such tip-top shape? If it is good enough for Canelo it is surely good enough for the rest of us! 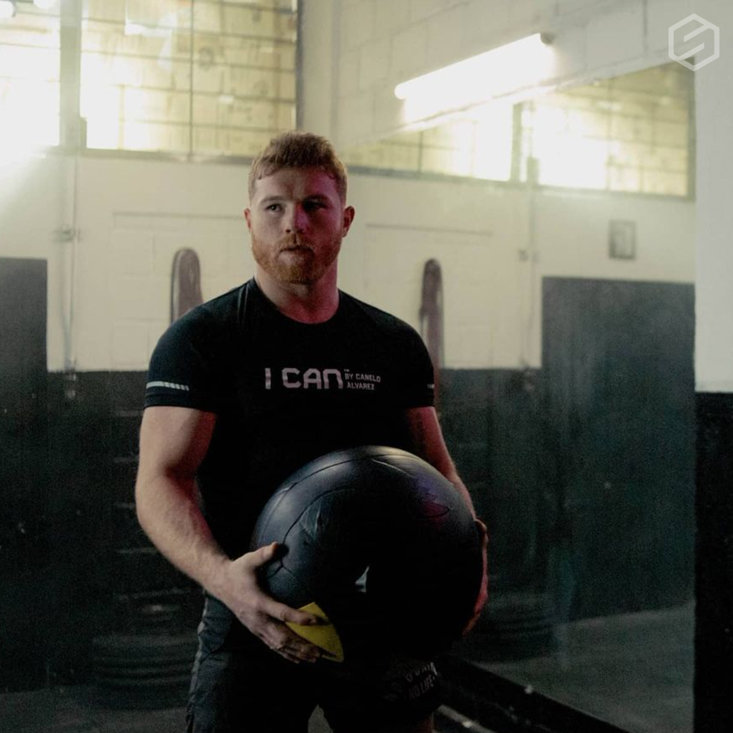 As we have seen from his Instagram, Canelo’s abs are seriously strong. A strong core not only allows him to absorb his opponents’ body shots with ease but also provides a stable base for him to get his own punches off. So what work goes into that eight-pack? Well, unsurprisingly, it isn’t easy.

Canelo takes on the classic leg raise, which you can do yourself lying on the floor with no equipment, often doing three sets of 15 reps. Then, while standing side-on to a wall and twisting his upper body, he does medicine ball oblique throws, chucking a weighted ball against a wall repeatedly. Oh, and he also does planks while balancing on stability balls. We find them hard enough on the floor! 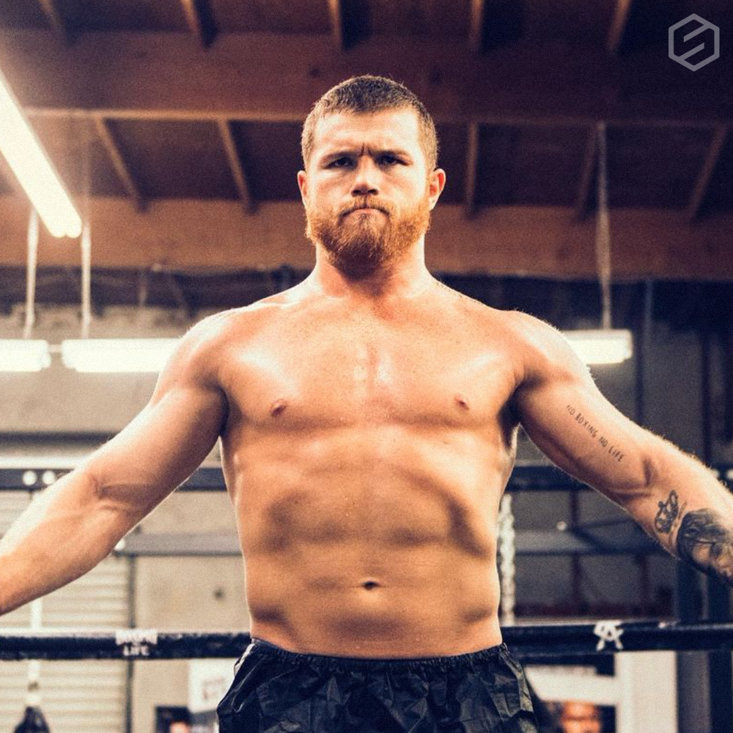 With 36 knockouts to his name it is clear Canelo possesses fierce punching power and incredibly strong arms. Clearly, punching without being punched is the name of the game in boxing, but how does he build and maintain that arm strength? Well, looking at the exercises he has posted online, it seems fairly straightforward.

As well as planking on stability balls, he also does push-ups on them to strengthen his shoulders. Push-ups are a favourite of Canelo’s, and he also likes to practise them on ring pulls to strengthen his chest and perform them with narrow hands for his triceps. Then, wide-grip pull-ups are used to target the biceps, triceps and pectorals. These exercises provide a great base for strengthening your upper body.

As we have discovered looking at Anthony Joshua and Tyson Fury’s fitness routine, running is a pivotal part of any boxer’s routine. The fitness required to last 12 rounds in the ring is simply remarkable, so being able to run and build up your cardio is vital.

Canelo is no different to the other champions, every morning (apart from Sundays) at 6am he is up and out of bed pounding the streets, getting the miles in. A morning run is the perfect start to the day for any professional boxer.

It isn’t all about running for the Mexican however, as he also spends hours with the skipping rope when in the gym, working on his footwork, timing and fitness. He is a machine when it comes to going the distance and you are never going to empty his tank. 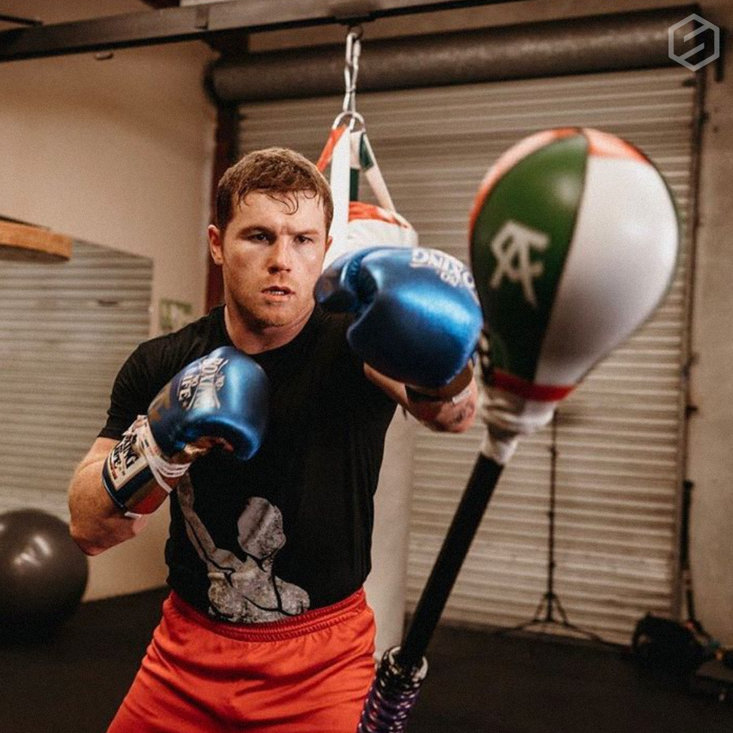 Alvarez unsurprisingly spends a lot of time in the boxing gym. With Sunday as his only day off, he works six days a week, and every afternoon on those days he is working on his skills. From around 2.30pm until 5pm on Mondays, Wednesdays and Fridays he works on his fitness and skills.

This involves rope jumping, strategy and punching bags and balls while on Tuesdays, Thursdays and Saturdays he is in the ring, either sparring an opponent or working with pads or on his movement around the ring with his trainer. You don’t get to the top of your game in this sport without serious hours in the ring, and Canelo puts in the hard yards. 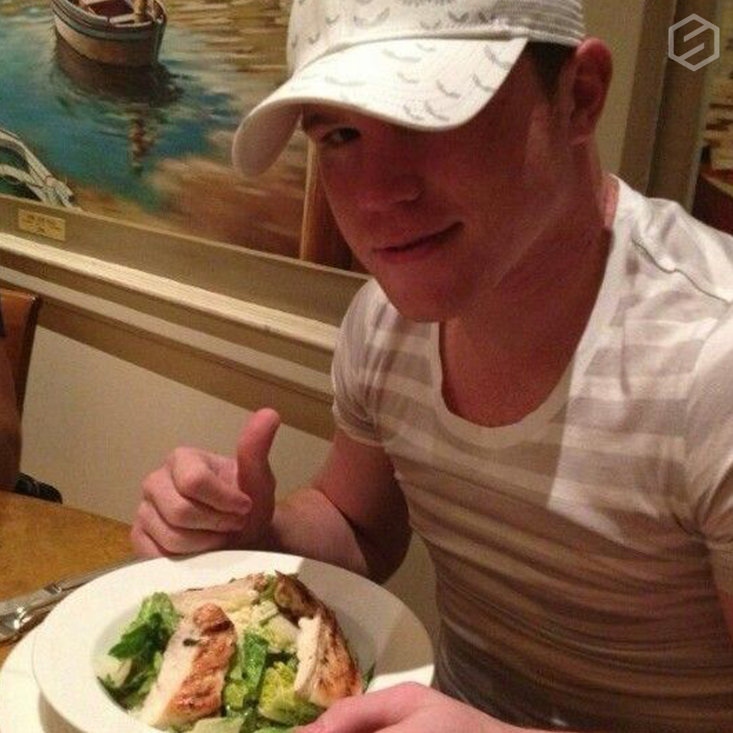 During regular training, Canelo has to eat a hefty amount to make sure his body is getting all of the nutrients it needs to recover. However, in order to make weight in the build-up to a fight, Canelo is very strict with his food intake.

Despite his heavy training regime, he only eats low-calorie foods and lean meat in the weeks building up to a weigh-in. He eats a load of fruit and vegetables, including cucumber, and he only eats food that is high in starch once a week, usually that means tortillas, bread or rice. Once weight has been made and the fight is over, Canelo usually celebrates by eating his two favourite foods, sushi and tacos, to his heart's content.