Even Gianluigi Buffon and Jan Oblak couldn’t stop Lionel Messi, but they got a little something to ease their pain recently. They were just two of 120 goalkeepers sent bottles of Budweiser to mark the Argentine’s 644th Barcelona goal, which saw him break Pele’s record number of strikes for a single club. The US beer giants gifted the stoppers with a bottle for every goal they had conceded against Messi, and such is the respect held for LaLiga’s greatest goalgetter it has been received like a badge of honour.

“I never like conceding but the challenge of stopping you brings the best out of goalkeepers too,” said Oblak as he posed with the drink on social media. Meanwhile, World Cup-winning Spain skipper Iker Casillas, one of Messi’s main foes during many an El Clasico battle, received 17 bottles in total.

What is it though that has made Messi the scourge of goalkeepers all across the world for almost 20 years? Here are some of the words that most define the indomitable Lionel Messi…

The 33-year-old paints pictures in his mind and then brings them to life on the football field like no other player. Messi’s wondrous left boot is the paint brush which strokes the ball into the net and dashes a multicolour of bright passes to leave us gripped and enthralled by his talent.

Lionel Messi playing football really is a work of art, and he is right up there with Van Gogh, Picasso and Da Vinci when it comes to delivering masterpieces. For hundreds of years people will look back at his works, because what he can do with a football is completely unique. 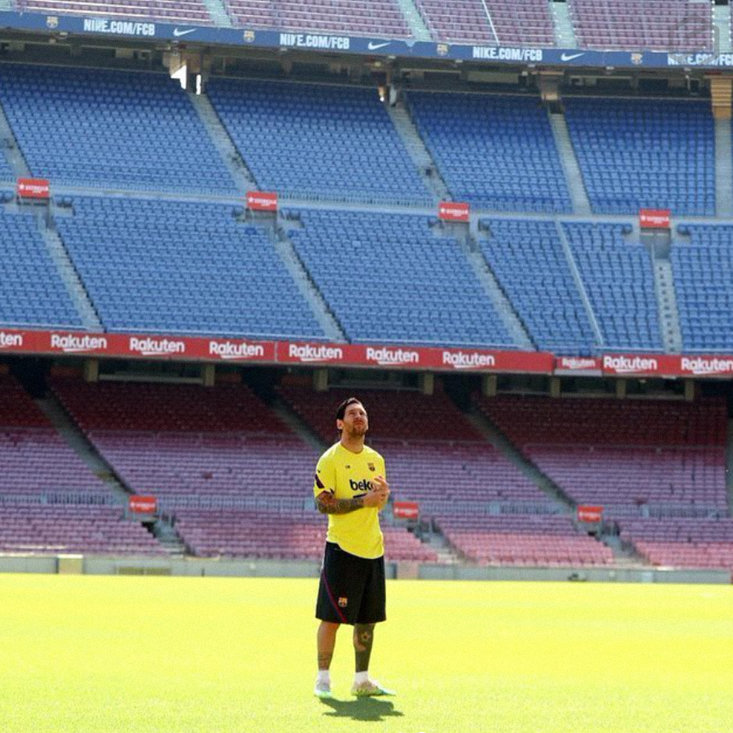 One-club men are a rarity in football these days. Yes, Messi very nearly left the Nou Camp in 2020 but the record books will state that 2021 marks two full decades at Barcelona.

While it is Messi’s supreme talent which sees him firmly ensconced in the pantheon of football’s greats, arguably even in top spot above Johan Cruyff, Diego Maradona and Zinedine Zidane, it was the Catalan giants who led him on the path to glory and paid for his growth hormone treatment. According to the man himself, Barca were “the only club in the world that offered” and it’s for that reason perhaps that Messi has stayed so loyal and committed despite the fact he could have taken his pick of any club in the world.

Messi’s great rival Cristiano Ronaldo has worked his backside off to reach the top, honing his raw talent to become unstoppable. For the Barca number 10, his skills appear to come more organically but he’s still had to put in thousands and thousands of hours of hard work to squeeze out every little drop of potential he was blessed with.

Winning 10 La Liga titles and the Champions League four times, Messi always wants more and was clearly furious as Barcelona failed to lift silverware last term. It is that thirst for constant success which has made him the very best and will continue to lead him through the rest of his career. 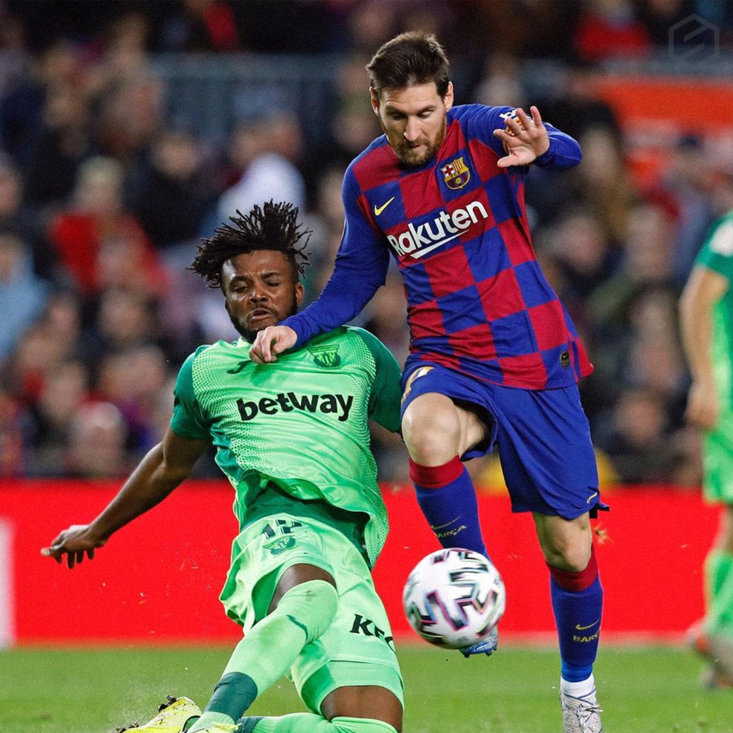 Defenders quickly realised that you cannot stop Lionel Messi. Locking him in the Barcelona dressing room is maybe the only sure-fire way to halt him; as soon as his feet touch the green turf, he’s going to spoil your afternoon and make your life hell.

For that reason, those who have got close to him have often ended up electing to boot Messi up in the air. But in a way similar to his late compatriot Diego Maradona, Messi has proved to be tougher than those who aim to scythe him down, always coming back for more, never being afraid to go on another mazy dribble with his sights firmly on goal.

Messi is always one step ahead. As the ball comes into his feet from midfield, he already knows where his teammates will be and what he will do next. It’s his quick-thinking which sets him apart.

“The best decisions aren’t made with your mind, but with your instinct,” is a quote credited to Messi. Everything he does as a footballer seems to come naturally - his movement, his innate ability to know where to be and when, his responses to what is going on around him, he does the right thing at such an unfathomably consistent level.

When he produces miracle goals and extraordinary passages of play, it is a testament to his genius, his ability to make instinctive decisions without ever giving away his next move. There will never be another like Lionel Messi.