Football
Features
The coach never looked like a good fit and has now left after their Euro exit
Peter McVitie
17:45, 30 Jun 2021

It took just a few seconds for Netherlands’ Euro 2020 campaign to go from excellent to exasperating and for Frank de Boer’s hopes of restoring his reputation as a coach to come crashing down.

Donyell Malen’s scuppered one-on-one five minutes into the second half against Czech Republic brought back painful memories of Arjen Robben’s vital miss against Spain in the 2010 World Cup final.

Sure enough, just as in Johannesburg, it marked the beginning of the end for De Boer’s men at Euro 2020.

Less than 30 seconds after Tomas Vaclik stole the ball off the PSV star’s foot, Matthijs de Ligt went from hero to villain when he handled the ball on his way down under pressure from Patrik Schick.

With the subsequent red card, all the colour was drained from the Oranje as the Czech Republic pounced on the weakness and killed them off in the last-16 clash.

The Dutch media’s post-mortem began with the key moments of the game, but soon fingers were pointing at De Boer and the Ajax and Barcelona great left his post less than 48 hours later. He hoped to recover from dismal spells in charge of Inter, Crystal Palace and Atlanta United by replacing Ronald Koeman and guiding them to a strong Euro campaign and the 2022 World Cup. 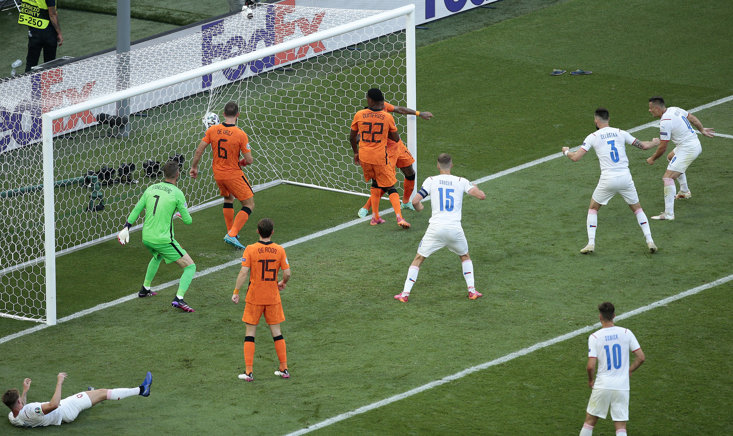 THE 10-MAN DUTCH WERE UNDONE BY THE CZECH REPUBLIC

De Boer may look back at Malen’s miss and De Ligt’s dismissal as the unfortunate instances that ruined him, but he has not looked a good fit for the role ever since his appointment last September.

Just as those calamitous moments exposed individual deficiencies, the way the players and coach collapsed afterwards exposed the deeper problems in the team and De Boer’s reign.

The response to the red card was one of the more perplexing examples. Off came Malen, the most dangerous Dutchman on the field, and on came Quincy Promes to play as a winger.

“Sixty minutes is actually [Malen’s] limit in these kinds of matches at the moment,” said De Boer. “My plan was initially to bring in [Wout] Weghorst for Donyell, but at that point we went 4-4-1. At that point you need a player who can go up and down on the wing and who can also hold his own defensively.”

It is impossible to see where De Boer gets the idea that Malen cannot play for more than an hour, since he has not had any trouble finishing matches for PSV. Promes was never going to add any more balance to the team or help regain control of the game, either.

"I really wonder. You are national team coach and you get a red card. Very annoying. But then you bring on Promes, who I may have seen play four good matches at Ajax, and you take off your most dangerous man,” Rafael van der Vaart said in his post-match analysis on NOS. “Is there no one at all on the bench who can say: ‘should we do that, should we not just put Memphis on the left and Malen in the centre?’” 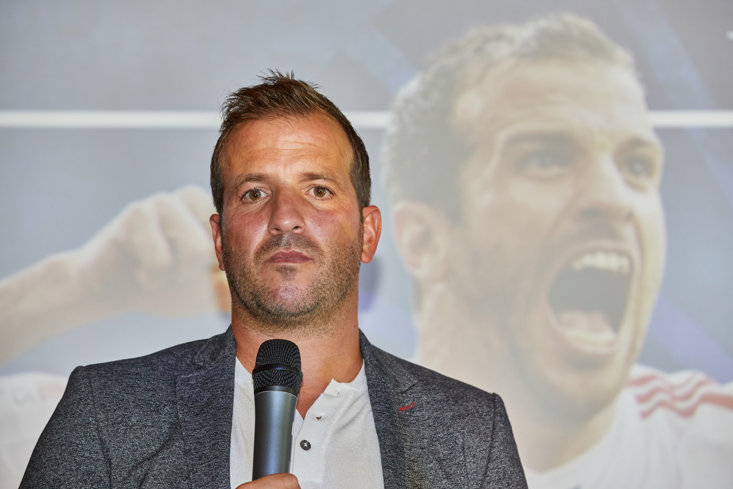 It is not as if Netherlands were on their way to victory before the red card, though. Malen may have been their biggest threat, but even he had hardly given Vaclik much to worry about before his big chance early in the second half.

That was partly down to Netherlands having no plan to work the ball to him, other than going route one. Stekelenburg persisted with hopeless long balls to the 5’10” forward up against centre-backs who are both over 6’. Instead of building from the back to find a more efficient way to pick holes in the defence, they constantly handed Czech Republic possession from the start.

The midfield was completely passed over and group-stage stars Wijnaldum and Frenkie de Jong had no influence in attack or defence.

De Boer’s devotion to the 3-5-2 system has been a major talking point at Euro 2020. They graduated Group C with a perfect record using it, but the vulnerabilities were always there as the players had no real understanding of what they were supposed to do in transitions.

The difference in Netherlands’ game plan against Czech Republic only exacerbated their weaknesses, however, handing control over to their opponents and rendering their best players irrelevant for the whole game.

What has De Boer added to the team?

“Nothing at all,” Ibrahim Afellay said on NOS on Monday. “We can sugar coat it, but the conclusion is simply that De Boer has failed.”

It is another disastrous spell for De Boer. He emerged as one of Europe’s most exciting coaches when his career began with four straight titles at Ajax but has been uninspired and out of his depth ever since.

While the KNVB can survey their options and begin their recovery before the next World Cup qualifiers, De Boer will find it much more difficult to find his road to redemption.