Football
Features
There are things both sides can learn, and the damage was not as bad as first feared
Kris Voakes
14:00, 14 Dec 2020

It was the worst Manchester derby any of us can remember. Saturday’s 0-0 bore draw at Old Trafford did neither United nor City too many favours on the face of it, with both losing the opportunity to gain ground on the sides at the top of the league.

Some critics will tell you that Pep Guardiola has no Plan B, but in truth his Manchester City side look a shell of themselves when they do venture away from their free-flowing, expression-heavy brand of football.

What we saw on Saturday was a pale imitation of what City can produce, even taking into account the absence of Sergio Aguero. Guardiola started with Fernandinho and Rodri in a dual-pivot role at the base of midfield in an approach Gareth Southgate has long been criticised for with England, and it just doesn’t suit them. Nothing about what United have served up this season should have concerned Pep so much that that was the best plan.

From now on, he needs to trust the process that has got him this far.

United have to be far more assertive at home 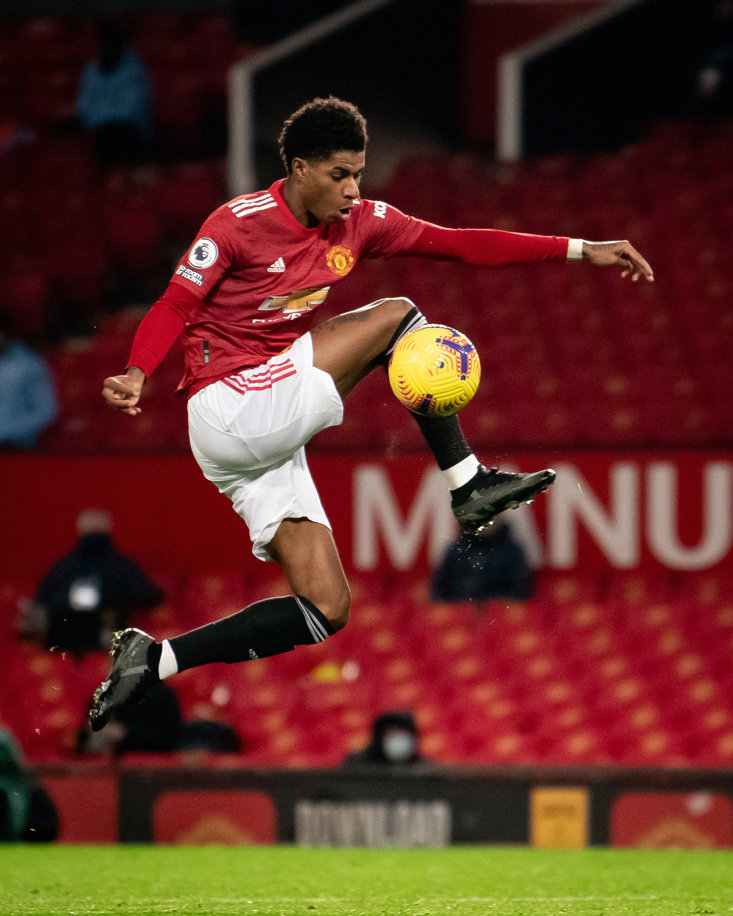 As much as it felt like a missed opportunity for the blue side of town, how often are Manchester United going to get the chance to come up against a City side quite as passive as that? It says much about United’s self-belief right now that they couldn’t make anything of it.

It remains the case that when Ole Gunnar Solskjaer is asked to come up with a way to break down cautious opponents, United look bereft of ideas. They have scored three goals in six home games this season, with two of them being penalties. Not since Donny van de Beek’s consolation goal against Crystal Palace back in September have United struck from open play, with 460 minutes of impotence in front of goal since. That is a damning but accurate reflection of their urgency on the ball at Old Trafford this term.

Solskjaer admitted in July after United qualified for the Champions League that the extra top-level games could have an effect on his side, so now that they have dropped into the Europa League it could actually have a positive influence on their Premier League form at a time when his players look exhausted.

“I can’t rest players in the Champions League as we have done in the Europa League,” warned the manager in the summer, but now that that is not a concern there is every chance United could benefit down the stretch as they look to make in-roads on the teams at the top end of the league while also giving time off to the likes of Bruno Fernandes, Marcus Rashford and David de Gea.

The whole season is going to be like this 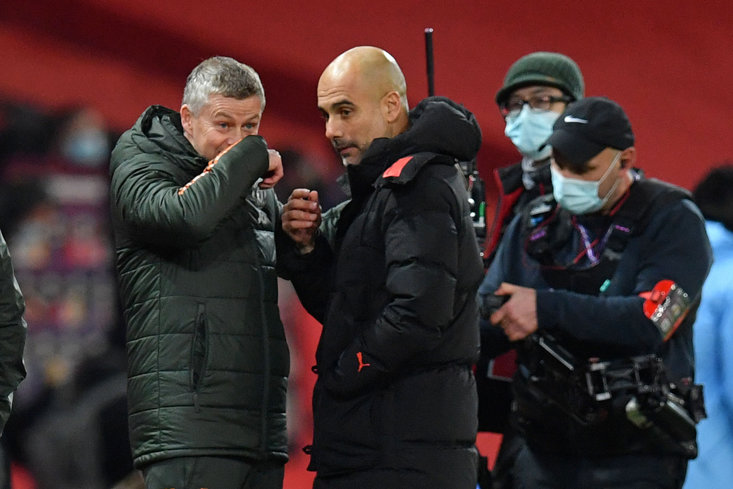 If it felt on Saturday as though both sides could be cut that bit further adrift from the top of the league as a result of their stalemate, Sunday reminded us that Manchester is not alone in feeling the effects of this Covid-shortened season. Tottenham, Liverpool, Chelsea and Arsenal all dropped points as well this weekend, as the country’s ‘big six clubs’ all failed to win.

Not since 2015-16 have we had a season in which there hasn’t been at least one team proving dominant at the top of the table, and as such the Premier League title race will be more like survival of the fittest this term. Dropped points are likely to be far more prevalent this season, meaning United and City are far from out of the running, even though they sit eighth and ninth respectively one-third of the way in.

Another Sergio Aguero is the order of the day

Without Aguero, Manchester City just don’t look anywhere near as much of a threat. Now 32, the Argentine is again coming back from a serious injury and one more setback could prove to be the end of him as a City player.

City’s next order of business has to be to find a long-term replacement for their talisman, but just as has happened since Vincent Kompany left for Anderlecht, it is likely to be easier said than done. Gabriel Jesus has been a good addition but is nowhere near the level of peak Aguero, and Guardiola needs to find a permanent solution sooner rather than later so that City are not left with an Aguero-shaped hole for too long.