The crowd swelled with excitement at this once in a lifetime opportunity to see one of sport’s all-time greats up close and personal. Police officers stood in place, keeping order, but there was no threat, just a thousand smiles as people gathered to witness the great Muhammad Ali. However, this was no Rumble in the Jungle, in fact there wasn’t a boxing ring in sight. Instead Ali was merely visiting Coventry and the locals were desperate to catch a glimpse. But why was he there?

Ali was in Jardine Crescent, Tile Hill, to be precise, in the West Midlands city back in August 1983 to open the Knockout Fish and Chip shop which belonged to former British heavyweight champion Jack Bodell.

Known as ‘Mr Swadlincote’, having been born in the former Derbyshire mining village in 1940, Bodell won his first British and Commonwealth heavyweight title in 1969. After losing the belt to Henry Cooper in the first defence he was written off, but he battled back to prove his doubters wrong, grabbing it back in September 1971 in Empire Pool, Wembley, with victory over Joe Bugner. 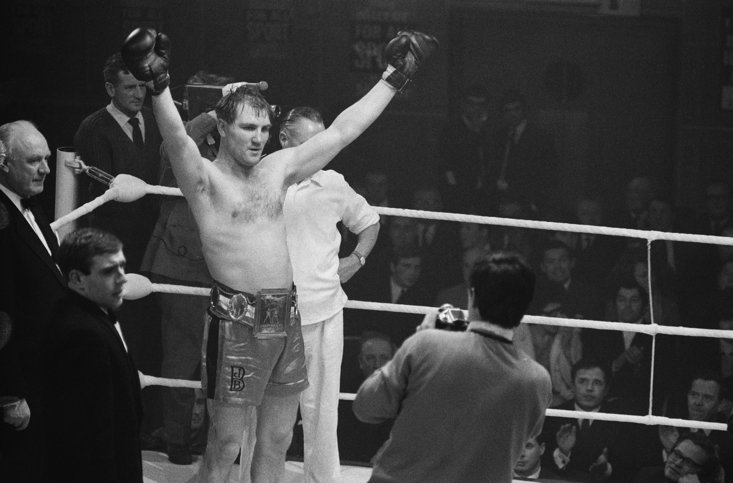 But while his boxing resume reads ‘champion’ something else jumps out; he was a former sparring partner of the great Ali and the pair had great respect for each other, respect which would serve Bodell well.

Years later, after hanging up his gloves, Bodell bought a smallholding and butcher’s shop having previously been a pig farmer (which also earned him the name ‘Swadlincote Swineherd), and later purchased a shop to sell fish and chips. For the grand opening, a big name would surely pull in plenty of people. And, as it turned out, one of the greatest sports stars of all time, whom he considered a friend, happened to be in the area.

"Ali was in the Midlands on business so I asked him if he'd pop over to open my fish and chip shop," Bodell revealed. "He didn't charge me a penny, but I gave him some cod and chips." 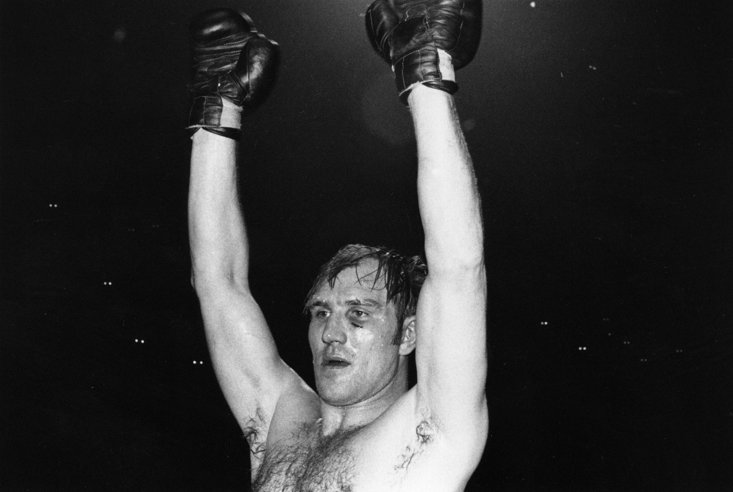 It was Bodell’s ‘down to earth’ nature which convinced Ali to pop in and pay him a visit at his new venture, claimed his friend Ken Land to the BBC.

According to the Coventry Telegraph, before the grand opening Ali was ‘besieged’ by more than 3,000 fans outside the Unit Sales DIY story waving autograph books and screaming the great man’s name. In the Midlands for a 10-day stay, this was his final day, and, after lunch at the Royal Court Hotel in Keresley, Ali met more supporters in Warwick before travelling to see Bodell.

Ali got out of his car and around 1,500 delighted people greeted him, completely in awe. In one heartwarming image, Ali is seen lifting up one young girl. Emma Graham was that girl and she recalled the moment to the Nuneaton Telegraph in 2015. “Ali had come to visit the chippy in Tile Hill that was owned by Jack Bodell and my mum lived round there,” she explained. “I was about two at the time and my mum just lifted me up and he took me up in his arms. It really is my claim to fame.” 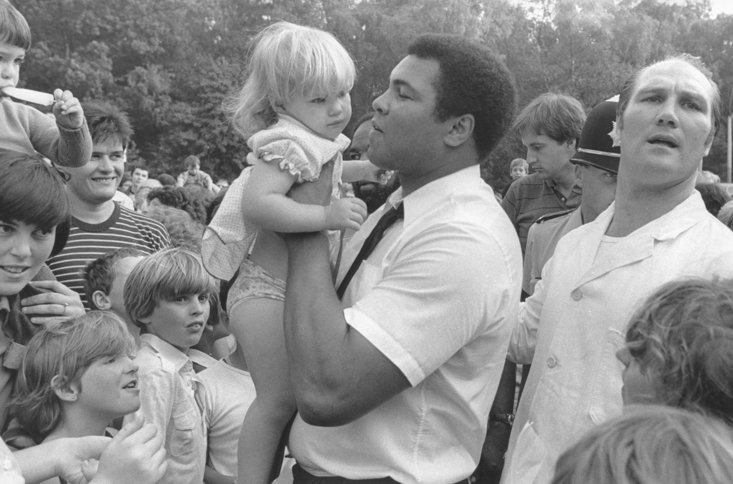 Inside, wearing a white shirt and black tie and with a plastic fork in his mouth, Ali stood behind the counter amid a frenzy of activity as Bodell stood in long white overalls busily serving his new customers.

“I didn’t expect this, the crowds are bigger than I thought,” Ali humbly told reporters. The people loved him and he loved the people - afterall he was the People’s Champion - and he enjoyed many tours of the UK, often with the betterment of others at heart.

In 1977 he had journeyed to Tyneside for an open-top bus tour to raise funds for local boxing clubs and a mosque. A year after his chip shop unveiling, he visited nearby Nuneaton Borough FC in 1984 and later, in 1999, he campaigned to erase Third World debt, sat perched on a vintage car travelling through Brixton.

Bodell sadly passed away in 2016 but had travelled the world with his wife Jean - with whom he had two children - having sold the shop in 1990.

But locals who were there in 1983 will never forget the Knockout’s unique opening. The great Muhammad Ali, at a fish and chip shop in Coventry, for the price of a bite to eat and a chance to lend a helping hand to his old sparring pal. He really was The Greatest.