Football
Features
It was on this day in 2004 that Socrates played in the English ninth tier
Elliott Bretland
18:00, 20 Nov 2020

Socrates was a Greek philosopher who lived from 470 to 399 BC and is credited with being one of the founders of Western philosophy. However, for football fans of a certain age, his namesake who wore the famous yellow of Brazil and captained his country at the 1982 World Cup had just as big an impact on culture and history.

The most successful nation ever in the World Cup - they have played in every tournament and won the trophy five times - there is something enthralling about the Samba stars. First there was Garrincha, Pele and Carlos Alberto. Then there were Ronaldo, Rivaldo and Ronaldinho. In the eighties, it was all about Socrates.

Elegant and stylish in possession, he was instantly recognisable. The strong, fulsome beard, the flowing curls and the iconic yellow and green shirt. This man was an icon to so many when he appeared on television at Spain ‘82, for most this was the first time they were ever seeing Socrates. Four years later at World Cup ‘86 in Mexico, by which time he had famously taken to wearing headbands (one time, made from a team-mate’s sock!) he scored the winner in Brazil’s opening group game against Spain. 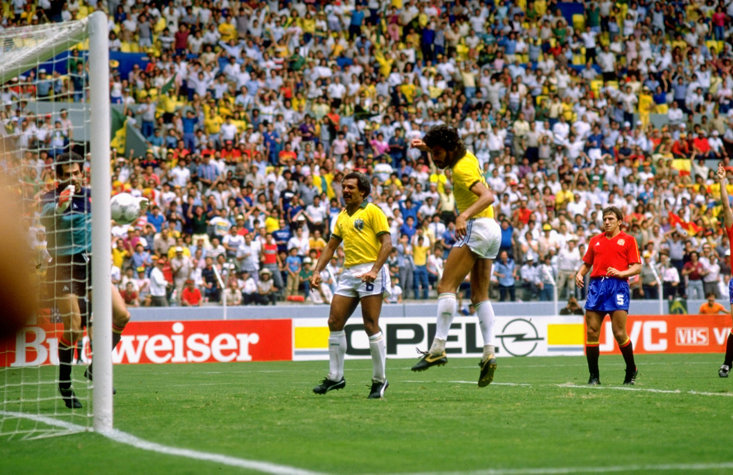 SOCRATES SCORES AGAINST SPAIN IN 1986

So, with his name firmly in the World Cup record books forever and his face etched in the minds of thousands as one of the coolest footballers on the planet, how on Earth did he wind up turning out for Garforth Town on 20 November 2004 at the age of 50? Well, it’s all about who you know.

Simon Clifford became the owner of the Northern Counties East League side in 2003 and had grand plans to take them up and up and up. Setting up a worldwide network of Brazilian soccer schools, he had made the most of his contacts. Brazil icon Zico was on his radar, while former Manchester United and Leeds midfielder Lee Sharpe made 21 appearances for the club. More discussions for star names took place and the investor at Garforth installed himself as manager.

"I put out a few feelers and Socrates said he would be interested,” Clifford told the BBC at the time. “He's a pretty principled guy and isn't interested in the money - which is just as well because we're not paying him.

"I'm told he's still in good shape, although he's still smoking. I'm pretty strict on discipline and smoking, but I guess I can make an exception for him.” 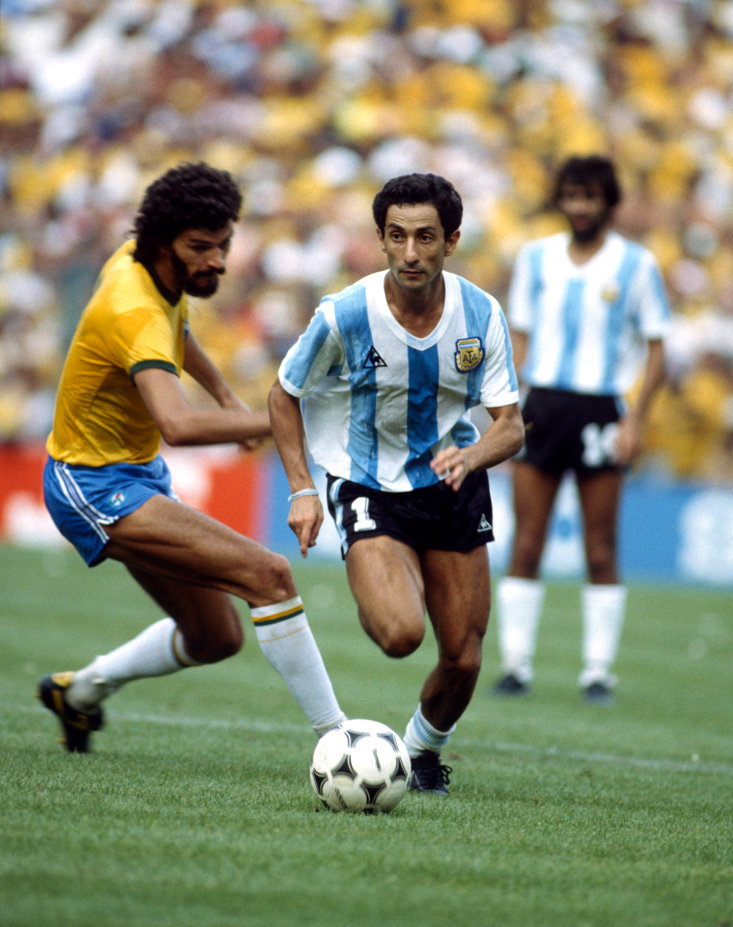 SOCRATES UP AGAINST OSSIE ARDILES AT THE 1982 WORLD CUP

Shortly afterwards, the deal was done, with a one-month contract agreed between the two parties. Socrates himself was excited by the challenge, keen for new and different experiences having seen it all at the very top table of football.

“I am really looking forward to putting on the Garforth Town strip. I don’t know anything about the place and I’ve never been to the north of England, but I’m always up for new experiences,” he said. “It will be fun to see what the quality of the game is like. I’m not sure how long I’ll manage, but I’ll give it my best shot. I’m 50 years old, so I evidently won’t be the fastest man on the pitch. But I’m sure I can remember a few tricks.”

Having hung up his boots in 1989, here he was 15 years later having dusted them off again. It all seemed so surreal… Here was Socrates in a yellow Garforth kit getting set to face Tadcaster Albion at Wheatley Park, in front of 1,300 fans in the ninth tier of English football.

Sat on the bench, with a bench coat perched over his legs being perhaps the best indicator of the difference in temperature between Yorkshire and Rio De Janeiro, he had to wait until 12 minutes from the end for his debut as the hosts battled to a 2-2 draw. 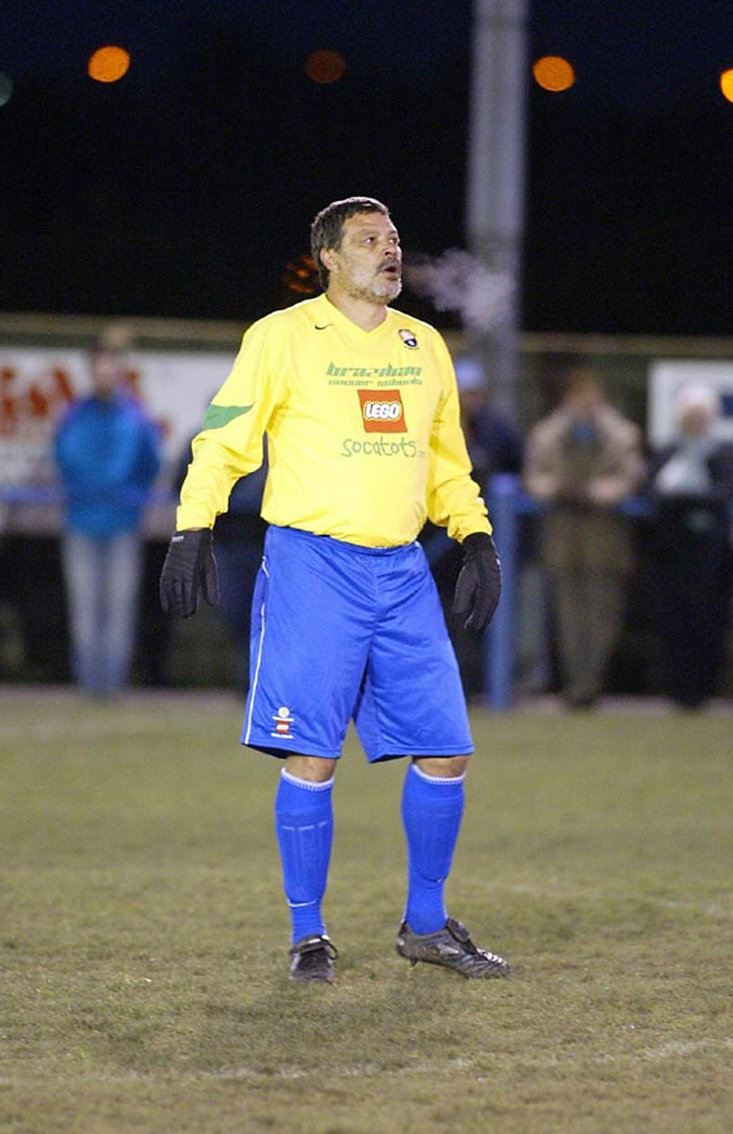 THE LEGEND TURNS OUT FOR GARFORTH, AGED 50

As the saying goes, form is temporary, class is permanent, and Socrates showed his quality, instantly forcing a save from the keeper from miles out. However, the star man did admit later that the pace of the game was a bit much, and he didn’t feature in the next fixture - it seems Clifford wasn’t kidding when he said he was strict on discipline.

“I decided not to play him in the next game because his warm-up had consisted of drinking two bottles of Budweiser and three cigarettes, which we had in the changing rooms,” the owner and manager explained. “I didn't think it was a good idea for him to carry on playing too much more, though he was keen to.”

Greg Kelly, the club’s all-time top scorer at the time, recalled the day in an interview with nonleagueyorkshire.com, saying, “We didn’t actually meet Socrates until the day. We all had a quick chat with him and he gave us a team-talk. He could speak a little bit of English, but it was broken and just a couple of sentences to wish us good luck.

“It was quite a fresh day and he must have had four sets of gloves on. He was also having a cheeky cigarette now and again. After the game I think a few of us didn’t think he was going to make it with the way he was coughing his guts up in the shower.”

Socrates’ willingness to play for the love of the game is everything good about football. Those present will have watched in awe. The Brazilian icon sadly passed away in 2011 from septic shock following an intestinal infection, but the people of Garforth, just like the millions who watched him with adoration during those World Cups, will never forget his glorious skills and aura on the Garforth pitch. Even if it only lasted for 12 minutes.