Football
Features
The City boss must get his side firing again after signing a new deal
Kris Voakes
18:00, 11 Dec 2020

On the surface, it’s a clash between a manager everybody seems to believe in and an opposite number in whom nobody has any faith whatsoever. But this weekend, Manchester United host Manchester City with both coaches embarking upon critical periods in their tenures for very different reasons.

Pep Guardiola has been there and done it, first with Barcelona, then with Bayern Munich, and latterly with City, collecting 29 major trophies so far in a 12-year coaching career. Ole Gunnar Solskjaer’s honours roll call stretches as far as two league titles and one cup win in Norway.

Saturday’s derby at Old Trafford comes at a crunch time for the United manager following on from their Champions League exit at the hands of RB Leipzig on Tuesday. The word coming out of the club is that Solskjaer retains the trust of the board and the majority of the sentiment in the dressing room, but the feeling amongst the fanbase is that his days might well be numbered. If United have one thing in their favour going into Saturday’s game it is that they can point to some rather perverse form under their former striker.

Every time their boss has reached a precipice, they have picked up results. Whenever they have been written off as having no chance against a more well-resourced opponent, they have seemingly come out of it with a win. Whether two goals down heading to Paris in the Champions League and going through, or approaching home and away derbies last season as the underdogs and somehow upsetting City both times, United have been about as predictably unpredictable as it is possible to be. 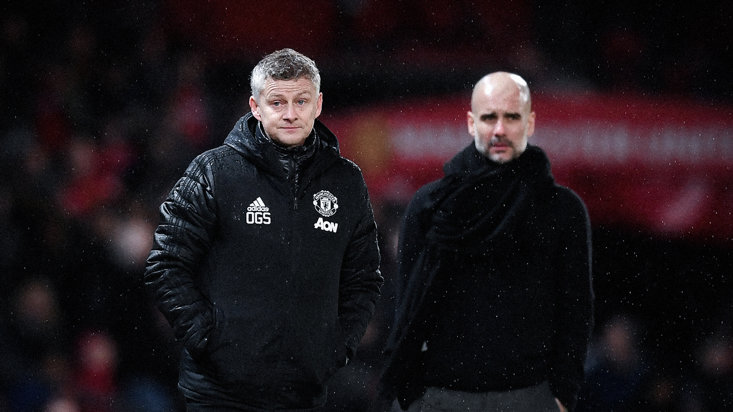 Yet all of this comes against the backdrop of an almost freakish inability to make light work of inferior opposition. Solskjaer’s days will remain numbered until he can get United swatting aside teams that once feared every move the Reds made. A defeat on Saturday might be the end of the Norwegian, but it would be the raft of losses to the likes of Newcastle, Burnley, Crystal Palace, Bournemouth and Istanbul Basaksehir which will have been the real coach-killers.

City’s win over Marseille in midweek, on the other hand, was typically City. Having already qualified for the round of 16 in Europe, they brushed aside the French outfit with little pomp and circumstance. City, as has so often been the case, continue to go about their work under the radar in this town. The default position is that United are the big news. But whereas for much of the spell through the 1980s to the early 2010s this was because of United’s dominance, now it is down to the Reds’ incapacity to right the ship.

Guardiola is not without his problems though. The fact that his side head to Old Trafford actually a point behind Solskjaer and United says much about their pedestrian start to the season. Coming off a campaign in which they finished 18 points behind Premier League champions Liverpool, there was a far greater expectation of City than has materialised thus far. 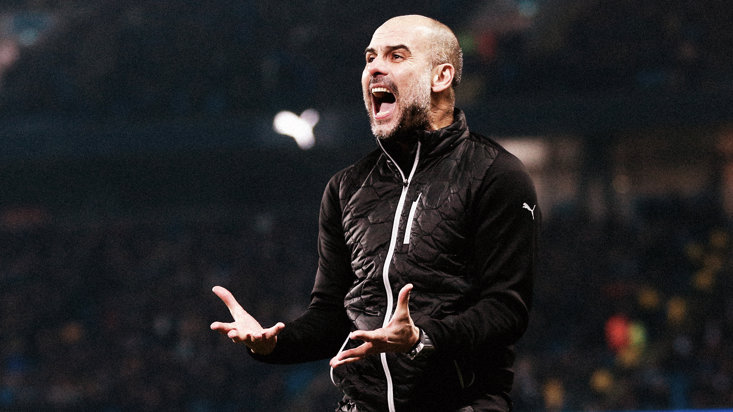 The task for Pep now is to regenerate his squad for a new wave of success following on from their 2018 and 2019 title triumphs. His recent two-year contract extension until 2023 lines him up for a tenure the like of which he has never encountered before. Four years with Barca and three seasons at Bayern meant a single era of dominance allowed him to leave as a king.

A seven-year job requires a longer-term stranglehold on a club’s culture, and Guardiola’s intense approach might need some refinement if it is to bear more success this season and beyond. As much as United need wholesale changes, there is an increasing feeling that similar is required at the Etihad. Vincent Kompany has long gone, Sergio Aguero won’t last forever, and City’s current squad increasingly feels like it’s one major injury from a mini-crisis.

In some ways it is like comparing first-world problems with third-world issues to say that Guardiola is under as much of a spotlight as Solskjaer on Saturday, but at this point a United win would say as much about Pep’s escalating mission at City as it would about Ole’s fortunes across town.