Sugar Ray Leonard, Roberto Duran, Marvin Hagler and Thomas Hearns, the so-called ‘Four Kings’ of boxing’s last truly great era, are each in their own right quite considered among the crème de la crème of all-time boxing champions.

One, however, stands above the rest. By how much is subjective but, only he holds a victory over each of the other three.

Sugar Ray Charles Leonard - a name attributed to two great men that came before him: soul pioneer Ray Charles and arguably the greatest boxer all of time, Sugar Ray Robinson - was born on May 17 in 1956 in Wilmington, North Carolina as the fifth of seven children. Unlike the beginnings of many other aspiring prizefighters, his childhood was a relatively uneventful one bar a dicey brush with death when he nearly drowned in a flooded creek as a young boy.

Instead a young Leonard spent large parts of his childhood indoors, reading comic books or playing with his family dog. "He never did talk too much. We never could tell what he was thinking. But I never had any problems with him. I never had to go to school once because of him," his mother once said.

Leonard’s upbringing and family friendly attitude that remained with him as a professional was a far cry from his peers in the 1980s. Duran had that raw, primal ferocity whilst Hagler was one of the meanest men to grace the sport. On paper, Leonard possessed neither of these attributes but in the ring he had a killer instinct unmatched by many fighters before or since.

“When I hurt you, it was intuitive and it was instinctive, and especially if I saw a little blood, I went at you like Dracula,” he once told Boxing News.

“And it’s so funny because I’m so different than that person I was in the ring. I watch it now and I say ‘Who the hell is that guy!?’ But I had that killer instinct.” 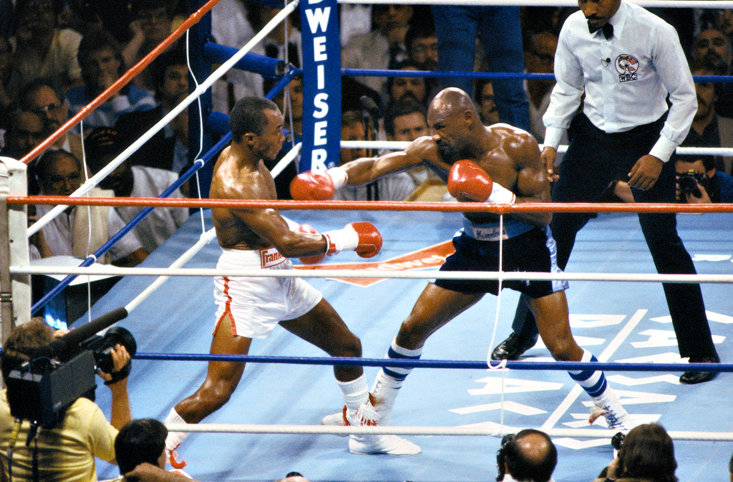 His adaptability in the ring was terrifying. He boxed and banged his way to world titles in five weight classes, lineal championships in three and became the undisputed welterweight king. He could just as easily use his power to stop a foe or his speed to bamboozle them.

With good looks, a boy next door charm and a smile that could light up the dingiest of boxing halls, Leonard was tailor-made for the big time and after claiming gold in Montreal at the 1976 Olympic Games his stock went through the roof. Such marketability meant that Leonard would become the first boxer in the sport’s history to earn $100million in purses.

The quality of opposition is what really immortalised Sugar Ray Leonard forever in the annals of boxing history - his talents would have likely have won him world honours in any generation but the 1980s were so saturated with dance partners of such high-calibre like Messrs Duran, Hagler, Hearns and the majestic wizard Wilfred Benitez, that had he fought in a lot of other eras, his legacy would probably seem quite ordinary.

And it was the wars with the aforementioned four that we look back at most fondly - first there was the rivalry with ‘Manos De Piedra’ himself, Duran, whom he shared three battles with. The first, in 1980, Duran won by unanimous decision, embarrassing Leonard, who was clearly taken by surprise by his opponent’s brutish manner inside and outside of the ring .

Leonard rectified this defeat in the same year, in one of the most famous conclusions to a fight in the sport’s history, when he battered the poor Panamanian around the ring hopelessly before the latter, retiring to his stool, uttered those famous two words that would haunt him forever, “No mas” - “no more.”

After successfully neutering the most vicious of boxers, 1981 saw Leonard beat Kronk Gym and Emanuel Steward protégé Thomas ‘The Hitman’ Hearns, another future Hall of Famer and all-time great. They would fight for a second time eight years later, a highly controversial draw that even Leonard believes Hearns won.

In 1987, after a three year lay-off, came arguably Leonard’s greatest achievement in the ring, when he challenged Marvin Hagler, the epitome of tough-as-nails, for the world middleweight title. It was a task that many thought was mission impossible.

Like his childhood hero Muhammad Ali did against ‘Big’ George Foreman in Zaire though, Leonard would ultimately prove his critics wrong, winning a razor thin split decision that would leave Hagler in so much disgust that he’d retire from boxing immediately after. 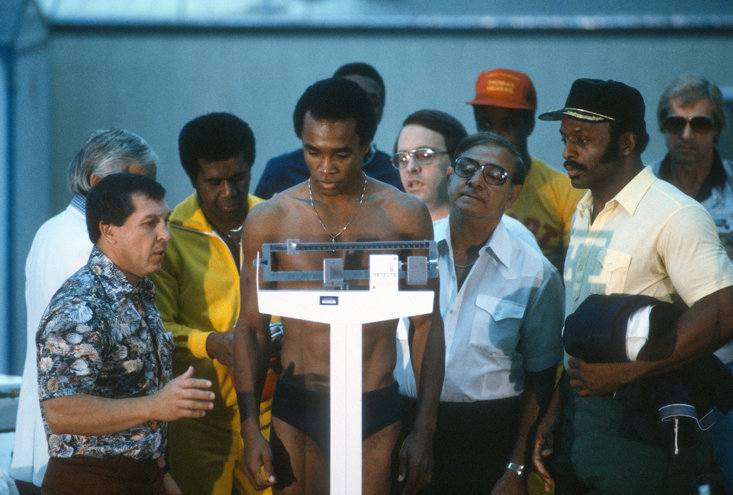 After hanging up his gloves once again in 1991, Leonard returned six years later in 1997 in an ill-fated attempt to beat the late Hector Camacho, suffering his only defeat by way of knockout in his entire career, before finally retiring for good.

In retirement, Leonard still looks like he could still do a job in the today ring despite being over 60, if any of the social media posts of him working out are anything to go by, but more than that, he embodies an era of boxing jam-packed with talent, which also included Mike Tyson’s prime years.

As boxing entered a new dawn following the retirement of Ali and the end of heavyweight golden era, the sport might have struggled were it not for fighters like Sugar Ray Leonard, Hearns, Hagler and Duran - and for them we should be forever grateful.