It’s one of the sights which makes football fans giddy, a goalkeeper striding up for a corner. They never score, which makes the possibility all the more exciting. But that’s a myth really. Take Paraguay maverick Jose Luis Chilavert, who on this day 21 years ago managed to net a hat-trick for Velez Sarsfield of Argentina against Ferro Carril Oeste and thus wrote his name into the football history books forever. To mark the anniversary, here we profile five sensational goalscoring shot-stoppers. 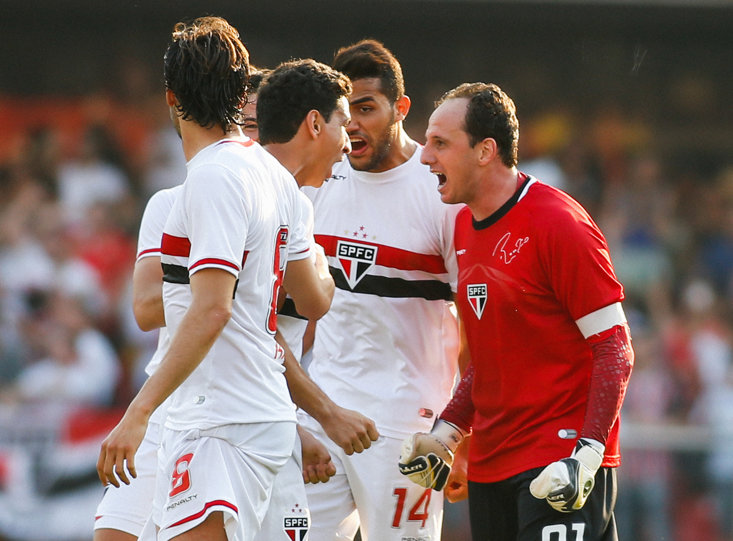 Rogerio Ceni scored more than a century of goals for Sao Paulo and we’ll start by putting his achievements into context. It was back in 1999 that Michael Owen, Dwight Yorke and Jimmy Floyd Hasselbaink, all top strikers, shared the Premier League Golden Boot with 18 strikes each. Six years later, Ceni found the net 21 times in one season and was the club’s top scorer as he helped the Brazilians win the Club World Cup in 2005. That’s just insane.

Obviously adept at booting the ball hard and long as part of his day job as the man between the sticks, he was even better at whacking the ball between the posts at the other end. He scored a total of 61 free-kicks during his 23-year career, and the one-club man boasted technique David Beckham would be proud of. 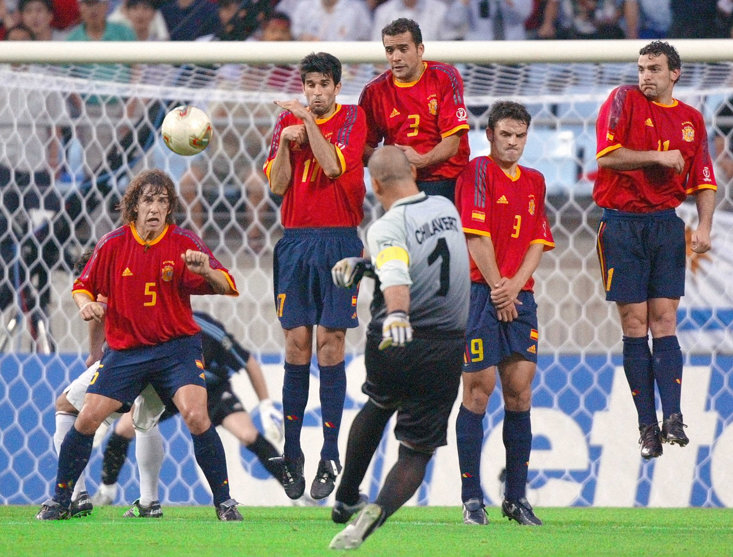 The only goalkeeper to score a hat-trick as he struck three penalties for Argentine side Velez Sarsfield, the feat came a year after he starred for Paraguay at the France ‘98 World Cup. He was included in that tournament’s 16-man All-Star squad after keeping two clean sheets (he wasn’t just good at scoring goals, he stopped them too!) Later, Paraguay qualified for the 2002 showpiece thanks, in part, to their number one scoring four times in qualifying. Three of his eight international goals came against Argentina, which is no mean feat.

While Ceni was reminiscent of Becks, Chilavert was a leftie and boasted the ferocious whip and venom of Roberto Carlos from his free-kicks. A deadly set-piece specialist, seeing him wheel away - mouth wide with glee - in long sleeves and gloves after netting another beauty never gets old.

It is not just madcap South American stoppers in this list. Bulgarian Ivankov is a solid entry from Europe, and the third-highest scoring goalkeeper in history. Playing for Levski Sofia, his hometown club in Bulgaria, he scored 25 goals in 275 appearances, with his penalty prowess vital.

“I was responsible for the penalties at Levski because I was able to hold my nerve,” he told OtSazada.com. “I remember the match versus Brondby when I took a penalty without the permission of my coach. After the game the manager was angered about my decision but all my teammates were nervous about taking the penalty, so I did what I felt was right."

Moving to Turkey in 2005, he was the hero again, this time for Kayserispor in the 2008 final of the Turkish Cup against Genclerbirligi, scoring not one but two penalties in an 11-10 victory - all the while saving three himself! What a man. 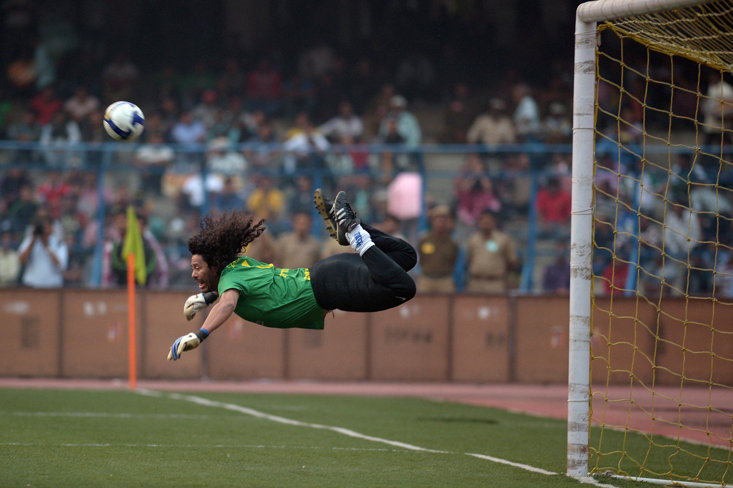 Famed for that scorpion kick against England at Wembley in 1995, the eccentric Colmbian was always taking chances and dicing with danger, often striding forward with the ball at his feet and trying to take on the opposition. Venturing into the opposition half with the ball was just something he had to do, so it’s no surprise he scored more than 40 goals, albeit mainly from the penalty spot.

It was in the same year as his appearance against England that he scored a crucial free-kick for Atletico Nacional of his homeland against South American heavyweights River Plate which helped his side reach the Copa Libertadores final. Clearly a man for the big occasion, he scored for his nation against Venezuela at the Copa America in 1989.

Alongside Lucio, Michael Ballack and Ze Roberto, Butt was part of the brilliantly iconic Bayer Leverkusen team which shocked Europe to reach the Champions League final in 2002, and himself scored a penalty against Juventus (no pressure!) in the group stage.

Having already netted 20 goals for Hamburg, he scored eight more for Leverkusen between 2001 and 2007 but was left with egg on his face during one 2004 Bundesliga clash against Schalke. Having coolly slotted home a penalty at the Veltins Arena, he high-fived his teammates and rallied the crowd as he sauntered back to his goal. However, as he reached the box, he slowly looked up as the ball sailed over his head - quick-thinking Mike Hanke, seeing Butt wasn’t in any rush to get into position, took a punt and arrowed the ball into the net - footage shows that even Leverkusen players saw the funny side. Thankfully, they hung on to win 3-2, Butt’s goal proving to be the winner.