Football
Features
The former England man made his debut on this day in 1932 and played for three decades
Matthew Crist
12:00, 19 Mar 2020

Sir Stanley Matthews was no ordinary footballer. His was a career which spanned some three decades, and by the time he hung up his boots in 1965, aged 50, he’d made almost 700 league appearances for Stoke City and Blackpool, not to mention being capped by England on 84 occasions.

A tricky right-winger, Matthews possessed a superb sense of balance and impeccable timing as well as boasting a turn of speed which would terrify full-backs, earning him the nickname 'The Wizard of Dribble'.

His ability to manipulate the ball was a sight to behold, and he would trick opponents by swerving one way with his body then suddenly darting the other, a trait which led one of his teammates to claim, “He uses his feet like a magician does his hands.”

Often referred to as ‘the first gentleman of football’, he was renowned for his sportsmanship and was never booked in his career. And, such was his level of stardom, it was said that his presence could add thousands to the attendance wherever he played.

Born on 1 February 1915 in Hanley, Stoke-on-Trent, Matthews was the son of a professional boxer and joined Stoke City when he left school at the age of 14 before turning pro in 1932, making his first-team debut against Bury at Gigg Lane on 19 March that year.

Just two years later he received his first England call-up for a fixture against Wales at Ninian Park, scoring the third goal as England thrashed the hosts 4-0.

We can only guess what other accolades he would have achieved had his career not been disrupted by the outbreak of World War II in 1939 which cost Matthews perhaps the peak of his professional career, forcing him out of the game from the age of 24 to 30. 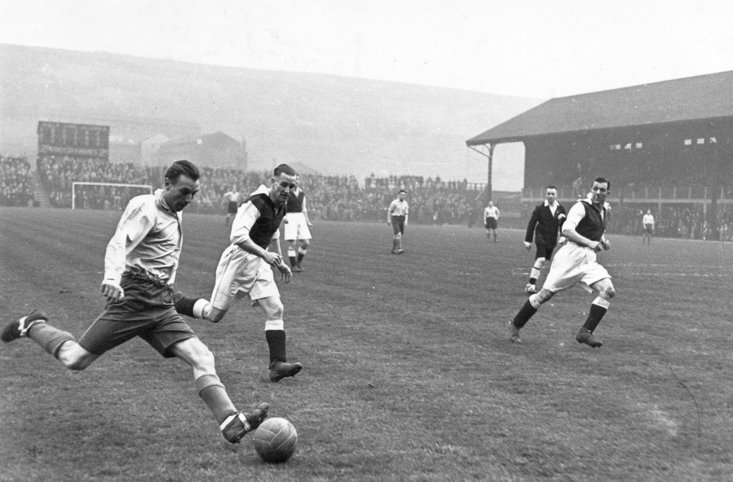 Like many top players at the time Matthews was enrolled into the forces, joining the Royal Air Force, and was based on the outskirts of Blackpool, eventually rising to the rank of corporal due to his natural leadership and calm demeanour.

Even so, during wartime he still played 69 Wartime League and Cup games for Stoke, as well as 87 for Blackpool. He also represented a number of Scottish sides including Airdrieonians, Morton and Rangers, and even played for Arsenal against FC Dynamo Moscow.

During this period Matthews also played for England on 29 occasions, though no caps were awarded as these were unofficial games. If they had he would have easily exceeded 100 appearances for his country.

Following the war Matthews left his beloved Stoke City and joined Blackpool for £11,500, a huge fee at the time especially seeing as he was now 32 years of age, but if anything the move didn’t just rejuvenate his career, it took it to another level.

"You're 32, do you think you can make it for another couple of years?" asked Blackpool manager Joe Smith. After Matthews reassured him, Smith replied, "There are no shackles here, express yourself, play your own game and whatever you do on the pitch, do it in the knowledge that you have my full support." Matthews didn’t disappoint.

Between 1947 and 1961 he played over 400 games for the Seasiders, with the highlight of his time at Bloomfield Road surely being the 1953 FA Cup final which became known as the ‘Matthews Final’.

The 38-year old was pivotal in Blackpool's last-minute victory over Bolton Wanderers after they had trailed 3-1 with just 22 minutes on the clock. Incredibly, this was the only major medal he won in his career.

In 1956, the inaugural European Footballer of the Year ceremony was held, and it was no surprise to anybody that Matthews was the first recipient of the award, and just 12 months later he played his last-ever game for England against Scotland in the same year that he was awarded the CBE. 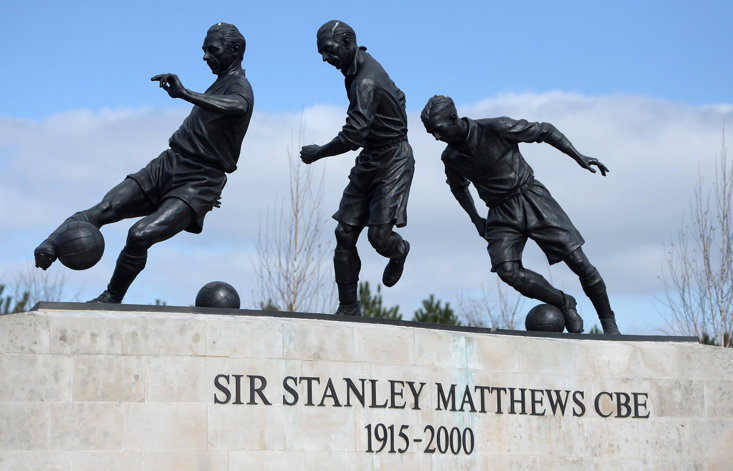 In order to prolong his career Matthews maintained a rigid fitness regime, gave up alcohol and even became vegetarian, something which was almost unheard of at a time when most players’ pre-match diets consisted of steak and chips followed by a few pints of brown ale.

In 1961 Matthews returned to his hometown club of Stoke City at the age of 46, finding himself playing Second Division football for the first time in 28 years, but he was still able to command a wage of over £50 a week.

Astonishingly, this was almost twice what he was earning at Blackpool and his arrival transformed the fortunes of the club as gates almost tripled overnight and City were promoted the following season

Matthews was knighted for his services to the game in January of 1965, and took to the field for the last time just a month later in a 3-1 win over Fulham. His final appearance came five days after his 50th birthday and some 33 years on from his professional debut.

When a testimonial was held for Matthews in April 1965, stars of the game including Alfredo di Stefano, Lev Yashin and Karl-Heinz Schnellinger turned out to honour one of the greatest players the game had ever seen.

After giving up playing, Matthews became manager of the team he supported as a boy – Port Vale – with little success before taking on coaching roles in Europe and South Africa. Later, he was made honorary club president at Stoke City.

Sir Stanley died in 2000, aged 85, and just as he had managed to attract the crowds as a player, an estimated 100,000 people lined the streets to pay homage to a true icon of the game whose personality had transcended the sport and made him a household name.

Ever loyal to the people of Stoke and the club where he started his illustrious career, Matthews’ ashes were buried beneath the centre circle at the Britannia Stadium, while a statue depicting the different stages of his career was erected in his honour outside the ground.

The ‘Wizard of Dribble’ was simply one of a kind.