At the foot of Ben Nevis, amongst some of the most picturesque scenery in the country, Fort William is a club that is run by fans, loved by the community and represents what grassroots football is all about.

The other thing to know about Fort William is that it’s known as the worst team in Britain. They hadn’t won a league game in 882 days, 80-odd matches and conceded more than 300 goals, as they languished at the bottom of the Scottish Highland League.

But that was all forgotten last night as the Fort - as it’s affectionately known - won a hard-fought 1-0 victory over Clachnacuddin. A result the club, its players and fans, will take all day long.

Jack Brown scored the solitary goal of the game midway through the second half and that was enough to secure the long-awaited win.

Keeper Martin MacKinnon, one of eight players on loan from Inverness Caledonian Thistle, told The Sportsman of the mood inside the dressing room afterwards: “After the final whistle, the boys in the dressing room were in fine form. As for the rest of the season, we are just trying to get up the table and secure more wins!

“We knew it had been a long time, but we said to ourselves before the game what a chance we would have to end that and do it at home too in front of the home support.

“From a defensive point of view, myself and the back four are always wanting clean sheets and although it’s going to be tough against the top teams in the league who are very good, in terms of the goal difference, we have to be happy we aren’t conceding as many goals as last season.”

The club were stuck at the foot of the table for the entirety of last season but with no relegation in the fifth tier of Scottish football, remained in the league thanks to the fans who refused to let the club go out of business. The easy option would have been for the club to lose its semi-professional status and drop into the amateur leagues but the fans and chairman have kept the club afloat.

With players on average being paid £20 per match, they had been unable to attract people that could compete at this level. Instead, there are players that travel from all over Scotland to represent the club, week-in, week-out. Several more travel more than two hours each way - more than twice a week to turn out for training and matches. When your side is losing every single week, this level of commitment is simply astounding and typifies the heart, soul and effort that is keeping this club alive.

They have tasted victory in the local cup competition this season, making it to the North of Scotland Cup semi-final, when they were beaten by Brora Rangers. But last night was their first taste of victory in the league in 882 days.

Manager Russell McMarran is a former police officer who masterminded the win, but his life was changed dramatically when he was diagnosed with post-traumatic stress disorder, due to seeing fatal traffic accidents on a regular basis. In the BBC documentary ‘The Fort’ he said: “Having PTSD that turned my life upside-down. This has been a massive lift for me. I owe the club massively, I owe the lads massively.”

This story of persistence has captured the imagination of the online community and the tweet announcing the result of the match has been liked over 16,000 times. They boast 18,000 followers on Twitter which for a club of their size is incredible. This online support has translated into real-life help in the form of YouTuber Loki Doki, who started a Football Manager series with the Scottish minnows, one that was so popular that his followers raised £5,065 last season.

That money has proved vital in keeping the club running and allowed the locals to continue working and supporting their club. One fan summed it all up beautifully: “Fort William Football Club means everything, it’s been my life for 25 years. I’ll be here next season, and the season after, and the season after. It means absolutely everything.”

‘The Fort’ is still available to view on BBC iplayer 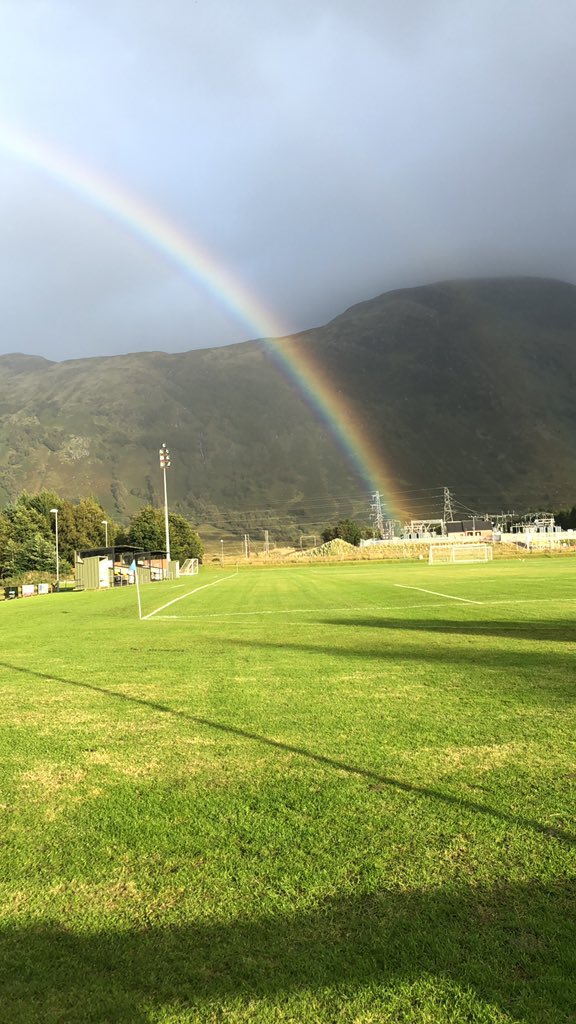