Football
Features
Here are then things you (probably) didn't know about the man everyone's talking about
Elliott Bretland
14:00, 28 Aug 2020

Lionel Messi. So, he’s scored an incredible 704 goals in 869 games, netted 54 hat-tricks and lifted 36 trophies all while playing his club football in the red and blue of Barcelona. Well, perhaps not anymore.

One of the biggest bombshells in football sent shockwaves around the world this week when news hit that the magical number 10 was ready to leave the Nou Camp. It’s going to dominate debate and pub chat for weeks so you need some Messi facts to impress your mates with don’t you? The Sportsman has got you covered...

He is named after Lionel Richie

‘Hello (every club in the world), is it Messi you’re looking for?’

It is believed Lionel takes his name from the American pop sensation, as his parents were huge fans of the singer when he was born in 1987, a year after Richie released his double-platinum album, Dancing on the Ceiling.

Richie, who was ‘honoured’ to hear about his famous followers, even had advice for his namesake after Messi missed a decisive penalty for Argentina in the Copa America final four years ago.

“Yes, Lionel, just make it easy like Sunday morning. Don’t get all out of shape here,” Richie said referring to his own lyrics. “If I told you how many times I lost at the Grammies and it only made me do one thing - get better. So, I’m not even worried about my namesake - he’s going to be just fine. He’s a winner obviously. I’m sure he’s down right now but he’s a Lionel, he can’t go wrong.”

If Manchester City manage to pull off an incredible deal to land Messi’s signature, we’re sure supporters will be dancing on the ceiling (sorry). 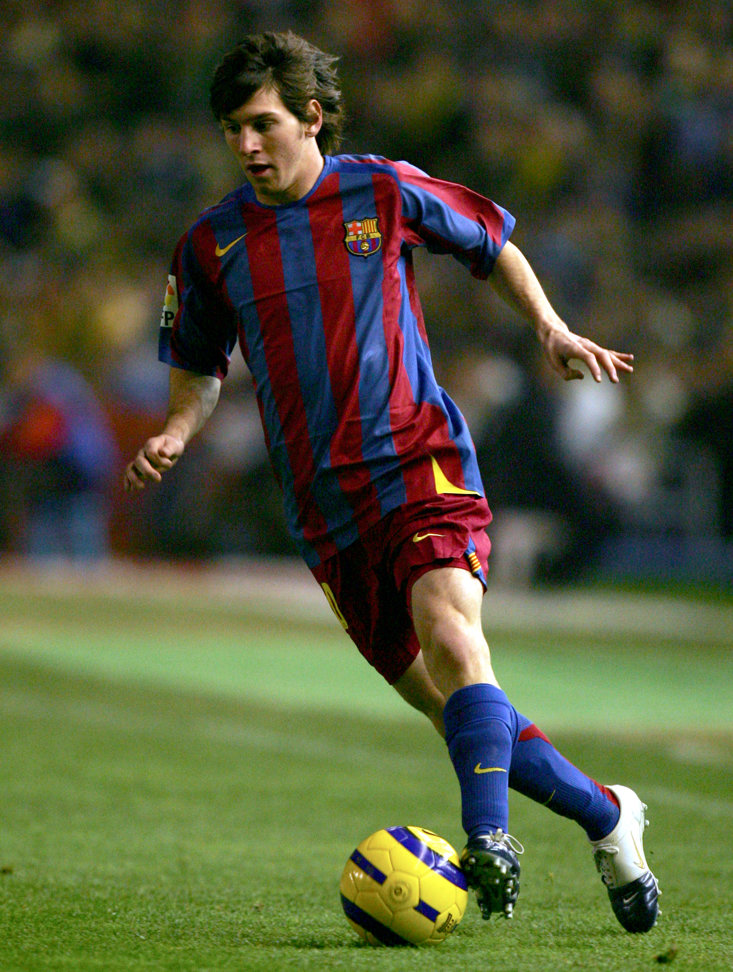 Messi has his own word in the Spanish dictionary

There really are no more ways to describe Messi’s greatness. At the peak of the Argentine’s powers, tearing La Liga up week in and week out, over in Spain they had exhausted every superlative for him, so in 2017 they just decided to make up a new word.

The word ‘inmessionante’, featuring his surname, of course, means ‘the perfect way to play football’. We couldn’t think of a better definition.

It’s not just Lionel who can play a bit

That’s right, he has two cousins who also play professionally.

Emanuel Biancucchi, a year younger than Messi, played youth football for Newell’s Old Boys, just as Messi did, before joining 1860 Munich in Germany. Spells in Spain and Brazil followed before a return to his boyhood club.

Maxi Biancucchi, who turns 36 in November, is a forward who has played for thirteen clubs during a nomadic career mainly in Paraguay and Mexico. It’s fair to say they haven’t reached the heights of their famous relative over in Europe - no one has - but it’s clear footballing talent runs deep in the Messi clan. 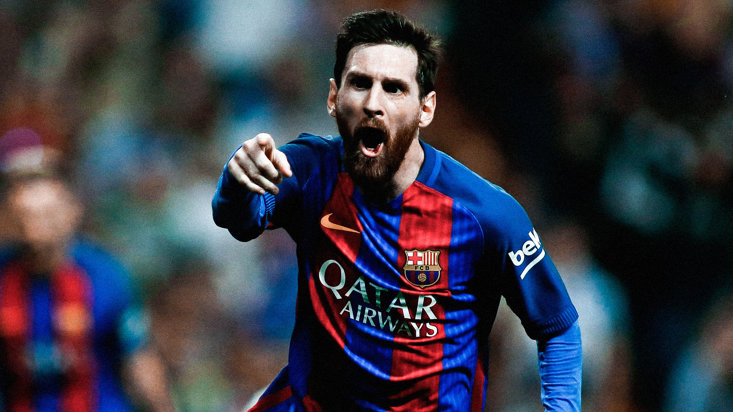 Messi is from the same city as another revolutionary…

Lionel was born and raised in Rosario, the same Argentine city as Che Guevara, the Marxist who was a major figure in the Cuban Revolution, and whose face can be seen on posters on just as many bedroom wall as his football playing compatriot.

“I’ll go elsewhere and find the Argentina shirt with my name on it and it is so cool,” Messi once said. “I’m excited when I see flags of Che Guevara, Diego [Maradona] from Argentina anywhere in the world, I have strong feelings for that.”

However, while Guevara was idolised and disliked in equal measure, it feels every football fan can’t help but admire Lionel.

Messi is related to Bojan Krkic

Messi is related to his fellow Barca and one time Football Manager prodigy, Bojan Krkic, but you have to go way back.

An investigation by newspaper Diari Serge a decade ago discovered the pair are distant cousins. Messi, it was found, had Catalan roots and his great-grandfather was the brother of Bojan’s great grandfather. The connection dates back all the way to the 18th century. 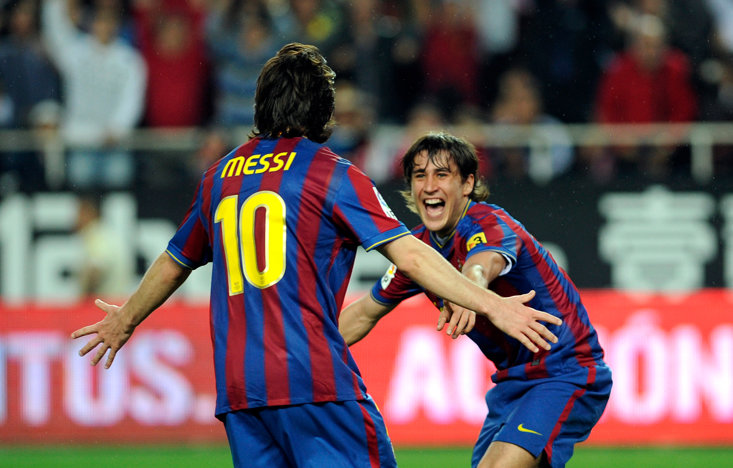 His grandmother had a huge impact on his career

It was his Nan who took him to his first training sessions and encouraged him to pursue the sport, even urging his Mum and Dad to buy him football boots, according to footballdeluxe.com.

"One day you will be the best football player in the world," she said.

Sadly, she passed away when Messi was ten, so missed him conquering football as she knew he would. Even now, the Barcelona star raises his hands to the sky when he scores.

Messi signed for Barcelona with a little help from an orange

According to his first agent Fabian Soldini, the LaLiga giants were desperate to sign him after seeing his ability to do keepy-uppies with the fruit.

"I went to see Lionel and I gave him a kilo of oranges and a few tennis balls. I told him: ‘You train to juggle that and in a week and I will record you’.

A week later, Leo mastered his subject. He juggled 113 times with an orange and 120 times with a tennis ball. I sent it all to Barcelona who told me to bring him in quickly".

Messi picked his shirt number in homage to two players...

According to OhMyGoal.com, Barcelona legend Ronaldinho, truly the greatest player of the early 2000s, and Deco, the supreme midfield talent, would pick up Messi and take him to training in his very early days at the Nou Camp.

Forming a close friendship, when Messi made his debut in October 2004 against Espanyol, he wore the number 30 shirt, the total when you add Ronaldinho’s number ten and Deco’s 20.

Of course, after the Brazilian left for Milan in 2008, Messi claimed the iconic number and is now synonymous with the 10 shirt. 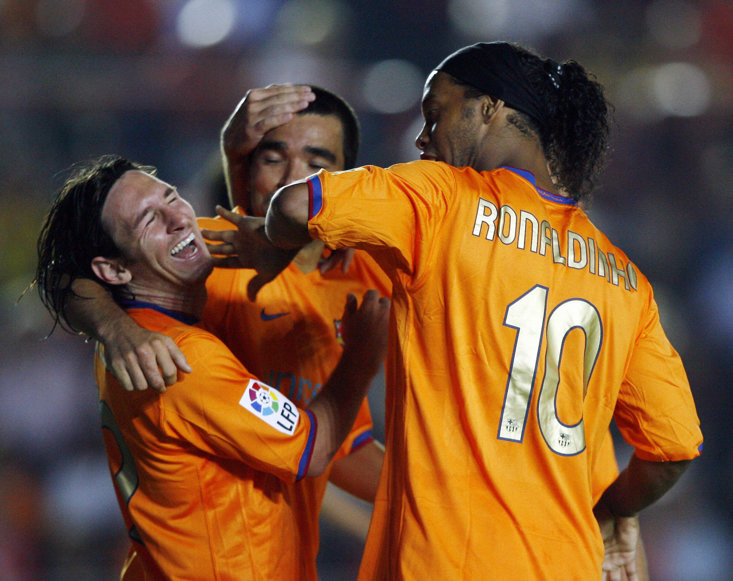 Gerd Müller's scoring record had stood for 40 years. That was until Lionel Messi came along.

The German forward, 'Der Bomber', scored an incredible 85 goals for Bayern Munich and West Germany in 1972. In 2012, Messi grabbed his 86th for Barcelona and Argentina in a 2-1 win at Real Betis. Mind-blowing.

Müller told Sport1.de: "My record stood for 40 years - 85 goals in 60 games - and now the best player in the world has broken it, and I'm delighted for him. He is an incredible player, gigantic." That he is.

No, that isn’t a typo, we’re not talking about the Golden Boot.

In 2013, jeweller Ginza created a pure gold replica of Messi’s famous left foot, to celebrate his fourth Ballon d’Or victory. It was unveiled in Tokyo, Japan, and sold for £3.5m at auction with proceeds reportedly going to the victims of the Tohoku earthquake and tsunami.