“It’s only taken me 27 years,” joked Dominic Dale after recording the shock of the World Open in China by beating Ronnie O’Sullivan.

Having broken onto the scene in 1992 in the same year the Rocket turned pro, Dale had to wait until Monday to record his first win over O’Sullivan, triumphing 5-3 to make it to the first round in Yushan. Their debut meeting in 1993 ended with a 10-5 Ronnie win in the World Championship in Sheffield, and Dale would go on to lose their next nine match-ups, before finally getting one over on the five-time world champion.

Dale has every right to revel in the end of his lengthy losing streak against Ronnie, here's a look at some of the other sporting hoodoos that finally came to an end...

World Snooker
@WorldSnooker
Dominic Dale has beaten Ronnie O'Sullivan for the first time in his career.
The Rocket has lost his heldover qualifier match at the Zhiyuan World Open in Yushan [5-3] #WorldOpen 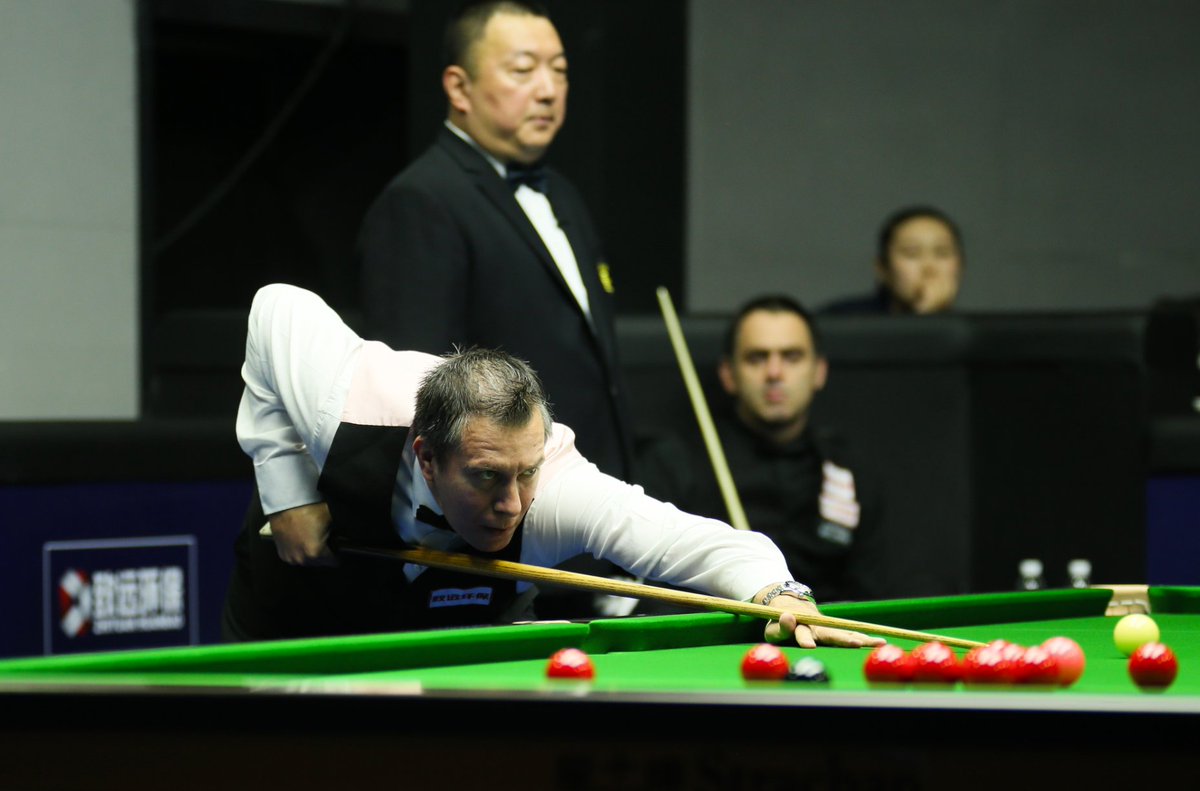 Despite Berdych winning three of his their opening four clashes, the Czech went on a sorry run against all-time great and 19-time Grand Slam winner Rafael Nadal post-2006. The Spaniard subjected Berdych to defeat in 17 consecutive matches, including the 2010 Wimbledon final.

This was finally, mercifully, ended in the quarter-finals of the 2015 Australian Open in a straight sets victory, including a 6-0 sweep in the second set.

Had Nadal won, it would have set a new record in men’s tennis. Unfortunately, Berdych was neither able to convert the win into a first Grand Slam - being defeated in the next round by Andy Murray - nor avoid Nadal’s returning to the winner’s circle when they met four years later at the same tournament. 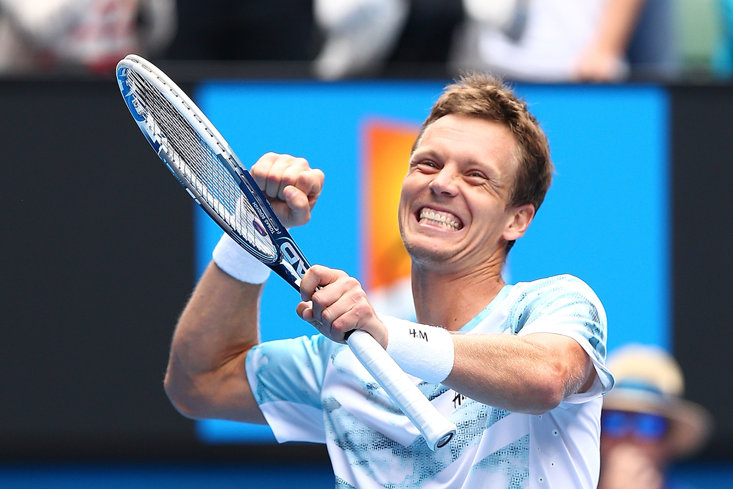 Bills fans had to suffer an entire, intolerable decade without managing a win over their Sunshine State foes from Miami. Whilst most were jiving to the Saturday Night Fever soundtrack, the Bills were in the middle of suffering constant domination by arguably the most successful team of the 1970s.

The Dolphins managed 20 victories in a row over Buffalo, which remains a National Football League record for most consecutive wins over a single opponent. Chuck Knox’s Bills eventually broke their long duck in the opening game of the 1980 NFL season with a 17-7 win.

The longest away losing streak to the same opponent in NFL history is claimed by the Detroit Lions, who finally beat the Green Bay Packers in 2015 after a 24-game losing run at Lambeau Field.

Dave Thompson
@DaveinWNY
FROM THE @WKBW ARCHIVES - The #Bills lost every game they played against the Miami Dolphins in the 1970's, but on opening day of the 1980 season, despite 9 turnovers, the Bills scored 14 4th quarter points to break the losing streak #BillsMafia
42
80

Steve Bruce might have made his name as a player with Manchester United between 1987 and 1996, but it took him until October 2019 to beat them as a manager. The curse had stretched back to his first meeting with United while in the hotseat at Birmingham City in the 2002/03 season, with Bruce failing to record a single win across a total of 22 meetings.

The best he had managed was holding out for a draw on five occasions. While one of the 17 defeats had come in the 2005 League Cup quarter-finals, the remainder helped to comprise the longest winless run by any manager against a single Premier League opponent.

With the Newcastle United fans still to be won over following his summer appointment and a single win under their belts in the league season, few gave the Magpies much chance to beat even a United side in relative disarray when the two sides met earlier this month.

But Matty Longstaff’s memorable debut goal finally gave Bruce a winning feeling against his old club. Apparently he had turned to Sir Alex Ferguson in the days before the game for some words of advice. Whatever the great Scot said, it worked! 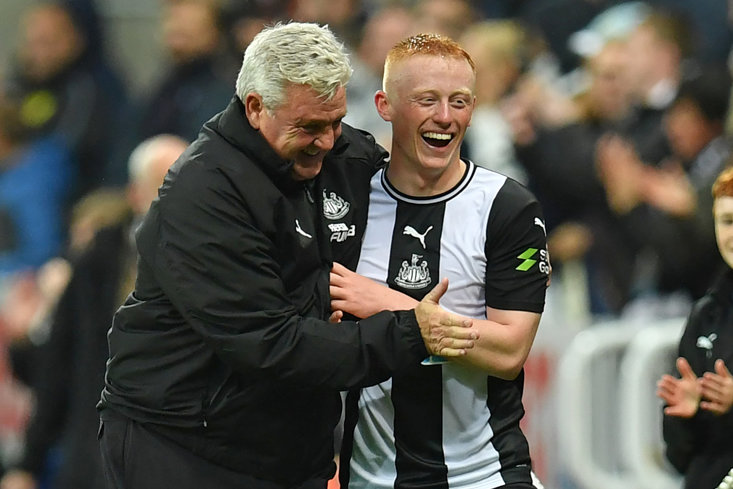 When Australia and Zimbabwe first came head to head in one-day cricket, it was the Zimbabweans who triumphed in the 1983 Cricket World Cup. It was considered at the time to be one of the biggest upsets the competition had seen and made a further legend out of Duncan Fletcher.

The 13-run victory, though, was all Zimbabwe would have to show for their first tilt at a World Cup and the Baggy Greens would spend the next three decades making them pay for their audacity.

Zimbabwe had to wait 31 years and 27 matches before managing to record another win, finally toppling Australia once more with a three-wicket triumph in the 2014 Tri-Series in Harare.

Elton Chigumbura’s unbeaten 52 was the stand-out performance as the Australians were humbled in what remains the last meeting between the two nations.

BBC Sport
@BBCSport
Zimbabwe beat Australia by 3 wickets in their ODI in Harare. It's their 1st win over Australia in a 50 over ODI since the 1983 World Cup.
216
124

A fixture first played all the way back in 1905, Ireland’s first win eventually came 111 years later, after 28 previous tries (no pun intended). At the 2016 Autumn International in Soldier Field, Chicago, that century-long winless run was ended with a 40-29 victory over Steve Hansen’s men.

The best Ireland had previously managed was a 10-10 draw at Lansdowne Road in 1973, with 22 straight defeats being suffered in the intervening years.

The historic first win in the United States was a fitting tribute to former international and Munster head coach Anthony Foley, who had passed away the previous month and to whom the pre-match ceremonies had been dedicated.

Two years later, Ireland recorded their first win over the All Blacks on home turf, a 16-9 victory at the Aviva Stadium, Dublin, in November 2018. 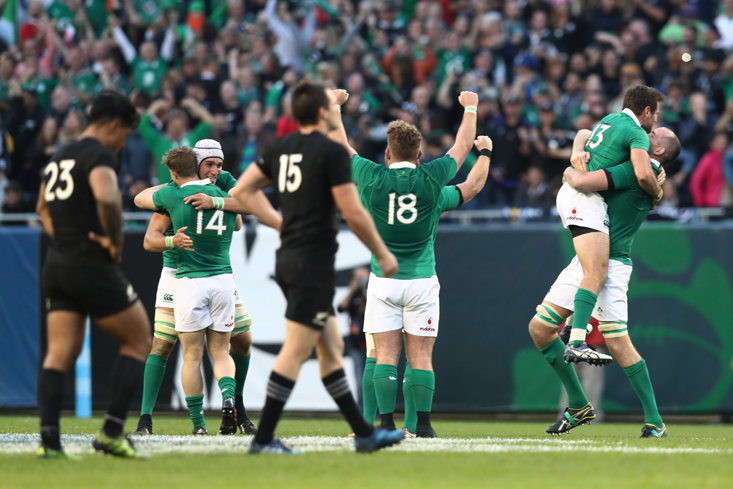