Football
Features
The best defensive season the Premier League has ever seen was led by the young keeper
Simon Lillicrap
08:05, 04 Oct 2021

When Jose Mourinho walked through the door at Stamford Bridge in 2004 and proclaimed he was “The Special One”, the whole world sat up and took notice. For the incoming Petr Cech, he must have wondered what on earth he had signed up for - yet this manager would help turn him into the greatest Premier League keeper of all time.

Mourinho’s summer signings turned his squad into an incredibly strong one, but when Cech arrived as the most expensive goalkeeper in Chelsea's history, he wasn’t even the number one choice. That was the experienced Carlo Cudicini, who only lost his place in pre-season due to an injury and from that point onwards, Cech and Chelsea never looked back.

That season was a seismic one for both the player, the manager and the club as a whole. For years Manchester United and Arsenal had formed a duopoly at the top and yet here was the new kid on the block, with money to spend and the most charismatic manager in the world.

But for all the hype and glamour signings, it was Cech who was the most vital component of that Premier League winning season. He was the calming presence, the one who organised an almost impenetrable defence and with his composure, Chelsea romped to the title. That season must go down as one of the most impressive Premier League achievements, and perhaps the one that will never be beaten.

Across 38 matches, in which Cech played 35 of them, Chelsea conceded just 15 league goals and Cech kept 24 clean sheets. Both records are still untouched to this day and it is difficult to see any side coming close to them, but for the Czech goalkeeper to pull this off in his first season in English football was simply outrageous.

When he was in the team, Chelsea conceded just 13 Premier League goals. 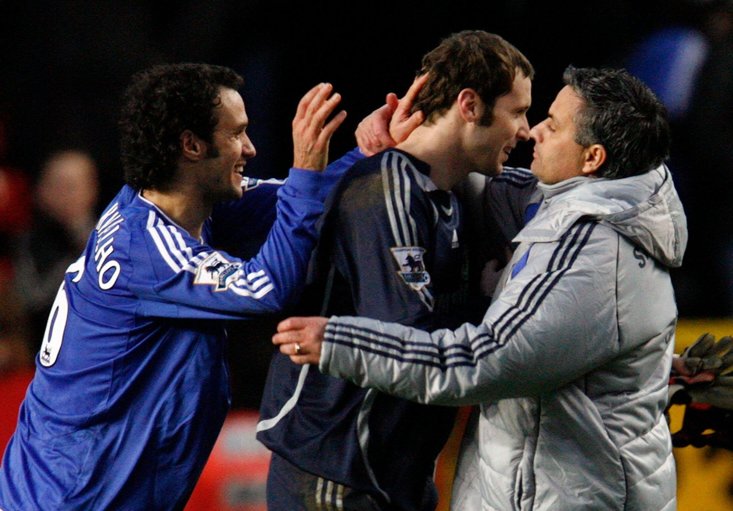 Chelsea only conceded more than one goal in two matches across the season, only lost one game on their way to the title (to Man City) and were only denied in the most dramatic of Champions League semi-finals thanks to Luis Garcia’s ghost goal.

To put this defensive achievement into some context, when Manchester City won the title last season they conceded 32 goals. More than double. When Liverpool won their first Premier League title they conceded 33. And when Pep Guardiola and Jurgen Klopp battled to the title that saw them amass 98 and 97 points, they still conceded 23 and 22 goals respectively. City’s centurions, who broke almost every record in existence, still conceded 27.

This is why it feels like 15 goals conceded will never be broken in a 38 game Premier League season. Even when hugely dominant teams have romped to the title, they have still conceded over 20 goals, with only Arsenal in 1998/99 going close as they conceded 17.

Cech went on a run of over 1,000 minutes without conceding during that season to set a record that was only broken by Edwin van der Sar but this season, in terms of the defence as a whole, and Cech’s performance, will never be beaten.

The best Premier League goalkeeper of all time.