The scorching Bonneville Salt Flats of Utah. As far as the eye can see, the view is only a two-tone white and blue, a cruel unforgiving landscape of just sand and sky. This is a place you do not want to be alone. But you are, and you’re travelling faster than anyone has gone before you. There is no protection, no safety, no survival cell around you, just a helmet whose visor is taking the merciless brunt, as salt and dirt continuously attempt to pummel your skull. By now, travelling on the straight, you’ve long left 100 miles per hour far behind.

But you’re not in a jet, in a dragster, or even on a motorbike. You’re relying on pure pedal power.

The meter hits 183.932mph. You’ve just become the fastest human being on a bicycle. Reaching the same speed as a Boeing 747 just before take off. Would you dare? On September 16, 2018, one person did. Two years ago this human being emerged from the feat, having broken a two-decade old record. 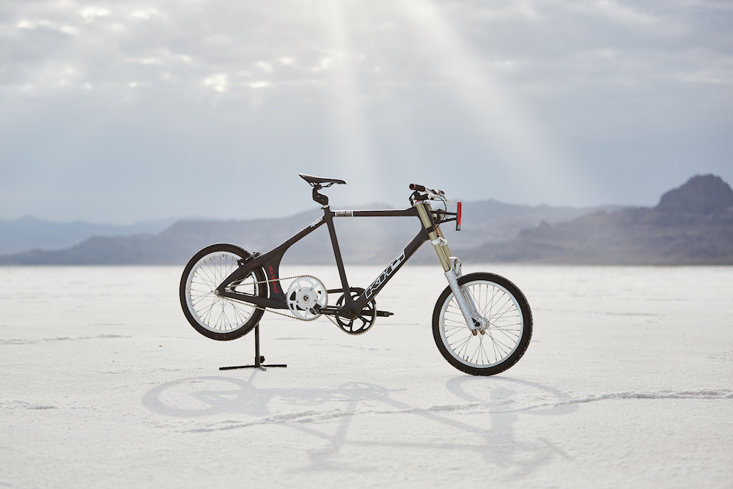 Let’s go back to that September Sunday. After-reaching superhuman speeds, the figure still has the glistening red pock-marked visor down as they step off the wheels, wearing a leather-and-Kevlar racing suit, the burning desert sun on their back.

This is the record-breaker. The person who has boldly gone where no-one has gone before on a bike. But this isn’t Bradley Wiggins, Chris Hoy, Evel Knievel, or even the heir of Donald Campbell. This is a 45-year-old mother-of three Denise Mueller-Korenek, and she’s just written herself into the history books by hitting a standard no woman, or man has ever reached. The US daredevil has gone over 180mph on a bike. A push bike.

Shortly before her attempt - her second in two years - her ambition was clear. “Men have done it since 1899,” she declared, “I get to be the first woman. It was a no-brainer. I’m doing it.” 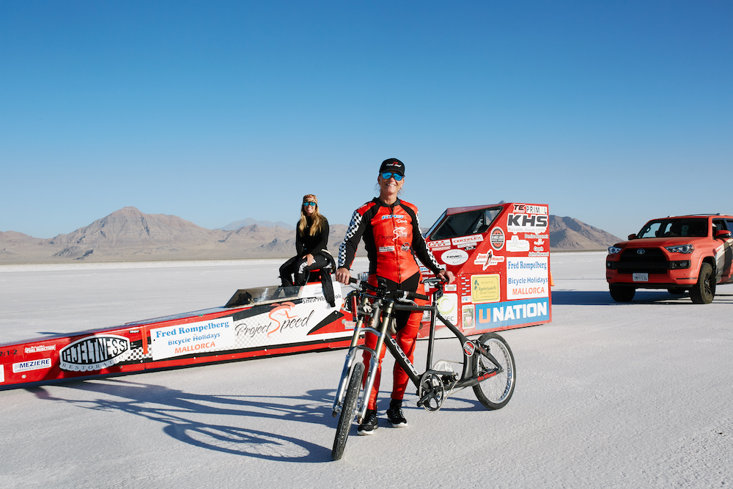 A CEO of a security company, a competitive racer, and a mum (or ‘Mom’, for our TransAtlantic friends), Denise is what is known as a ‘motor-paced cyclist’, and her intention that September was to beat a 23-year record held by Fred Rompelberg, with the Dutchman setting an admirable 167mph back in 1995.

For that Denise needed a custom-made bike. And a professional race-car driver. The bicycle itself featured two drivetrains, weighed just 16kgs and was 2.13m long, and would subsequently be pulled along by pro racer Shea Holbrook at speeds that would make Denise think she was in the centre of a cyclone.

“The wind was so huge,” Denise explained to Populous. “It’s like being in the middle, I would assume, of a hurricane. You can’t hear anything but that wind, buffeting and howling stronger and stronger, the faster we went.” Communication with others was impossible. Instead, she had to adapt by using head movements and a video link to instruct her driver, nodding and shaking her head to indicate speeding up or slowing down. Otherwise, it was a challenge for Denise to mount alone.

Initially pulled along along the five-mile (8km) course via a rope attached to a pace car - a 1,000- horsepower methanol-fuelled dragster equipped with a faring - because the gearing on her bike was so high that pedalling from a standing start wouldn't have been possible, in order to reach her record-breaking speed, Denise had to reach over 100 mph with Holbrook’s assistance, before being released to pedal herself. 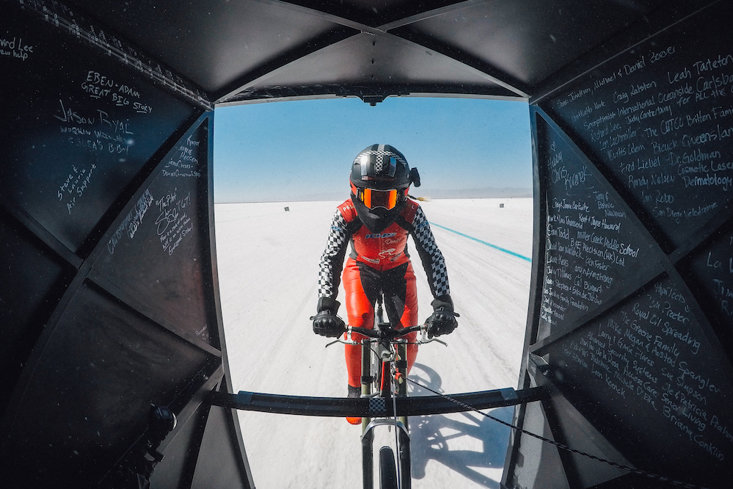 And then, she was on her own, travelling quicker than the fastest bird on the planet, as she rode in the slipstream of the dragster for 3.5 miles. The motorized vehicle ahead of her bore a hole through the wind, that draft creating a pocket of air for Denise to ‘surf’. She was riding a virgin wave, with the crystallized salt flat her ocean, a serene setting that was both a picturesque place for a record, and covert in the danger it possessed. Though Denise couldn’t have had better coaching, having been accompanied by a man who had literally ‘been-there, done that’. Denise had been trained by John Howard, the athlete who held the record for ten years between 1985 and 1995. The dragster in front of her was even lent to her by the man she was trying to take the record from, Fred Rompelberg.

"It was a crazy wild ride to 183.9 mph, but so worth the sacrifice and years of focus on becoming the fastest human on a bicycle in the world," Denise said in the glow of her feat to the BBC, "We weren't supposed to go more than 175!"

She achieved the record average of 183.9 mph over the last mile, a speed registering over 100mph faster than a cheetah in full sprint, nine times faster than Usain Bolt at his peak, and a pace that would have seen her reach Paris from London in just over an hour. 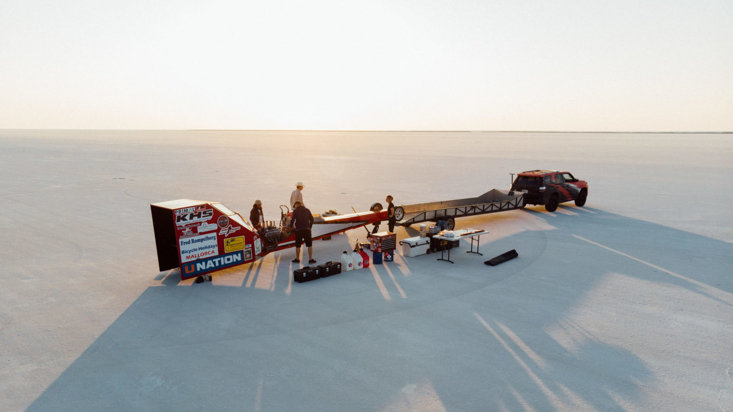 With only that Kevlar suit and a helmet, veering slightly off track behind the dragster could have been fatal. A slight movement to the left or right and the inrushing air would have torn her instantly from her bike.

“It’s like driving 180mph in a car, rolling down the window, and then sticking your arm out. Imagine what would happen to your arm,” she told Populous, “I was like a ping-pong ball being pushed left and right, doing everything to stay upright. It was a terrifying situation. If I’d fallen off, it’s anybody’s guess what would have happened. But it’s more likely not to survive than to survive.”

Survived she did to cement her place in the Guinness World Records, the first and only woman in history to hold the world record, which was first established in 1899. Two years after making history on the Bonneville Salt Flats of Utah, the fastest cyclist on earth remains that brilliant, pedal-powering and empowering American Mom.